A crowd of people surrounded by police gathers in the Bindermichl displaced persons' camp in Linz, Austria. 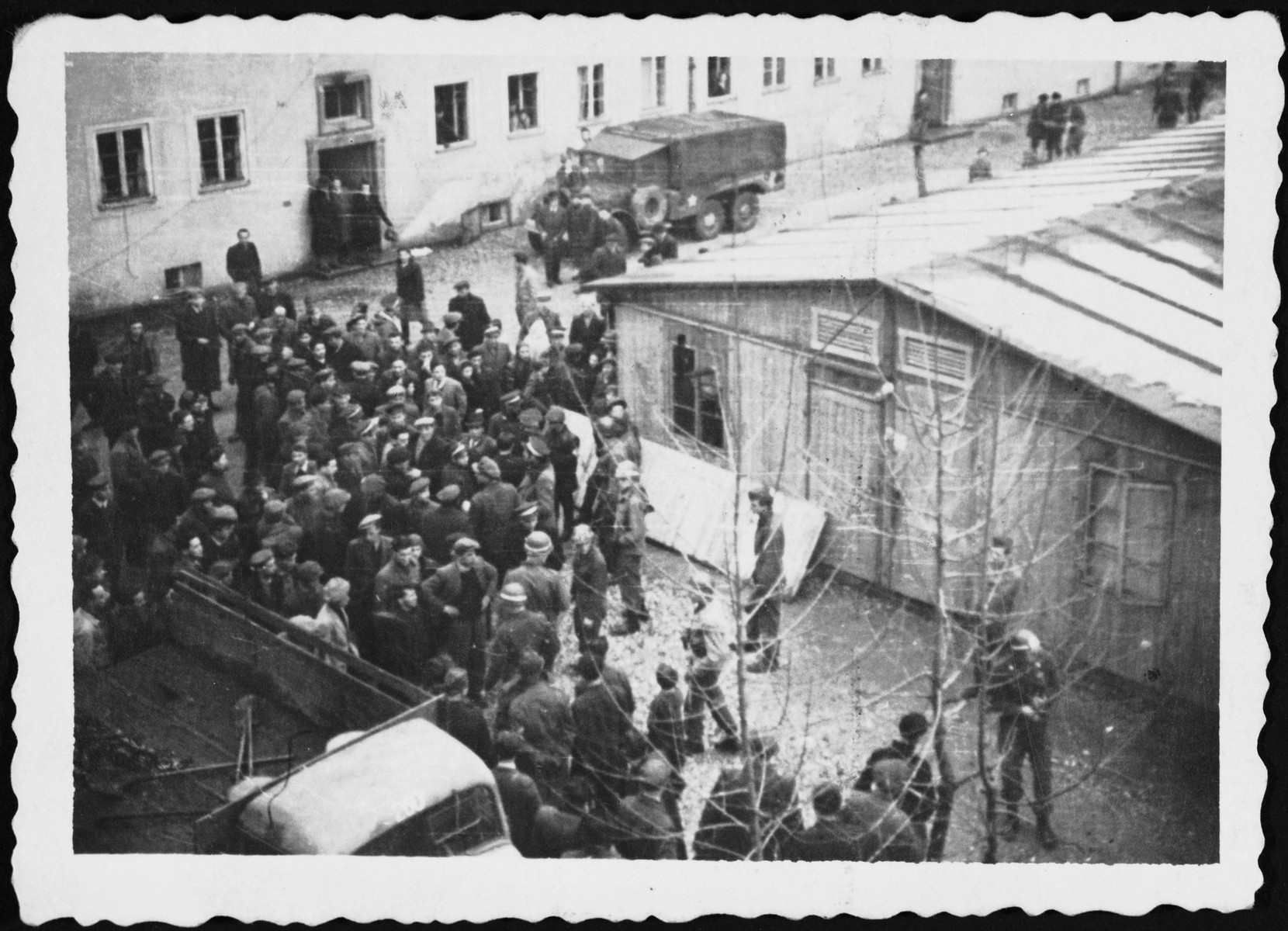 A crowd of people surrounded by police gathers in the Bindermichl displaced persons' camp in Linz, Austria.

Biography
Simon Goldman is the son of Jacob and Rachel (nee Kasztan) Goldman. He was born on April 1, 1929 in Lodz, Poland. He had three brothers and one sister: Yechiel, Manya, Wewel and Abram. Simon's mother passed away when he was only ten years old, the same year that World War II began. Simon was briefly in the Siedlce after the war broke out. However, he managed to be hired as a cow hand and passed as a Gentile on a farm from the end of 1941 until liberation using the name of Marion Kowlaski (that of a former neighbor of his in Lodz). None of his immediate family survived the war. After the war, Simon went to the Bindermichel displaced person camp in Austria. He arrived on Yom Kippur 1945 and remained until November 1946. He then immigrated to the United States on board the Marine Marliner. He arrived in New York on December 20, 1946. Ten days later he was sent to Cleveland and from there to Detroit where he settled with a family. Simon joined the U.S. Army in 1951, married another survivor and has three children.