Martha Holzmann takes a boat ride near the Austrian Alps. 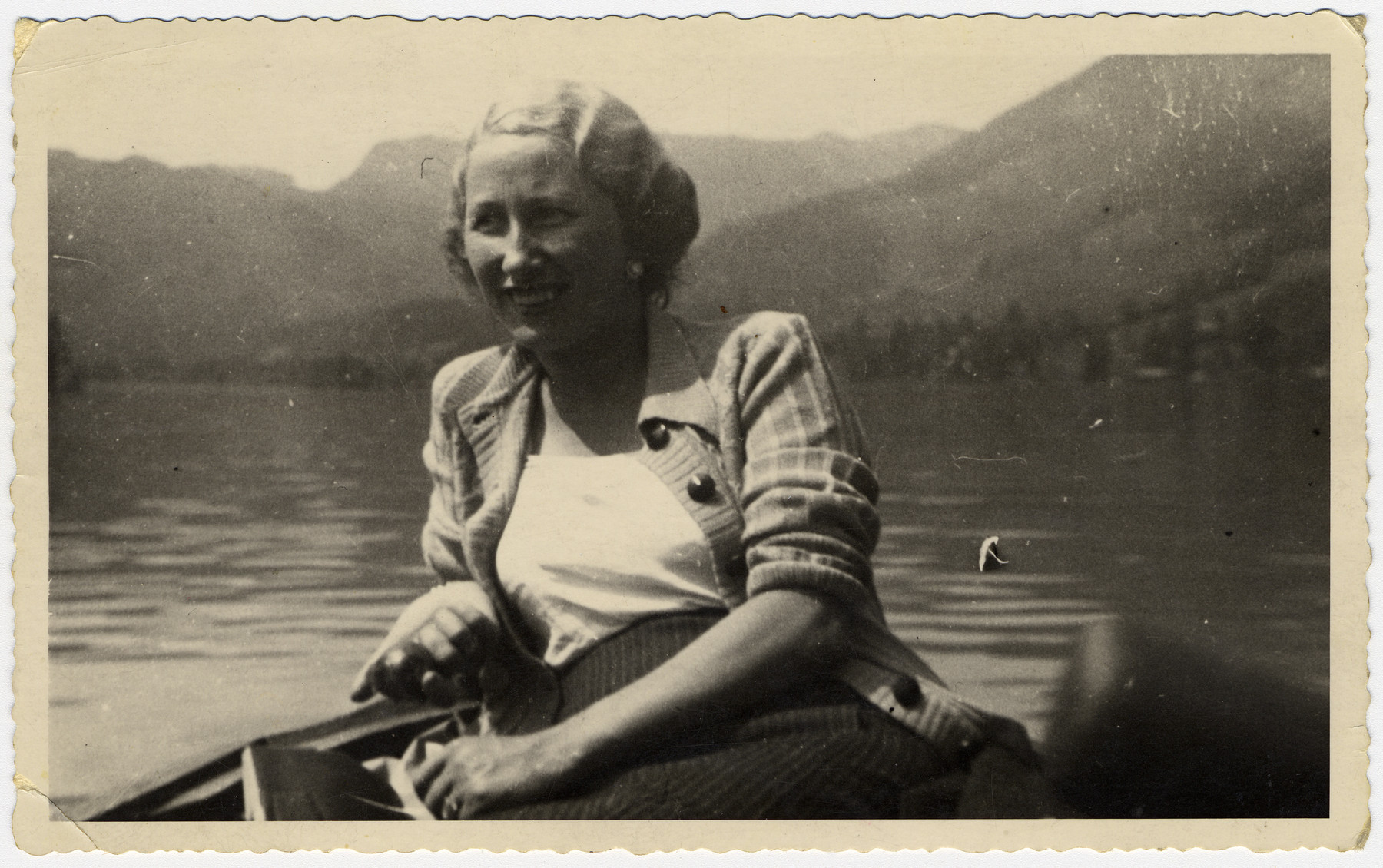 Martha Holzmann takes a boat ride near the Austrian Alps.

Biography
Martha Holzmann (the mother of the donor) and her twin sister Erna were born in Vienna on April 27, 1907. They had one older sister, Irma, born approximately 1904. They were the daughters of Sigmund and Matilda Holzman. Martha married Mr. Braun and immigrated to the United States shortly after the Anschluss. She later divorced and remarried Frank Deutscher. Her sister Erna immigrated to the United States in 1940. Their parents perished in Auschwitz.