Harry's cousin, Albert, sits as a member of the Free French Army in 1945. 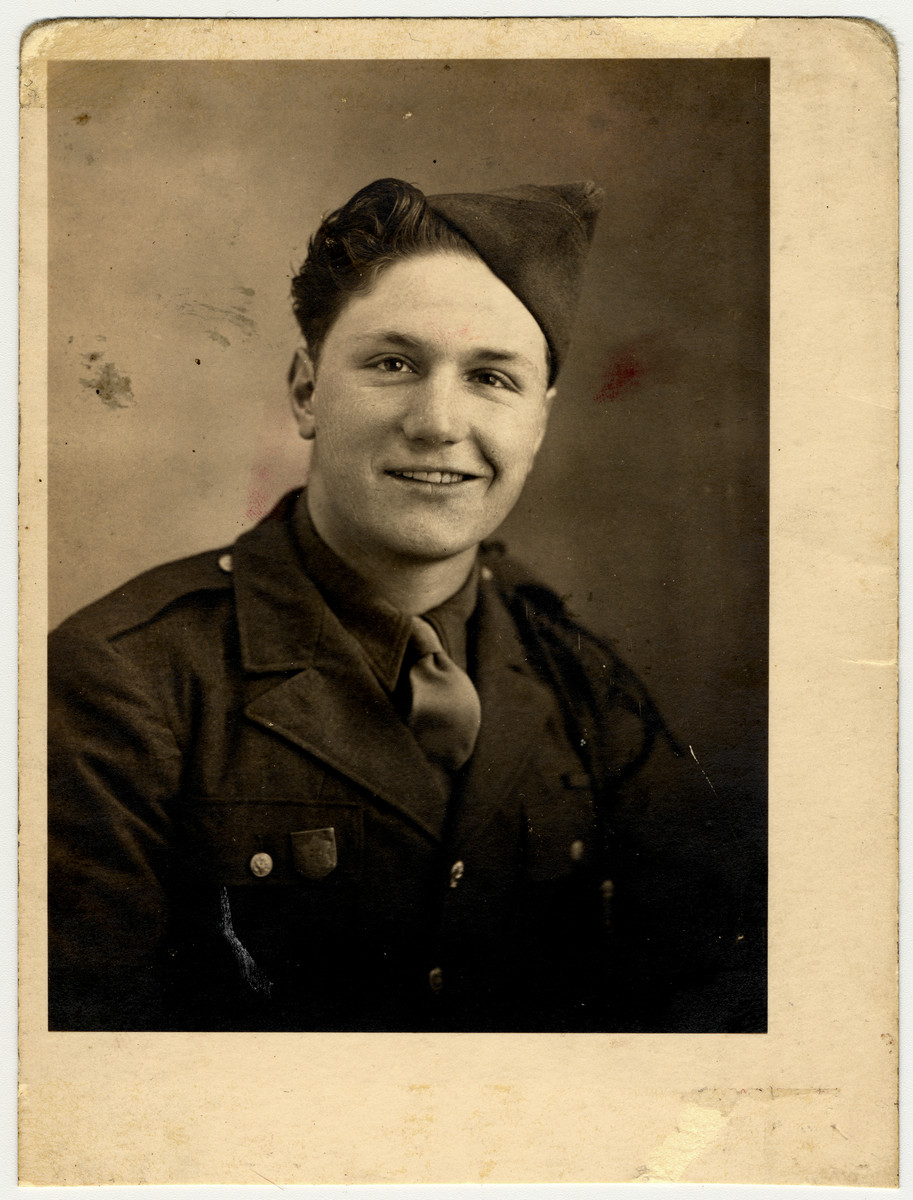 Harry's cousin, Albert, sits as a member of the Free French Army in 1945.

https://encyclopedia.ushmm.org/content/en/article/german-administration-of-poland. https://encyclopedia.ushmm.org/content/en/article/ghettos-in-poland.
Biography
Harry Posmantier (born Henoch) was born in Bedzin, Poland on December 24, 1921 to Chaim David and Gitl Posmantier. Chaim was a butcher in the town, and he died in the concentration camp Klettendorf (in Germany) in 1944 at the age of 51. His mother, who had been a housewife, was gassed at Auschwitz in 1943 at the age of 46. Harry's brothers, Isaak and Schlomo, were both sent to concentration camps from '42-'45 and '43-'45 respectively. They both survived.

Harry lived in Bedzin from his birth in 1931 until October 1940. During the war, he was sent to twelve labor and concentration camps (from October 27, 1940 until April 30, 1945). On April 30th, Harry was liberated by the US 3rd Army and a Jewish tank seargant from Brooklyn. He was liberated from Staltach, Bavaria at the age of 24. After liberation, Harry lived at the Landsberg D.P. camp in Bavaria. He lived there from May 1945 - March 1948. On December 22, 1945, Harry married Ruth Judith Katz. They married in Landsberg, and in 1948 the couple departed from Marseille, France on the Mala ship to emigrate to Israel illegally. They later immigrated to the United States.