A group of displaced persons sits around a table in Zeilsheim following a memorial service for victims of the Holocaust. 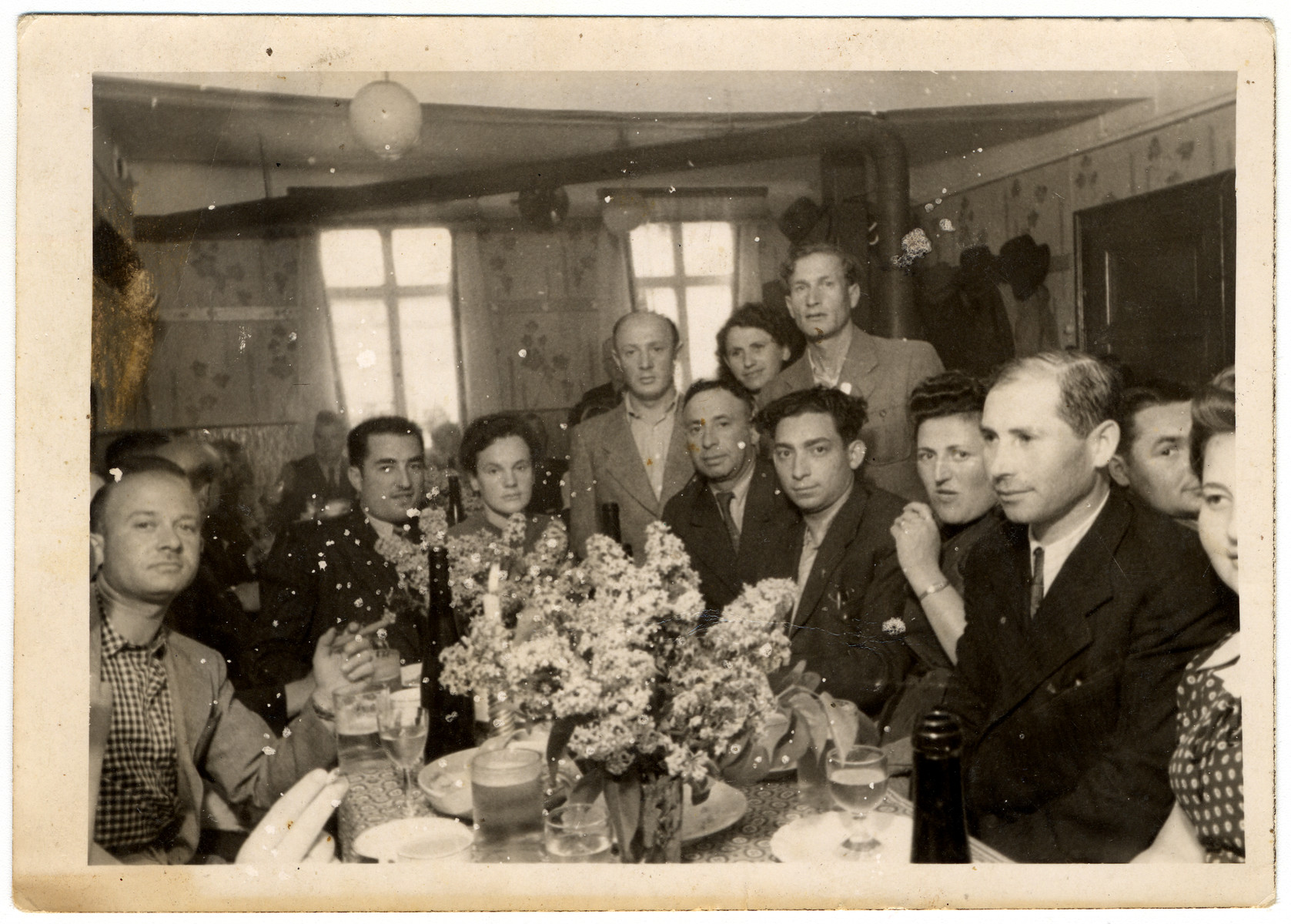 A group of displaced persons sits around a table in Zeilsheim following a memorial service for victims of the Holocaust.

Roman Bol is pictured, standing in the back, on the right. The man pictured second from the left has been identified as Leon Greenberg (later Green) of Gabin, Poland.

Biography
Raymond (Roman Bol) Boll (grandfather of donor) was born in Juliseew, Poland outside of Gombin. His family were butchers and he took over running the business at a very young age. He married Bella Wojdeslawski, the daughter of a tailor from Gombin. In 1939 they fled Gombin iwith a few family members. Only the ones who fled with them survived the Holocaust. In their journey, Russians sent them to work camps in Archangelsk and then they were shipped with other deportees to Uzbekistan. After the war, they came to Germany and settled in Frankfurt-Am-Main at the Zeilsheim DP camp, where Roman organized a synagogue. Raymond spoke seven languages and may have worked for the CIC. Eventually Roman and Bella immigrated to America and settled in New Jersey. He served as a president of the NJ Gombiner Young Mens Benevolent Society (the descendant organization which united the NY, NJ and Chicago Gombiners is now called The Gombin Historical and Geneological Society).