Lieutenant Myron Moses writes at his desk in the offices of the Signal Corps in Suippes, France. 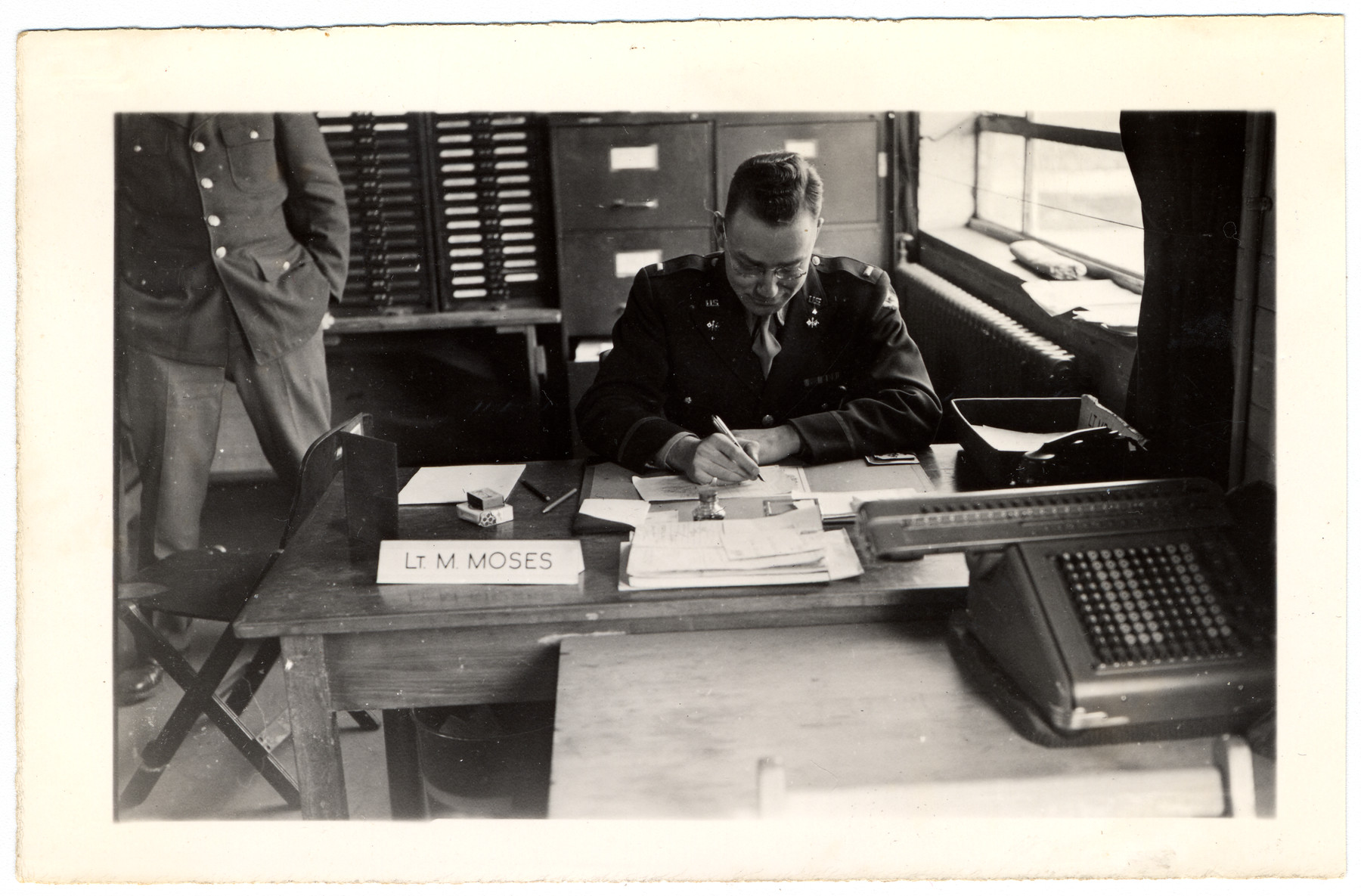 Lieutenant Myron Moses writes at his desk in the offices of the Signal Corps in Suippes, France.

Biography
Myron "Mike" Moses was born around 1920. At the age of 17, he co-wrote the lyrics to "Everything Happens to Me," a song later recorded by such artists as Frank Sinatra and Billie Holiday. He sold the song for a mere fifty dollars. In college, he played pitcher for New York University's baseball team. In January 1942 Mike enlisted as a private and a mere thirty-eight months later rose to the rank of captain. The Jewish GI was on the beaches during the invasion of Normandy, and the U.S. Army mistakenly sent his parents a letter that Myron was Missing in Action and presumed dead; he had actually been separated from his unit on D-Day and found himself in another platoon. During the Battle of the Bulge in Belgium, shrapnel hit Myron's backside. The very first day out of the military hospital, a V2 rocket hit him in London, sending him back the same day to the recovery ward. He later participated in the "crash-through" into Germany. At one point, he was captured along with other Americans by the Nazis. Because he was a Jewish GI, Myron had to be especially careful because Jewish GIs could even be treated differently. He explained to his grandson, Josh Norek, "I escaped with a few other American prisoners at night by knifing the guard and fleeing the camp." Eventually, he did witness the carnage of the Holocaust and was a first hand witness of the concentration camps.

For his service, he wore five stars, received two Purple Hearts, and was awarded the Bronze Star Medal. Toward the end of the war, he served as an officer in charge of stock control for the Signal Corps. He later supervised the Signal Corps work in the Assembly Area Command at Rheims, France. During his time in the Signal Corps, Myron took many photographs as an amateur and sent them back to his parents. He never photographed for the company.

Myron eventually had five children and he passed away in 2003.