Nurses and doctors of the hospital Chateau du Boscla pose with injured French fighters after the Normandy landings. 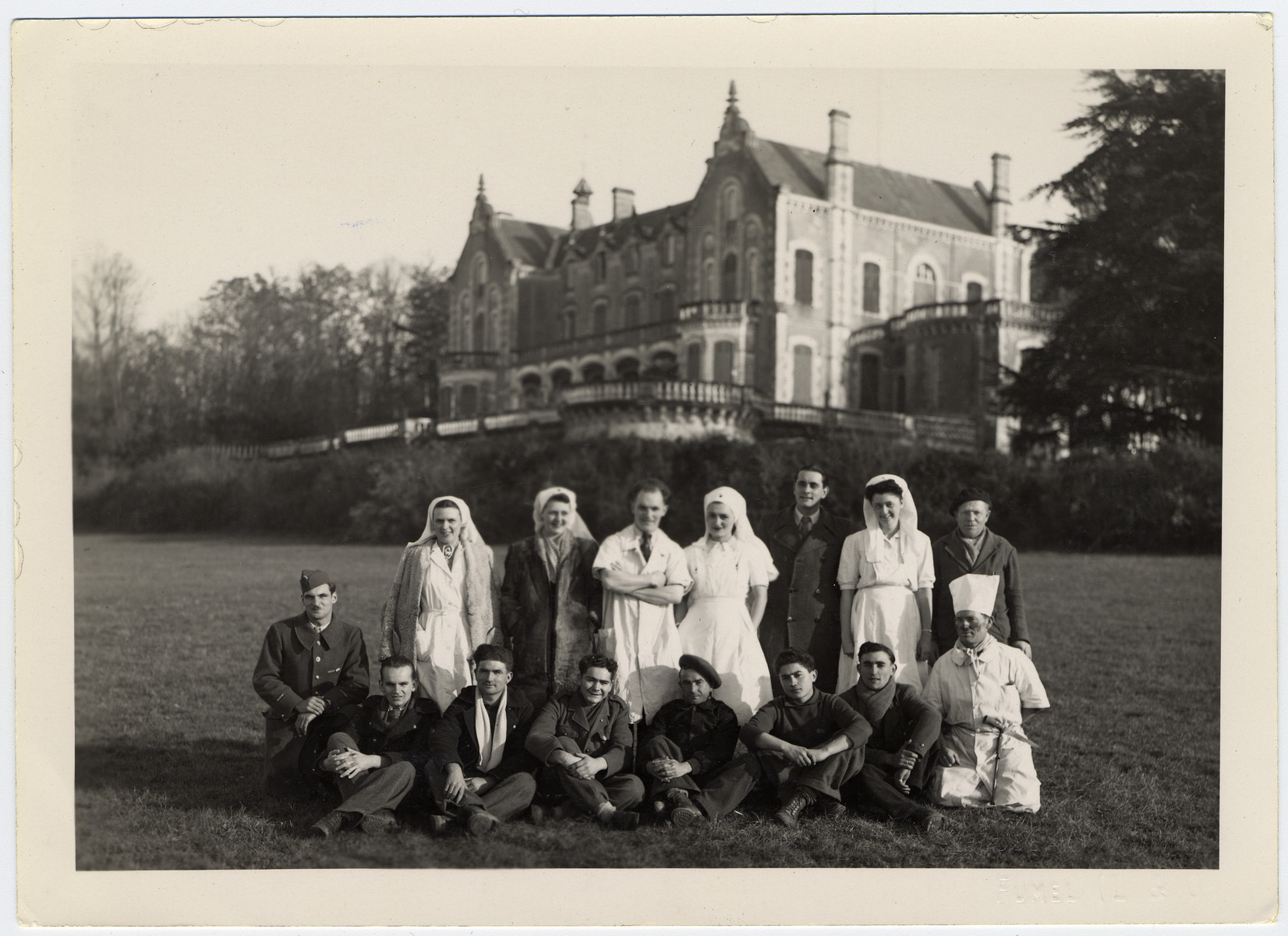 Nurses and doctors of the hospital Chateau du Boscla pose with injured French fighters after the Normandy landings.

Franklin Mendels, the brother of the donor (named after Franklin Roosevelt) was born in the same hospital while the family was in hiding nearby.

Pictured standing in the center is the director, Dr. Robert Boquet and his wife Genia Boquet.