Class portrait of students in the Carlebach School in Leipzig, Germany. 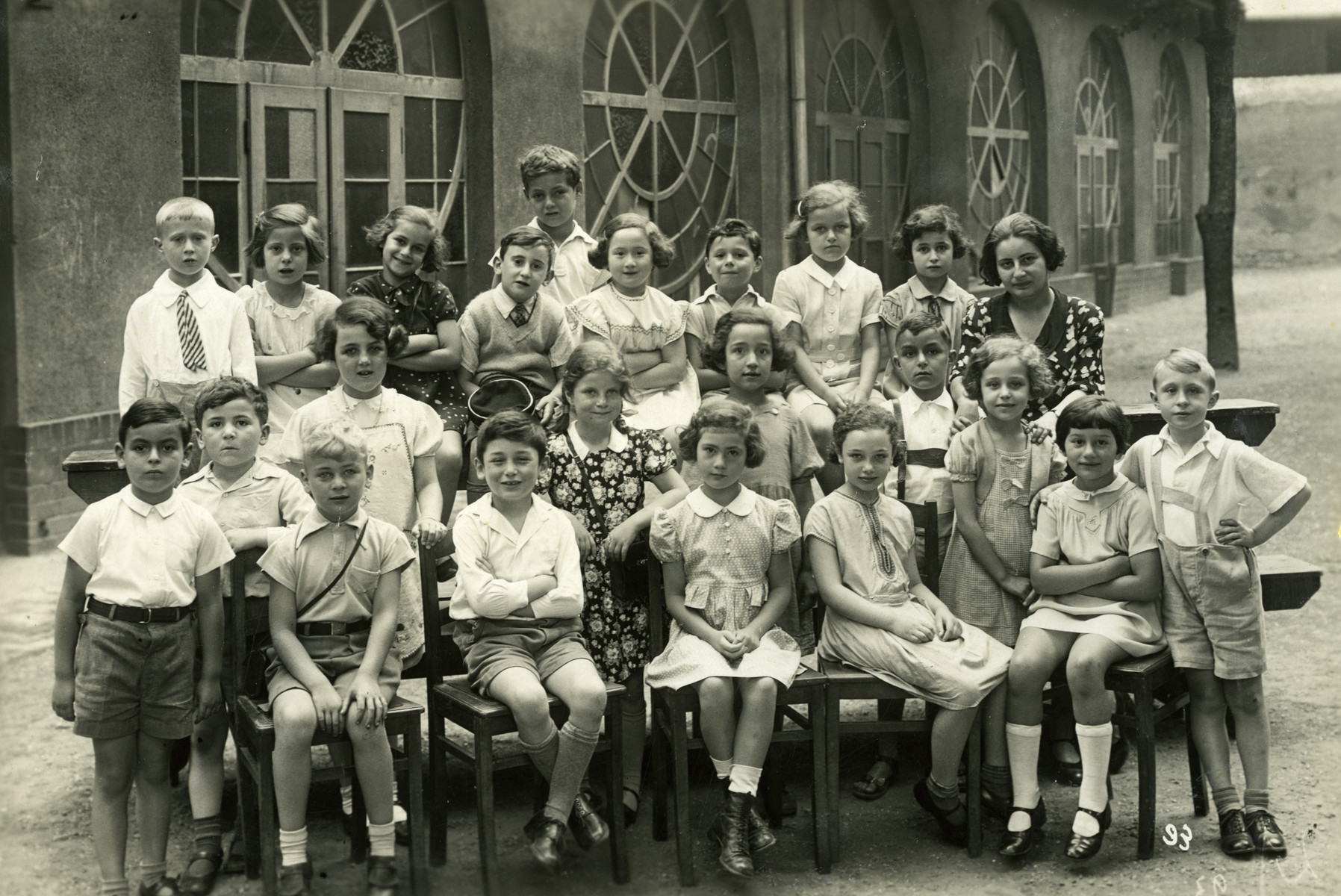 Class portrait of students in the Carlebach School in Leipzig, Germany.

Among those pictured are Irene Mayer, Esther Heppner, Paula Grunewald , Akiva Zwick and Hans Koch. Erich Petruschke (later Peters) is pictured next to the teacher.