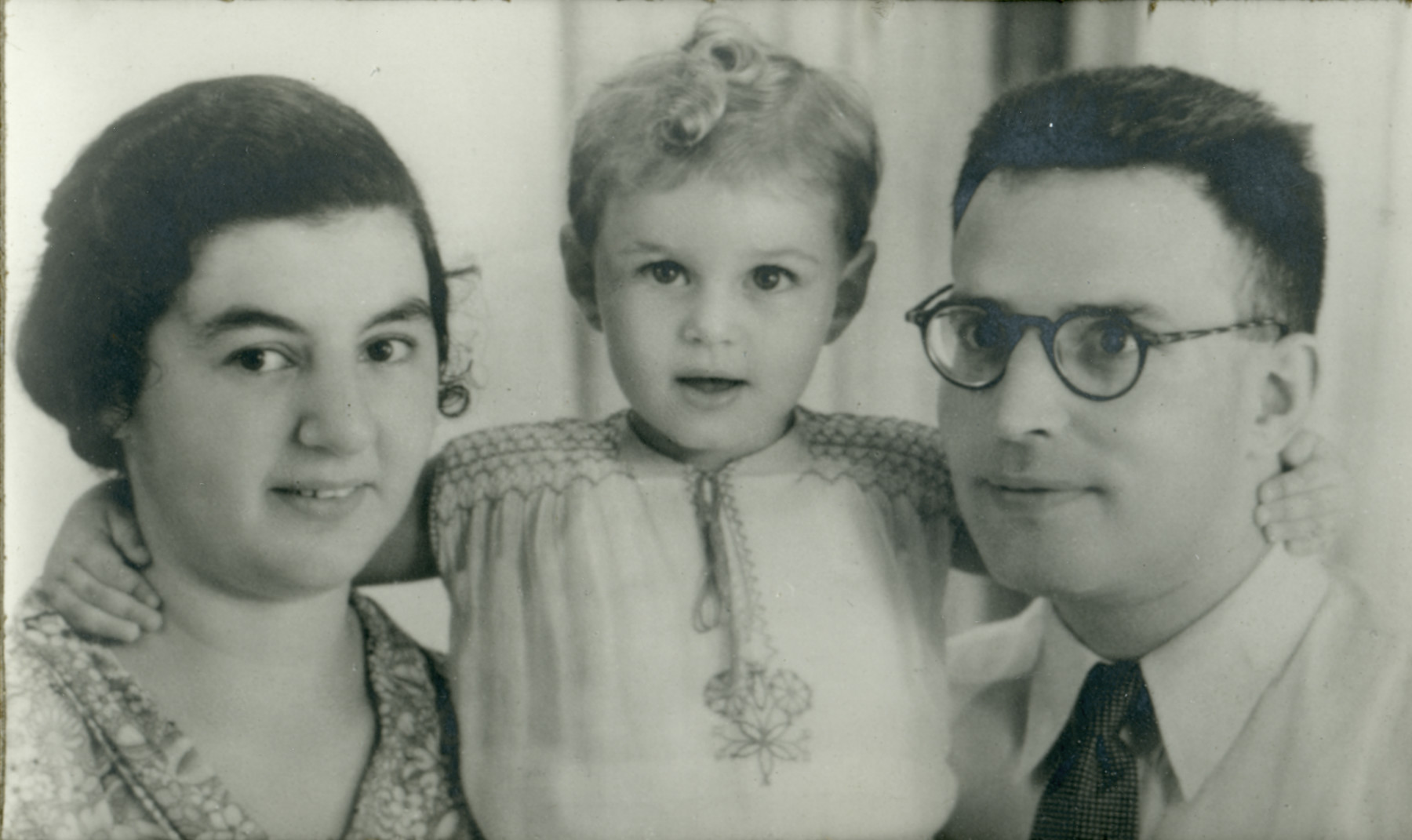 Biography
Chana Arnon (born Chana Benninga) is the daughter of Noah Benninga and Lena Benninga Frank. Her parents got engaged while Noah he was working on his doctorate in chemistry at the University of Groningen. They married in October 1937, and Chana was born in February 1939. Noah, believing that the worse could happen if Germany invaded Holland, prepared an escape plan for the three of them and Lena's parents, Zadok and Anna Frank. He transferred assets to a bank in London, and in March 1940, they rented an apartment in the coastal city of Haarlem from friends who had already fled a little earlier. After Germany's invasion and Holland's capitulation on May 14, 1940, he put his plan into action. Tragically Zadok Frank could not reach the family in time, and he subsequently perished in Auschwitz. Chana, her parents and grandmother (together with some other Jewish families) escaped on a fishing trawler from the port Ijmuiden, near Haarlem, to Folkestone, England. The trip took two days. However, as Holland was occupied by Germany, the Benningas were officially classified as enemy aliens. The only country they could legally enter without a visa was the Dutch East Indies. Noah booked tickets on a ship to Australia and from there to Jakarta (then Batavia). They set sail on July 2, 1940. About thirty-five Dutch refugees were on board the over-packed ship. Thirty-five days after leaving Southampton, England, the boat arrived in Australia. From there they traveled to Indonesia arriving in Batavia in August. They stayed for two weeks with a non-Jewish Dutch family, the Kraaks. They then shared a small home with Lena's cousin, Izak. (He later was later drafted into the Dutch army and perished from exhaustion and illness on the Burma railroad.)

In March 1942, Japan invaded the Dutch East Indies and soon after the Japanese began isolating the Europeans. In April 1943, the Japanese concentrated all Europeans in ghettos. At first families remained together, but eventually the Japanese isolated men and women in increasingly worse conditions and separated out Jewish refugees. The camps were overcrowded, water and food were scarce, and disease was rampant due to poor nutrition and lack of sanitation. One day, two Japanese soldiers arrested Noah, while he was working in the lab of the Technical College, and brought him to an open truck filled with Europeans. He was taken to an unfurnished cell in the Inland Prison which he shared with 40 other prisoners. He slept on a cement floor, and for over a year, he had no contact with his wife and daughter. Chana and her mother spent the remainder of the war in a number of other camps including, Tjihapit, Bandung Tangerang, and Adek. They frequently were sent by trucks and trains from one camp to another without any reason. The women slept on rolled mattresses which they took with them on the transports. They were finally liberated in August, 1945. The following month, Maurice Cohen (a friend of Noah) brought them to his house in Bandung by train. Chana saw her father for first time in over two years and didn't recognize him. About a month later, Chana awoke in bed to hear her mother and grandmother screaming and crying. The family had been listening to the Dutch news on the BBC and for the first time heard a report of what had happened to the Jews in Holland. Now they understood that the majority of their family must have perished, and how lucky they were despite their suffering. After a few harrowing months in the house in Bandung (during which time an anti-colonial revolution by the Malay population was afoot), they returned by boat to Holland. They arrived in the Netherlands on February 14, 1946 and were greeted by Noah's father and Lena's sister, their only close surviving relatives. Noah and Lena then gave birth to three sons were born in three consecutive years, starting in 1947, and in 1954 the family moved to the US. In 1958, Chana received a one-year scholarship to the Hebrew University for a one-year program and ended up marrying and settling in Jerusalem. She has four children and nine grandchildren.

["Flight as Rescue": an unpublished memoir by Chana Arnon]