Identification card issued to Izidor Schwarz stating that he is an office worker employed in the main office of the Jewish community. 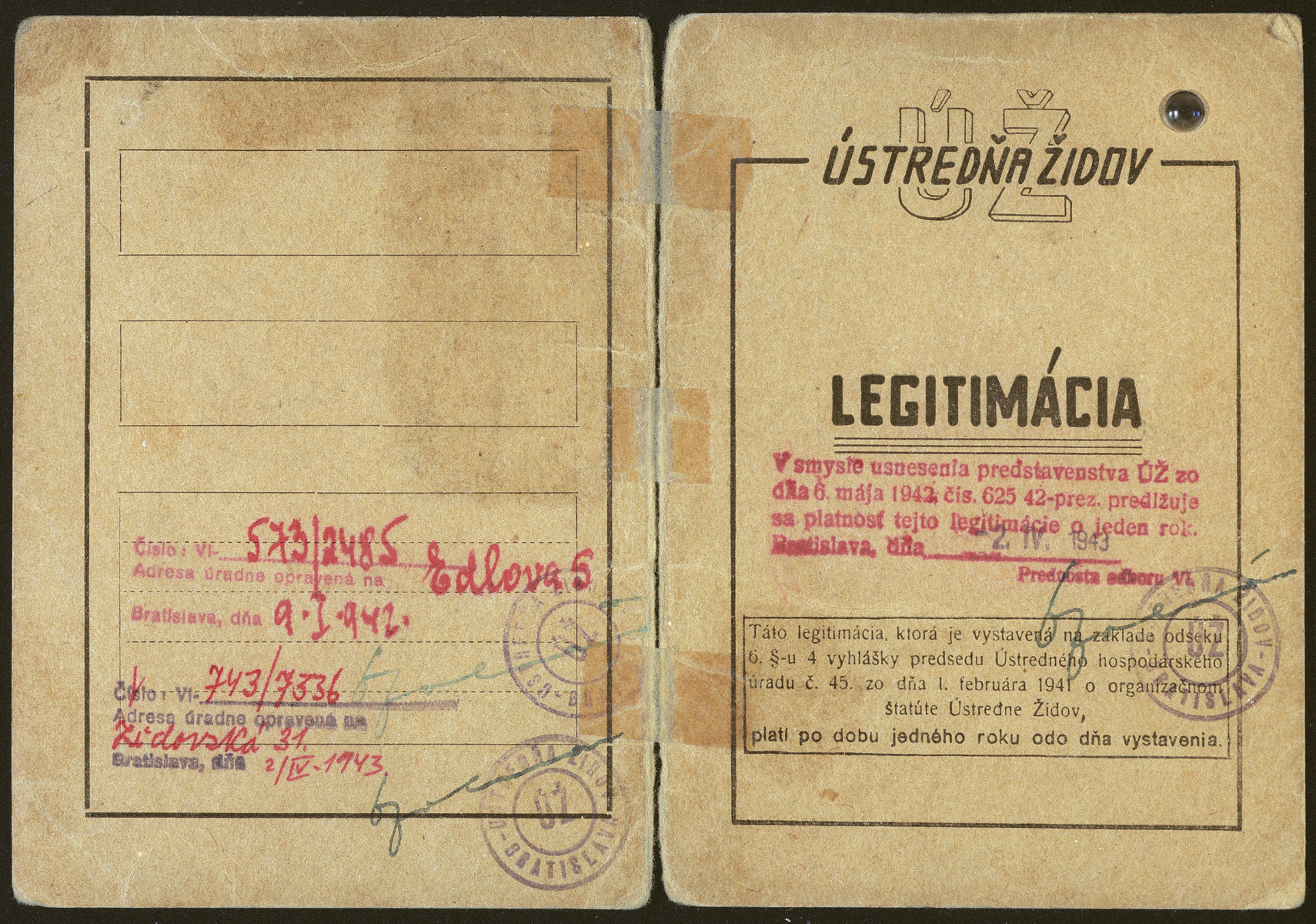 Identification card issued to Izidor Schwarz stating that he is an office worker employed in the main office of the Jewish community.

Biography
Avraham Schwarz is the son of Izador Schwarz and Leonia Grun Schwarz. Izador was born in Sered on January 5, 1909 and Leonia was born on September 30, 1907 in Tecin. Izador was the son of Moshe Aaron Schwarz and Ottilie (nee Weiss) and was one of ten siblings. Leonia was the daughter of Abraham and Mia Gruen. She also had many siblings. Izador's uncle, Heinrich Schwarz was the leader of the Slovak Orthodox community. This brought him to the attention of Dieter Wisliceny, Eichmann's advisor, who appointed him the head of the first Judenrat in Slovakia. This enabled Izador to work there as a secretary. Though some Zionists initially opposed the appointment of Schwarz they soon became convinced that he was doing his best to protect the community. In fact, the following year, the government deposed and arrested him for non-cooperation. Gisi Fleishmann, the former head of WIZO (the women's Zionist organization) and the Central Jewish Relief Committee also worked under the auspices of the official community. She founded a resistance group known simply as the Working Group (Pracovne Skupina) to save as many Jews as possible and hired Leonia to work as her secretary. After the Slovak uprising and disbandment of the Working Group, Izador and Leonia survived in hiding until liberation. After the war, Izador worked for Rabbi Frieder before immigrating to the United States in 1948. They went on to have three children. Naomi was born in Slovakia 1947; Avraham and Jay were born in the United States in 1949) and 1953, respectively.