Studio portrait of Lotte and Robert Wagemann, a Jehovah's Witness mother and son. 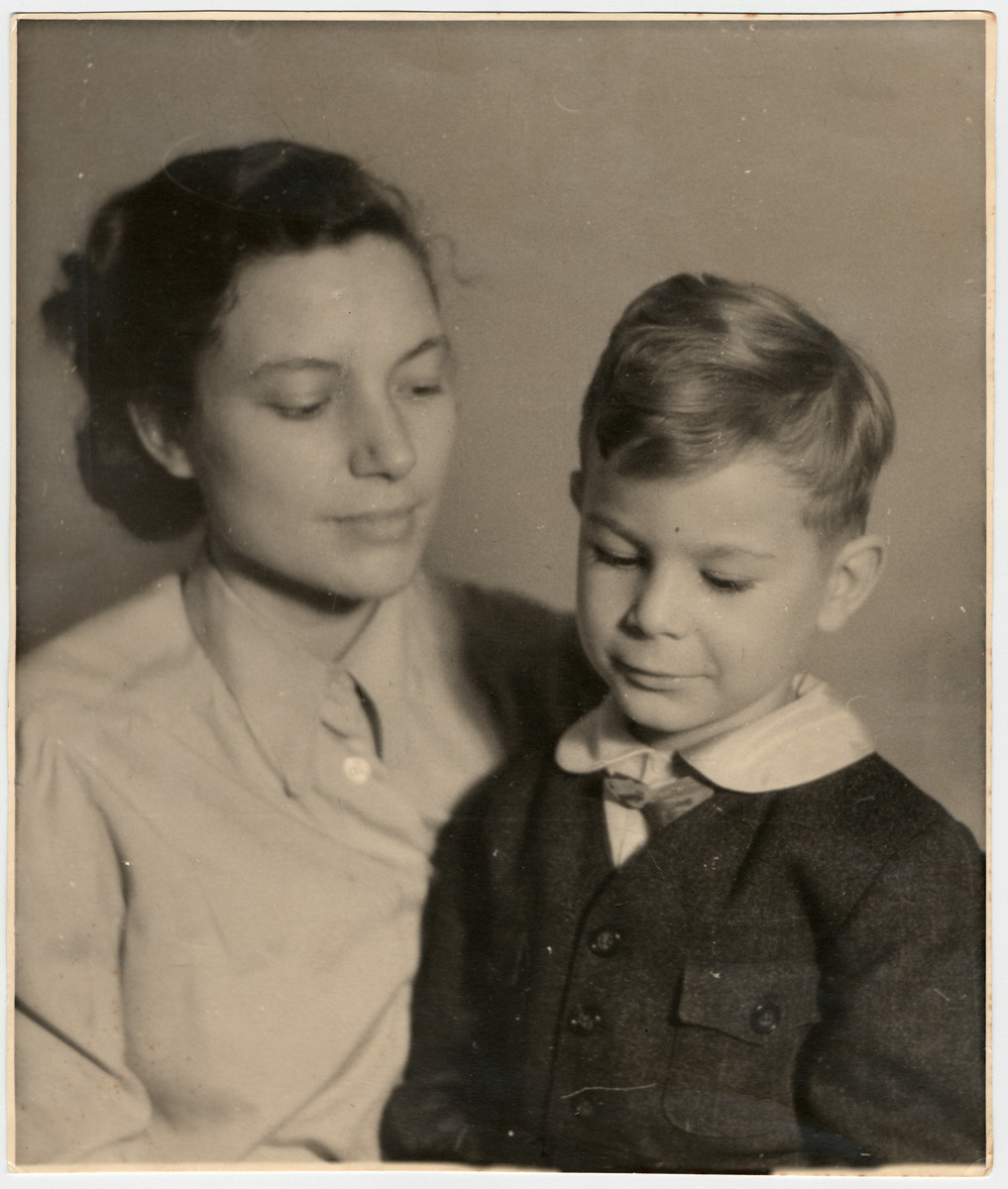 Studio portrait of Lotte and Robert Wagemann, a Jehovah's Witness mother and son.

Biography
Robert K. Wagemann is the son of Johann and Luta (Wheeler) Wagemann. He was born May 23, 1937 in Mannheim, Germany. His father worked for the BASF (Badische Anilin- und Soda-Fabrik or the Baden Aniline and Soda Factory) in the chemical laboratories. His mother helped his grandparents run their liquor store in the suburbs of Mannheim where they lived. Both Johann and Luta were converted Jehovah's Witnesses (known as Bibelforscher or Bible Students) who married in 1936. The popularity of the liquor store, coupled with a friendship with their Block Guard helped the family avoid persecution for much of the 1930s. Luta was arrested and imprisoned in Mannheim in 1937, when she was over eight months pregnant, for distributing pamphlets for the Jehovah's Witnesses denouncing the Nazi regime. During the amnesty granted to non-criminals on Hitler's Birthday, she was released. Just a few days later she gave birth to Robert. Her Jewish doctor had fled to Switzerland and the family could only afford a midwife who was unable to cope with the complicated labor. The breech birth shattered Robert's hip. The damage went unnoticed until he was almost four years old. An attempt to replace his injured hip with a silver one was unsuccessful. Shortly afterward, Robert's mother was summoned to bring him to the University Clinic in Heidelberg for a check-up. After his exam, Luta overheard the doctors discussing euthanizing him. During their lunch break, she gathered up Robert and their belongings, quickly left the clinic, and almost immediately went into hiding at the home of his paternal grandparents in Ingelheim am Rhein. In order to avoid persecution, his father became a factory inspector for the BASF and began travelling constantly for work.

Ingelheim am Rhein was comprised almost exclusively of Catholics and Protestants. Robert and his mother blended in easily because his grandparents were both Protestant and well-respected. During Robert's first day of school, the children had an assembly where they sang the National Anthem and saluted Hitler. Robert refused to do so, based on his beliefs as a Jehovah's Witness. This was noted by his teachers and the next day the police showed up at his house to collect him. His grandfather used his influence to ward them off long enough for Robert and his mother to escape. They spent the remainder of the war on the farm of his maternal grandparents near Neustadt an der Weinstrasse, in the suburb of Haardt. Since he and his mother could not official register, the family of four lived off two ration cards and what the farm could produce. His parents reunited after the war and returned with Robert to the home of his paternal grandparents. He attended the same school that he had before the war, now a child of eight years old. After completing school, Robert worked for the BASF as a scientific instrument apprentice. He married his wife in 1960 and immigrated with her and their children to the United States in 1967. n