Members of the Warsaw Maccabi swim team at a practice. This is the last photograph of the team prior to the start of World War II and the Holocaust. 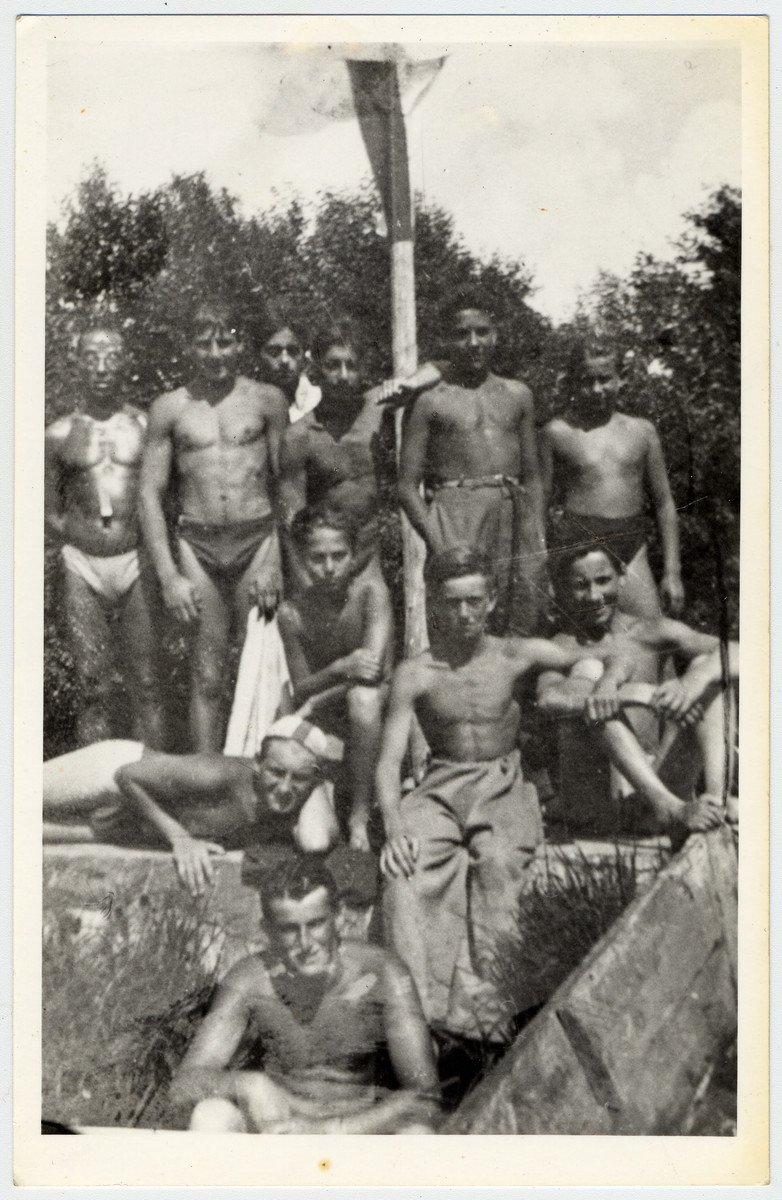 Members of the Warsaw Maccabi swim team at a practice. This is the last photograph of the team prior to the start of World War II and the Holocaust.

Biography
Samek (Shmuel Aharon)Tytelman is the brother of the donor Rachel Tytelman (later Wygodzki). He was born in Warsaw on July 10, 1921. He swam crawl for Maccabi Warsaw and participated in a major competition in Lvov less than a month before the German occupation of Poland in which he won second prize. Samek gave his sister the photograph when she saw him for the last time in May 1940. Samek was shot and killed in the Warsaw ghetto in 1942 while climbing on the ghetto wall.