Portrait of a man [possibly Philip Roiter] carrying a suitcase down an unpaved road in an unidentified locale. 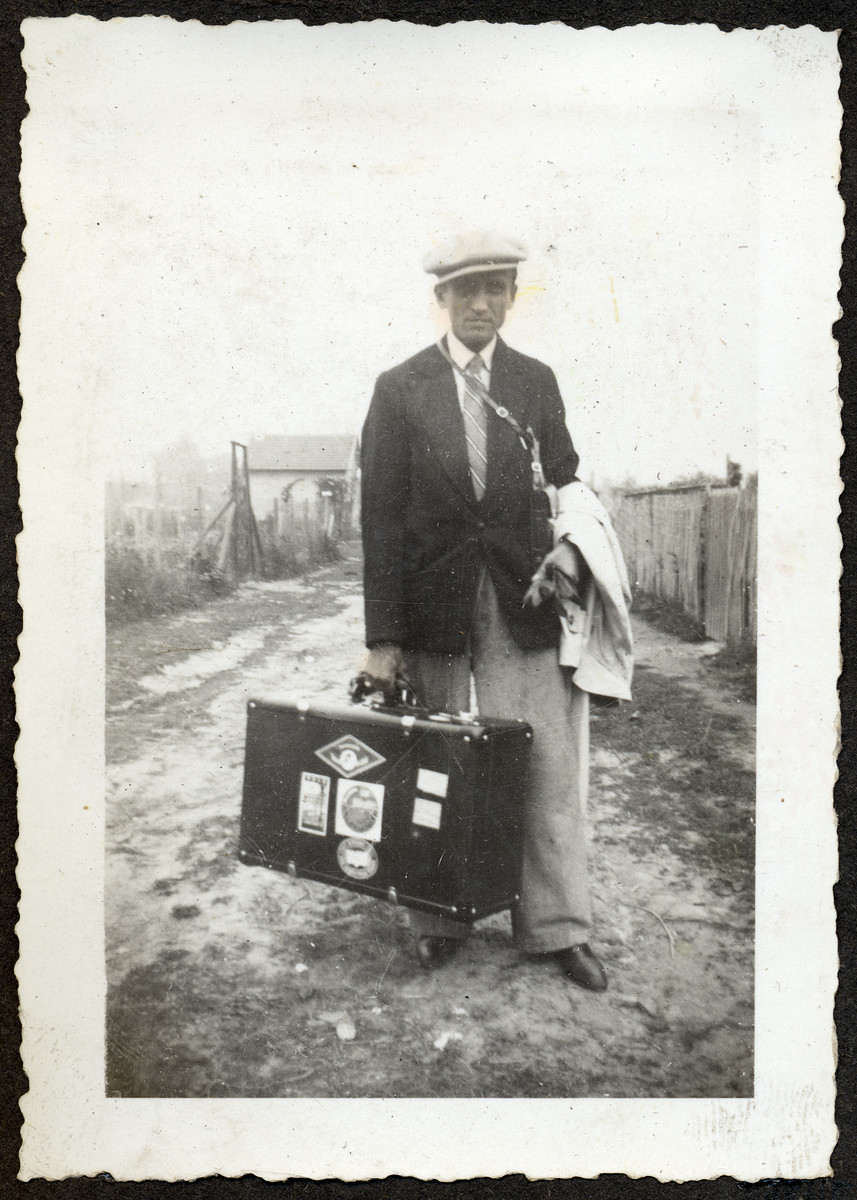 Portrait of a man [possibly Philip Roiter] carrying a suitcase down an unpaved road in an unidentified locale.

This is one photograph from the album of Rosalia Dratler Roiter. She later was deported to and perished at Auschwitz.

Biography
Solange Lebovitz (born Sarah Dratler) is the youngest daughter of Rosa nee Hershkovitz and Isaac Dratler, both Romanian Jews. Isaac was the youngest of 12 children. Isaac and Rosa immigrated to Paris from Sighet in the late 1920s. Isaac Dratler had worked as a shoemaker in Romania but became a furniture finisher in France. Solange was born on August 1, 1930 in Paris and had five older siblings. The four oldest siblings Yetta (Yolande), Regine, Hirschi (Armand) and Lezer (Ludo) were born in Sighet, and the next youngest sister, Berthe (later Knoll, b. 7/21/29) was born in Paris. Friends of the family smuggled her to Normandy to live with an older Catholic couple. Her family survived the war, each hiding in a separate location. Solange hid in Orne, Normandy with the Barbebier family who had a son who was a policeman in Rouen. All eight members of her immediate family survived but many members of her extended family perished including her 80 year-old grandfather, Shimshon Hershkovitz and several of Isaac's siblings: Rivka, Malke and Adolphe Dratler. In 1952 Solange married Lazar (Larry) Lebovitz (b. 12/17/26), a survivor from Bedevla Czechoslovakia.

Rosalia Dratler (b. 12/20/05) in Sighet was a first cousin of Solange though she was the same age as Solange's father. Like Isaac, she immigrated to France and married to Philip Roiter, an immigrant from Russia. Her sister Ida (b. August 31, 1906) also came to France and married Isaac Gleizer. All four were deported to Auschwitz on Transport #37 which left Paris on September 25, 1942. Their son Michel Gleizer (b. 07/01/30) survived in care of an older cousin.