Members of the Yugoslav delegation to China pose with Mao Zedong, in front of the flag of the People's Republic of China. 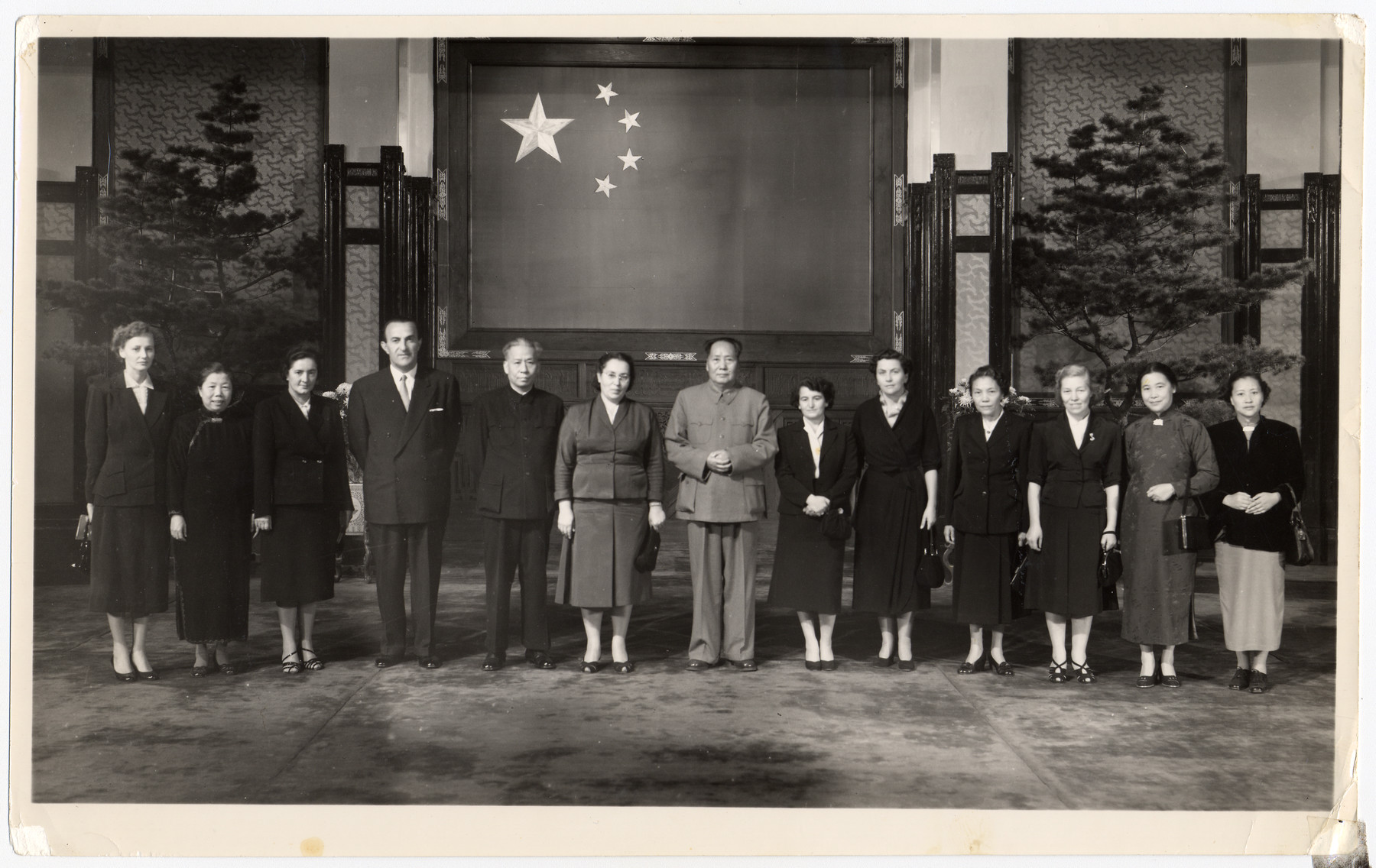 Members of the Yugoslav delegation to China pose with Mao Zedong, in front of the flag of the People's Republic of China.

Among those pictured are Mao Zedong (center) and Jamila Kolonomos (to his left).