Reception at the "Maison Blanche," residence of Josip Broz Tito. 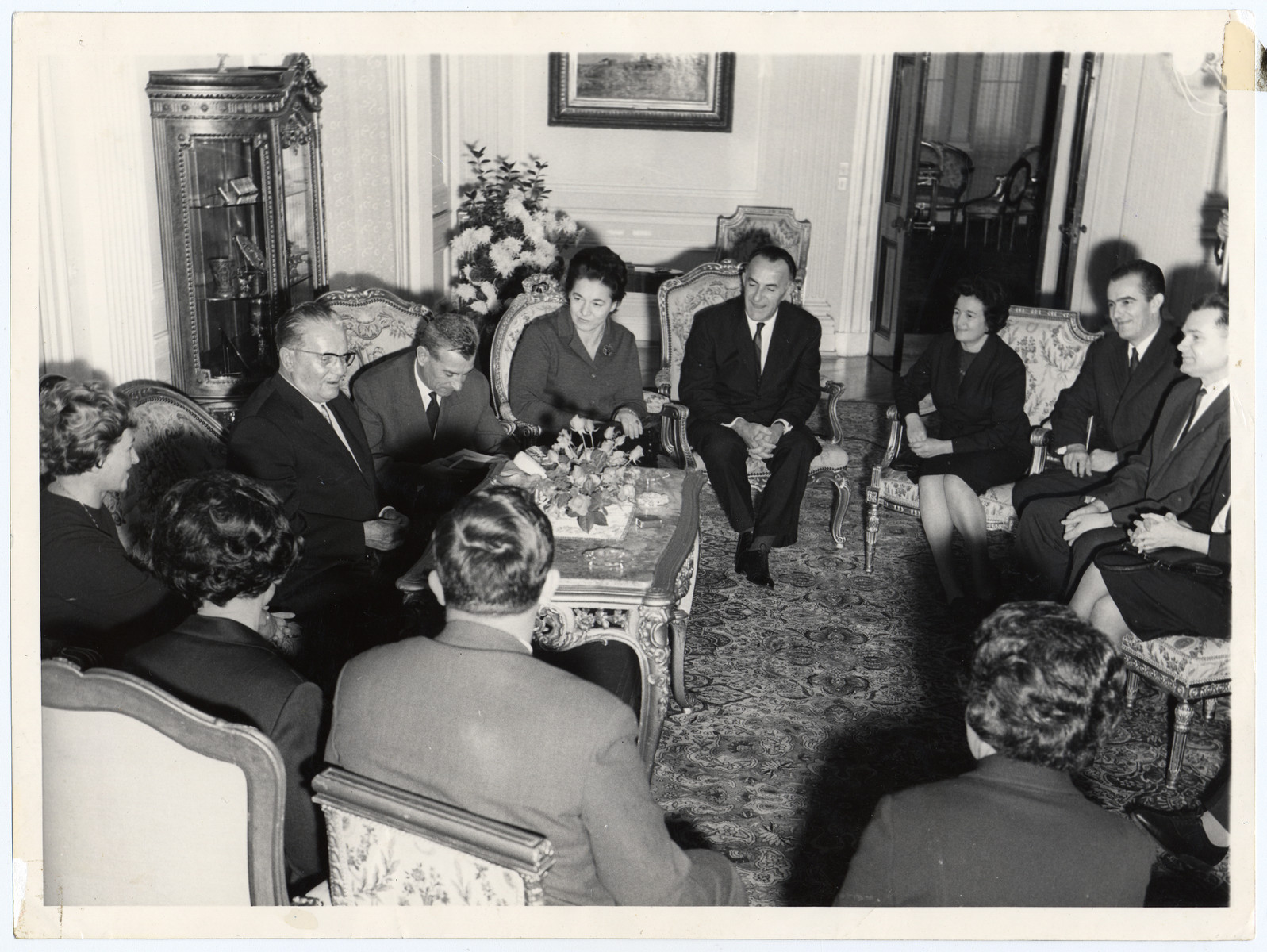 Reception at the "Maison Blanche," residence of Josip Broz Tito.

Seated at the right is Jamila Kolonomos.