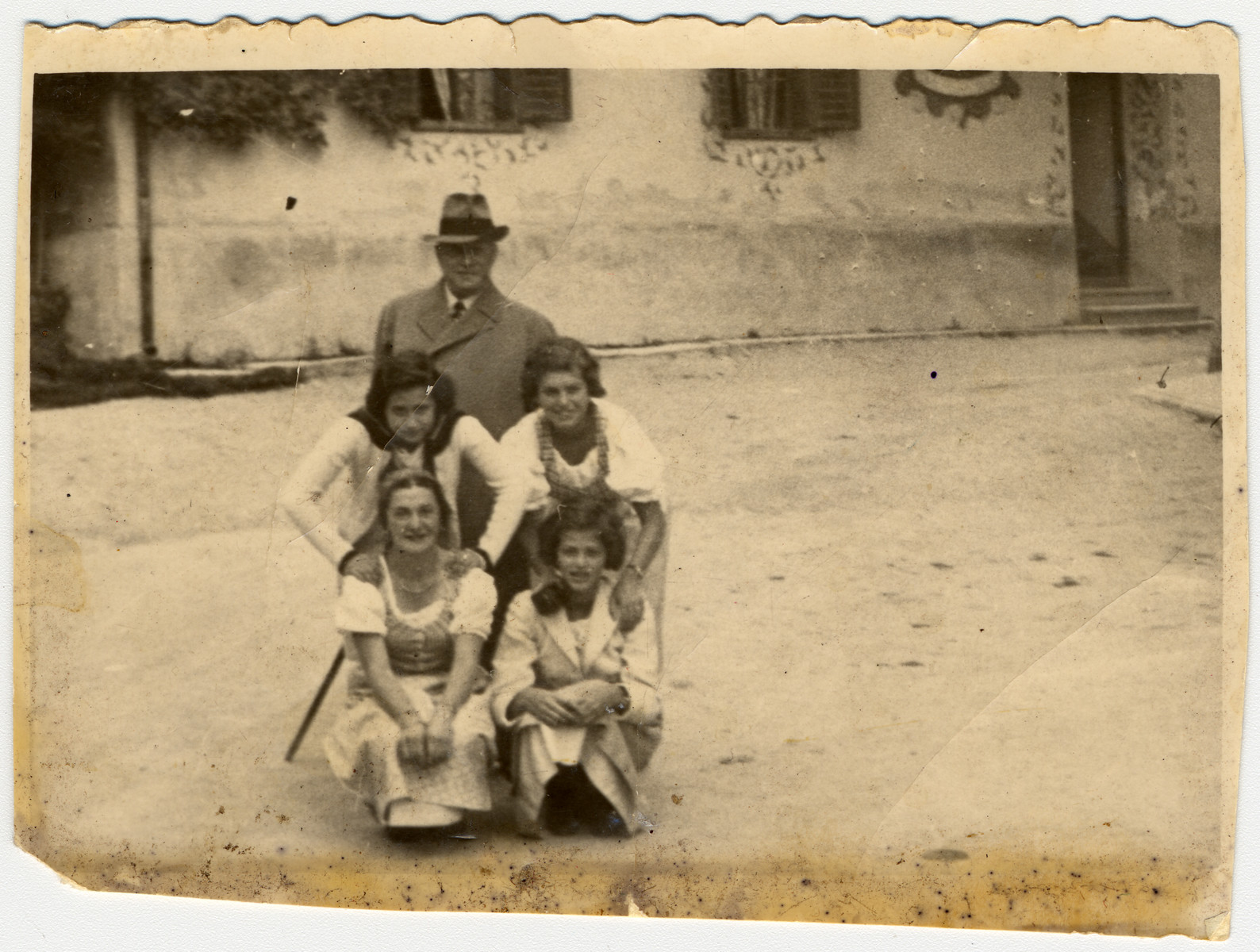 Margit Mowawetz poses with friends in Alt Aussee..
Margit is pictured in the center left. Her friend Annemarie Brod is next to her.