Group portrait of Jewish children in Marseilles under the care of UGIF who are preparing to leave for the United States. 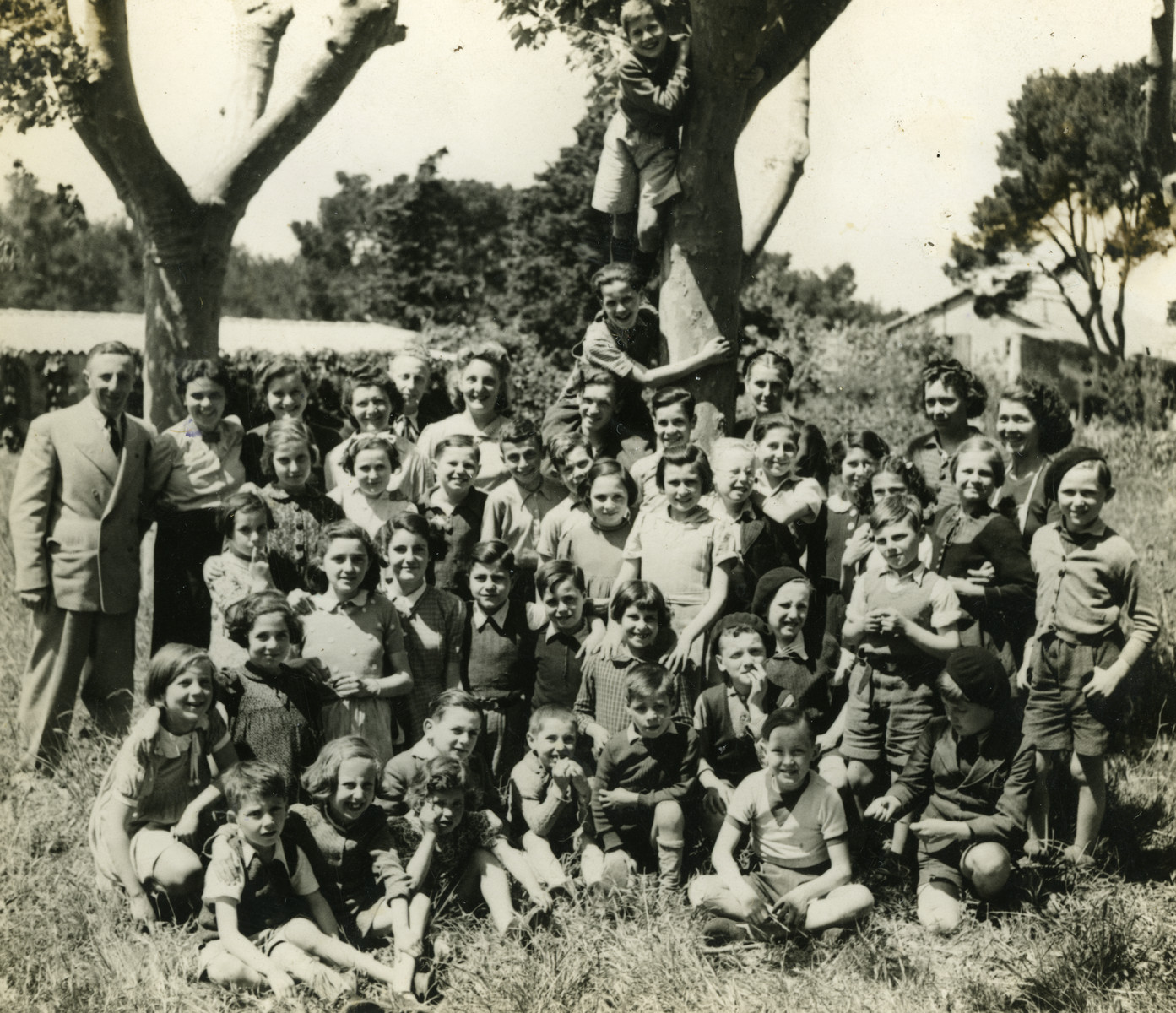 Group portrait of Jewish children in Marseilles under the care of UGIF who are preparing to leave for the United States.

Among those pictured is Jolana Schonbrun, standing in the third row, third from the left with a ribbon in her hair.

Biography
Richard Ludwig Hirschhorn is the son of Hermann (b 11 October 1889) and Hedwig, nee Bruch (b 7 September 1894). He was born in on 24 November 1931 Cologne, Germany where his father worked in the lumber business. Richard had two older siblings: Ruth Ellen (b 28 October 1923) and Kurt Siegfried (b 28 May 1925). In March 1939 Kurt and Richard were sent by their parents to Paris to stay with a cousin, Jacques Meyer. Richard was there for a few days and then was placed in an OSE children's home at Montmorency, where he remained until just before the Germans occupied Paris. From there he was sent to Chateau de Chaumont, near the village of Mainsat in Creuse, Province. His brother, Kurt, was sent to work, but eventually he also arrived at Chaumont. In 1941, under the auspices of the American Friends Service Committee (AFSC), both brothers joined a group of children supposed to leave for the United States. They traveled to Marseilles, but Kurt could not obtain the required permits because he was already fifteen years old. Richard refused to leave without his older brother, and both boys returned to Chateau de Chaumont. Kurt was determined that even if he could not leave, that his brother flee to safety. In May 1942, Kurt told him that he had arranged for him to go to the dentist in Mainsat. However, the vehicle did not stop in Mainsat but went on to a larger city where the children boarded a train to Marseilles. There they joined another group of children organized by the AFSC for transport to the US. After some time the group sailed to Casablanca aboard the Marechal Lyautey. After two weeks in Casablanca they sailed on the Portuguese ship "Serpa Pinto," landing in New York on 27 June 1942. Although Richard had relatives in the United States, they were not interested in taking him in. Instead, he was placed, under the auspices of the Association for Jewish Children (Philadelphia) with a foster family (Joseph and Bella Kornhandler). None of Richard's immediate family survived. His parents and sister were deported to the Lodz ghetto in1941 and killed there. Kurt was arrested by the French police in August 1942, interned at Drancy concentration camp, and from there sent in Transport 26 to Auschwitz-Birkenau and murdered. Richard and his wife live in Jerusalem today; they have three children and several grandchildren. They are both retired and do volunteer work at various worthy organizations.