The Maccabi team gather in the gymnasium in Zilina. 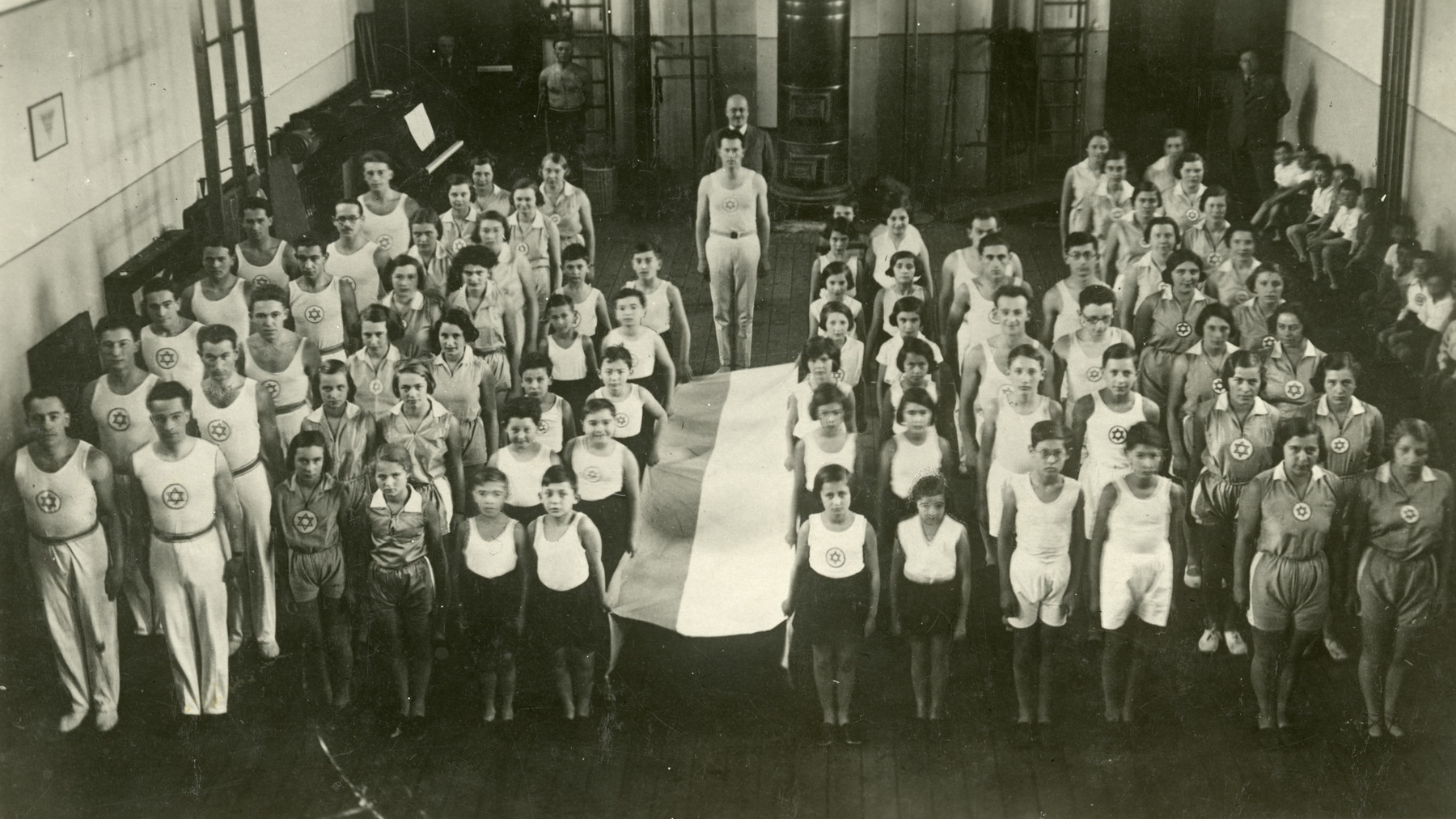 The Maccabi team gather in the gymnasium in Zilina.

Pictured in the back is Leon Wertheim, the head of Maccabi Zilina and Wiener, the gym teacher.