Abraham Kischinovsky performs in a Hassidic coat for the Yiddish theatre. 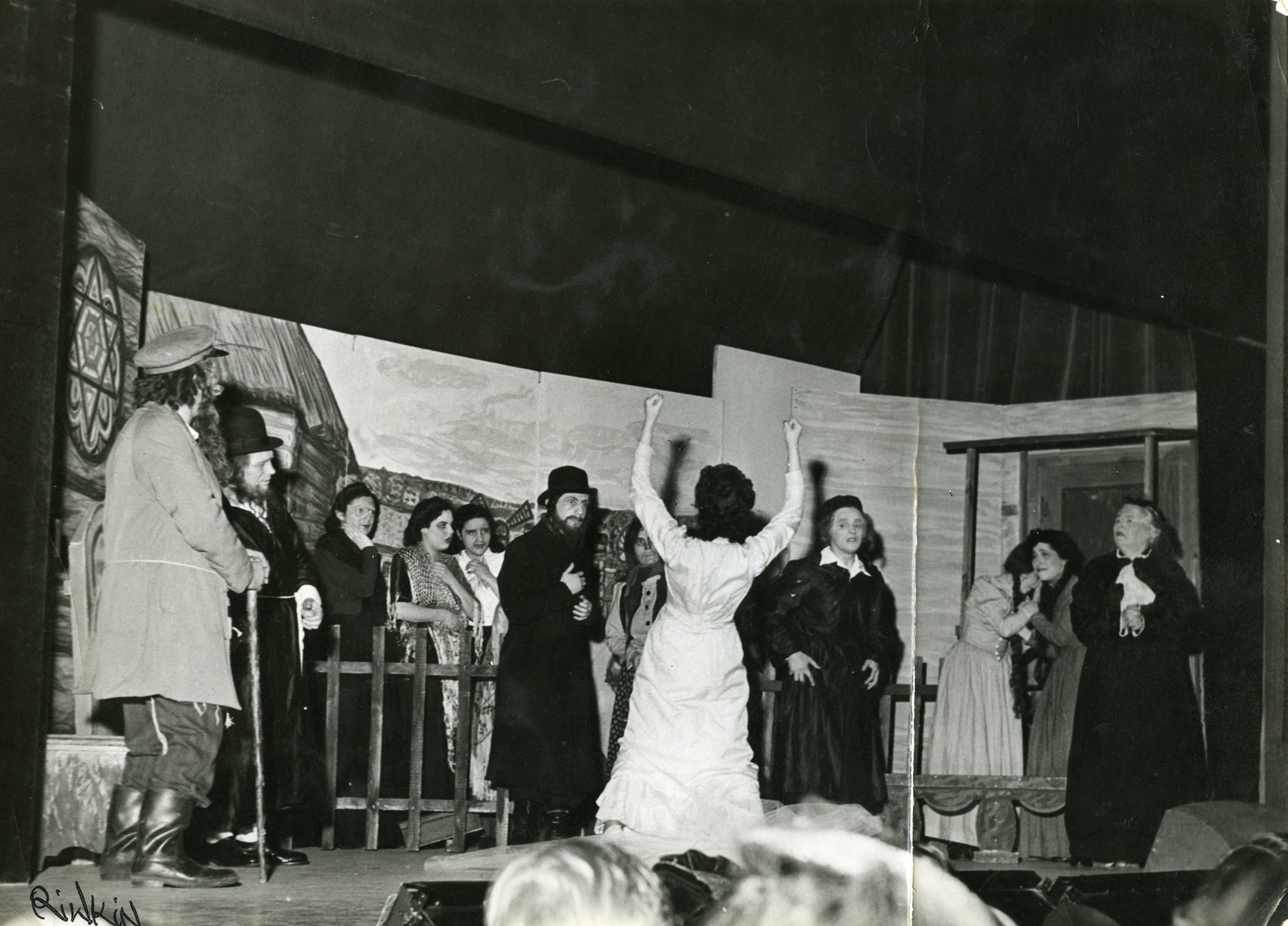 Abraham Kischinovsky performs in a Hassidic coat for the Yiddish theatre.

Biography
Dov (Bjorn) Kischinovsky was born on July 24, 1950 in Copenhagen to Abraham Kischinovsky (b.Landskrona, September 16, 1916) and Lis Scheirmeister (b. August 10, 1903). Abraham was a hair stylist and Lis was an accountant. Dov's parents were traditional Jews, kept a kosher home but worked on the Sabbath. His grandparents were Orthodox. Dov has an elder brother, Mogens, b. March 22, 1947.

On the morning of Rosh Hashana, October 1,1943, Dov's mother and her family were warned by someone who was in contact with the resistance movement that the Germans intended to round-up the Jews the following day. Lis and her boyfriend left for Snekkersten where the family had often vacationed. Her parents, Bernhard and Idit and sister, Jeanne went elsewhere for a period of three days. In the night someone arrived to their hiding place at the sea shore wearing boots. At first they feared he was a German, but he turned out to be a fisherman who came to take them to Sweden. They arrived in the town of Landskrona where they met up with the rest of their family who arrived on another shipping vessel. However, the day after they arrived Lis's mother Idit returned to the house they were staying to discover that her husband Bernhard had committed suicide. The family survived in Sweden with the help of the Jewish community and Government who set up Jewish schools and youth camps for the youngsters. Lis split from her boyfriend and soon met Abraham Kischinovsky whom she married within a few weeks. The family remained in Stockholm until 1945 when they returned to Copenhagen where they found other people living in their flat. However, all of their possessions were stored by the neighbors and were intact. Idit later remarried.