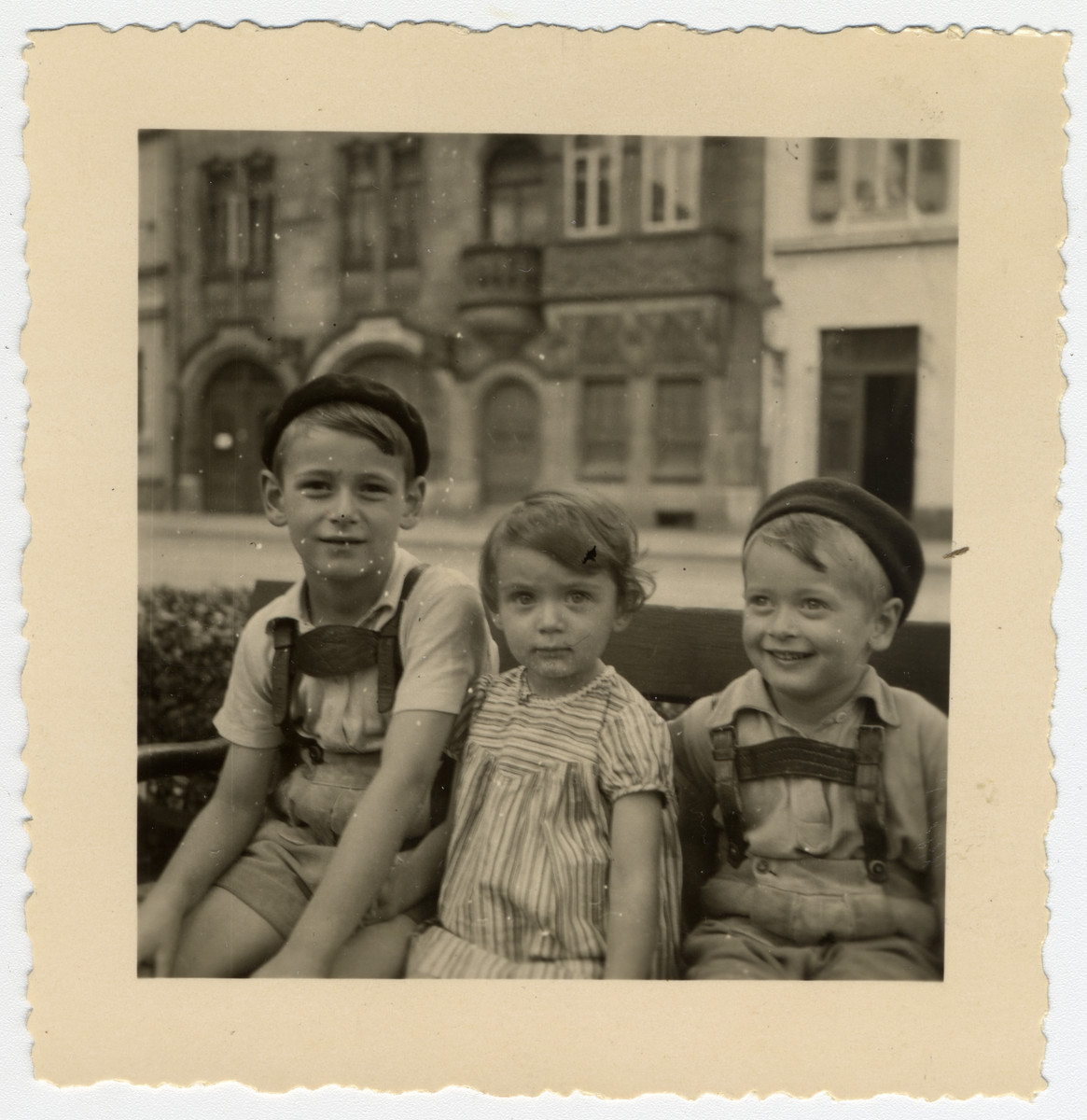 Pictured are Max, Josef and Ruth, the children of
Manfred and Recha Kalberman. Manfred was born on March 31, 1900 and eventually committed suicide when he thought he would never get a visa to leave Nazi Germany.