A group of young adults at the Albina resort in the woods [probably in the vicinity of Obertin]. 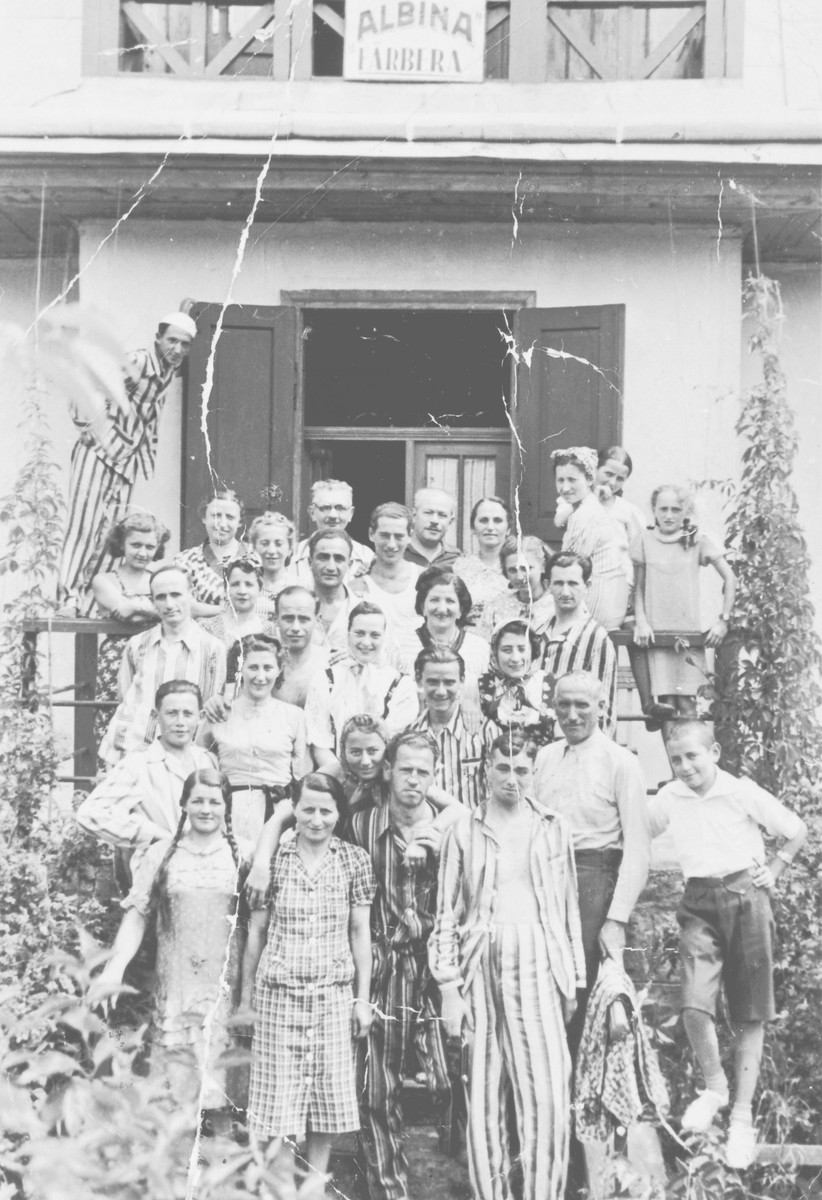 A group of young adults at the Albina resort in the woods [probably in the vicinity of Obertin].

Among those pictured is Simon Ruder.

Biography
Jessie Wood is the granddaughter of Simon Ruder and the daughter of Elfriede Ruder. Simon was born on July 8, 1907 in Obertin Poland to Mordko Fiszel Ruder and Chaja Frima Leiner. He had 3 brothers: Izak (b. 1900) , Abraham (b. 1898) and Mendel (b. 1909) and four sisters Mariem, Fannie, Freida Ryfka (b. 1896) and Dobrysza (b. 1893). Izak and Abraham emigrated before the war to England and Cuba respectively. In 1931 Simon had an arranged marriage to Lola (Lea) Sternberg and moved to Lvov where he worked as a tailor. They had two children Anna born in 1933 and Arthur born in 1938. Following the start of World War II, they lived under Soviet occupation. However in June 1941 Germany launched a surprise attack on the Soviet Union and occupied Lvov. Soon afterwards, Simon was rounded up and sent to Loncki prison where he worked sewing Nazi uniforms. He thus was separated from his wife and children. They were believed to have been shot. From Loncki prison, Simon was sent to Plaszow and then Auschwitz. Following the evacuation of Auschwitz, on January 28, 1945 Simon was sent to Gross Rosen and from there to Dachau. He was liberated from the Muehldorf sub-camp on May 2, 1945. He met Maria Hausl (b. 7/15/28) who lived in Muehldorf at the time. She was working for the German government after the war giving aid to the survivors. They married in 1946 and the following year gave birth to Rudolf (b. 9/7/47). They had an additional two children in Germany, Elfriede (b. 5/23/1950) , and Manfred (b. 1952) in Germany. They immigrated to the United States in June 29, 1953 and settled in Cleveland where Mendel and his son, David had already moved two years earlier. Once in America, Simon and Maria had two more children Jeanette (b. 1954) and Doris (b. 1958) .