Julius and Bella Menn pose next to the their German governess, Maria Lipke, by a fence in a garden. 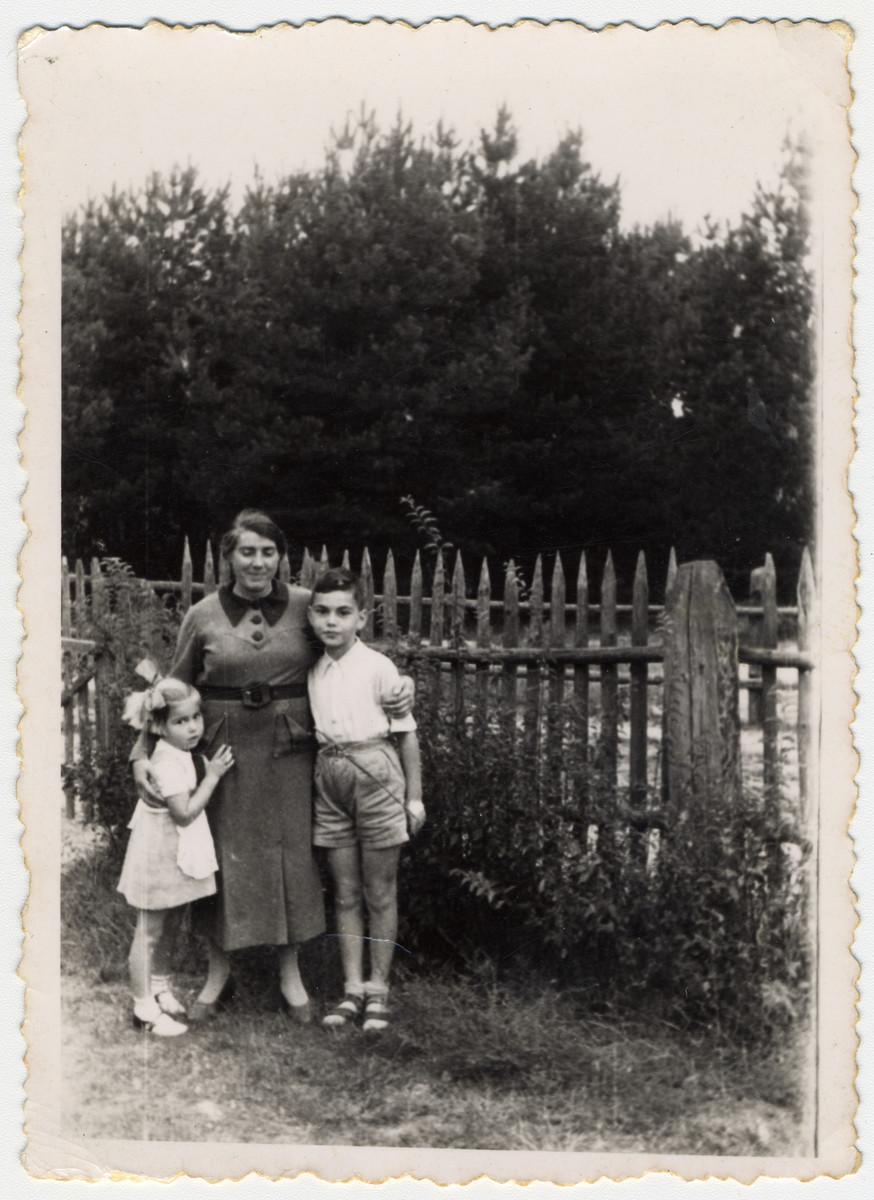 Julius and Bella Menn pose next to the their German governess, Maria Lipke, by a fence in a garden.

Biography
Julius Menn is the son of David and Regina Menn. He was born on February 20, 1929 in the Free State of Danzig (now Gdansk, Poland). His father was an ardent Zionist. In 1935 the family, which now included a little sister, Bella, made Aliyah Bet (illegal immigration) to Palestine. In the summer of 1938 the family traveled back to Poland from Tel Aviv for the summer holiday intending to visit relatives in Vilnius and Bialystok. The family did not return to Palestine at the end of the summer. Instead Julius enrolled in a Polish school in Warsaw where he was taunted by the other students for being Jewish. The Menn family stayed in Poland with the hope of returning to Tel Aviv. Regina, Julius, and Bella spent the summer of 1939 in Druskeniki, a resort between Bialystok and Vilnius. On September 1, 1939 Germany invaded Poland. Regina, Julius, and Bella were able to flee from Druskeniki to Bialystok with acquaintances that had a car. Julius and Bella stayed with their grandmother in Bialystok while Regina went by train to Warsaw to look for David. Julius’ parents found each other and took the last train back towards Bialystok. German dive bombers attacked the city constantly. David decided to take the family eastward on a long covered horse-drawn cart filled with straw, the only available transportation. The Menn family wandered for two weeks in the forests and fields of eastern Poland with many other refugees. During that time they ate apples and, later, raw eggs purchased from farmers. German dive bombers periodically passed along the lines of refugees, shooting and killing many people. The Menns would run into wheat fields to hide when the screaming of approaching planes was heard. In this way they survived and made it to Molodeczno, a major railroad junction, on September 17.

The Soviet army occupied eastern Poland as part of the German-Soviet Pact and arrived in Molodeczno the same day as the Menn family. A young Soviet officer approached the Menn family and offered Bella a chocolate, asking David, who fought for the Russian forces in WWI, if they were Jews. Taking a risk David spoke to him in Russian and confirmed that they were. The officer said he, too, was Jewish and helped the Menn family get on a train to Vilnius. The family lived in the Vilnius for a year during which time Julius was able to attend a Lithuanian-speaking Tarbut school. In the fall of 1940 David managed to get four of a total three hundred transit visas that had been issued by the Soviet Union. The Menn family traveled by train through Kiev and Moscow to Odessa. From Odessa by ship to Turkey, then from Istanbul by train through Syria, Lebanon, and back to Palestine. They arrived in Tel Aviv in October 1940.

Julius served in the Haganah (Jewish Military force in Palestine) as a teenager and later as a junior officer. Julius went to the United States to study at the University of California, Berkley in 1947 but returned to Palestine to serve in the War of Independence in 1948. After completing his military service Julius returned to the United States in 1950 to complete his education, ultimately a PhD, in Toxicology at the University of California, Berkley.