A group of friends from the Zionist youth group Gordonia stop at a cafe in Bratislava, on their way to Israel. 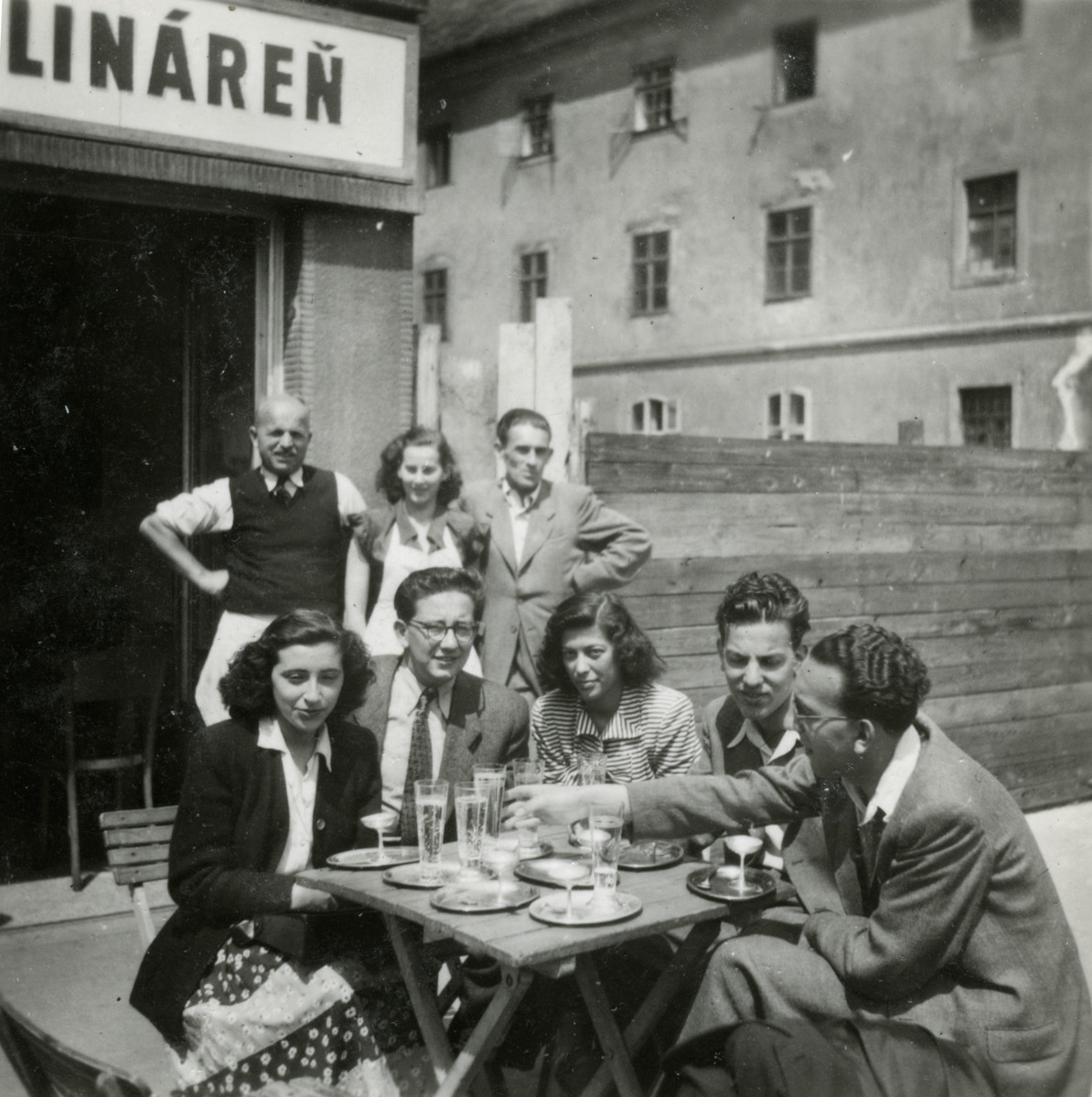 A group of friends from the Zionist youth group Gordonia stop at a cafe in Bratislava, on their way to Israel.

Pictured seated on the right are Zvi and Itzhak Braf.

[Source: Bauer, Yehuda. "Jews for Sale? Nazi-jewish Negotiations, 1933-1945." Yale University Press, 1994, pp. 196-200; Laqueur, Walter (ed.) "The Holocaust Encyclopedia." Yale University Press, 2001, pp. 380-381.]
Biography
Itzhak (Ernst) Braf is the son of Dr. Yeshayahu Alexander and Helena nee Deitelbaum (b. 1908 in Topolcany). Itzhak was born March 16, 1932 in Kosice, where his father worked as a pediatrician. Itzhak had one older brother, Friedrich (Zvi), who was born June 16, 1929, also in Kosice. The family maintained a kosher home and kept the Sabbath. Itzhak attended a Jewish elementary school from the first to the sixth grade. In 1938, Kosice was annexed by Hungary, and antisemitic economic restrictions were immediately imposed. Beginning in 1940, all Jewish men between the ages of 21 to 40 were conscripted for the Hungarian army labor battaltions serving in Russia, and men 40-45 years old for forced labor. Then on March 19, 1944, Germany occupied Hungary. Additional restrictive orders were issued which barred Jews from employment, required them to wear the Star of David and to comply with curfews. Shortly thereafter, on April 24, a concentration camp was established in the city's brick factory, and Jews were forced to move into this four-acre area. While witnessing these events, the Braf family made plans to escape. They took a night train to Budapest, where they stayed with relatives for two to three weeks , until they were able to rent an apartment. There, they waited to be placed on the list for the Kasztner transport.