A Dutch Jewish wedding party gathers for a photo. 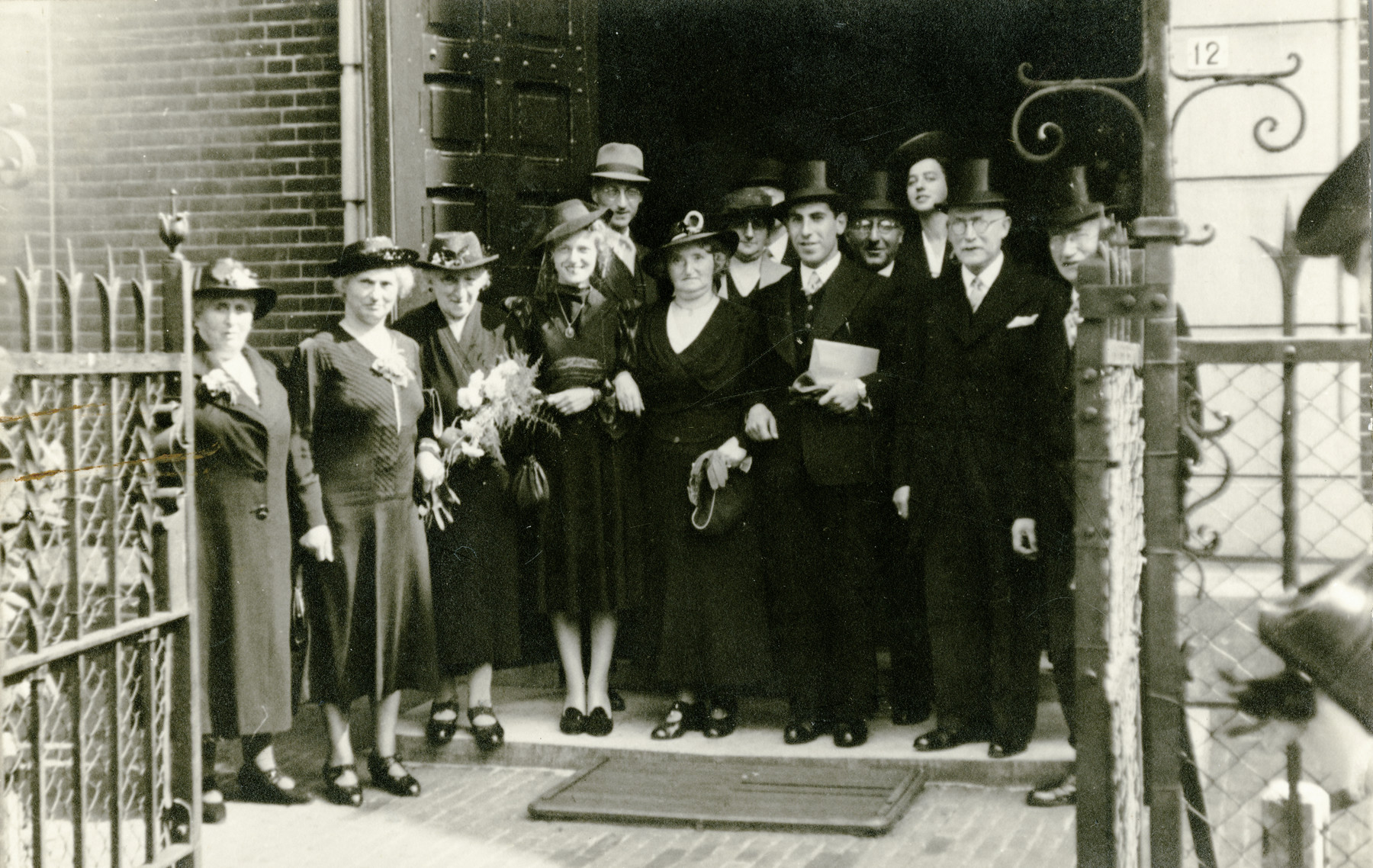 A Dutch Jewish wedding party gathers for a photo.

Biography
Tswi Josef Hershel was born in Zwolle, The Netherlands, on December 29, 1942, the son of Nico Louis Herschel (b. September 20, 1915 in Zwolle) and Malchen (Ammy) Weyel Hershel (b. April 3, 1919 in Zwolle). Nico was an economist and worked for the government controlling expenditures of the local municipalities. When laws were enacted prohibiting Jews from work, he lost his job with the government and became a teacher in a Jewish Gymnasium in Zwolle. In 1942, the school was liquidated overnight. Nico had been informed by the police not to appear at the school, and so he managed to escape. He then became assistant director of the Jewish school in Enschede and, once again, the school was liquidated and he escaped, having been informed of the action just before.

Due to its proximity to the German border, Enschede was one of the first Dutch cities to be captured by the Germans. Nico and Ammy, both active Zionists since they were teenagers, were married during the occupation, on March 29, 1942. By November 1 that same year, the young couple was ordered to move into the Hollandsche Schouwburg, the former Jewish theater where Jews were held for deportation to Westerbork. Ammy, then seven months pregnant, obtained permission to leave the theater and went with her husband to Zwolle, where Tswi was born on December 29, 1942.

In January 1943, however, the family was ordered back to live in the ghetto of Amsterdam. Nico quickly contacted the wife of his former employer, Mrs. Schwencke, and her daughter Christine, and asked them to take the baby into hiding. In addition, he gathered together important papers to be kept by the Schwenke family, including their wedding certificate (Ketubah) and circumcision certificate (Brit Milah). In April, the two women took 3-month old Tswi to live with the de Jongh family in Oosterbeek, who treated him like their own son and gave him the false name of Henkie de Jongh. Mr. de Jongh was the head of the resistance movement, and their house was the last safe house north of the Rhine River. It was a hiding place for RAF personnel who had been shot down over Holland, and Mr. de Jongh was the person who accompanied them across the river.

In September 1944, the Allies began "Operation Market Garden," an attempt to secure the nearby bridge at Arnheim, and during the battle the de Jongh home was hit by a bomb. The family, who had taken shelter in the cellar, managed to escape serious injury. They were evacuated to Spakenburg, where they were liberated by the Canadians .

After the war, in the summer of 1945, Tswi was located by his paternal grandmother, Rebecca Herschel, who took him from the de Jongh household and entrusted him to Bella (Bilha), her daughter (and Nico's sister). This was in accordance with an agreement the siblings had made earlier to care for each other's children if anything happened to the other. Bella had lost her husband, Aharon Davidson, during the war and had a daughter of her own, also born in 1943. Tswi recalls being uprooted from his foster family as extremely traumatic and difficult to adjust to. Tswi's parents, Nico and Ammy, had been deported to Westerbork on June 21, 1943 and were killed in Sobibor on July 23, 1943.