Group portrait of orphans on the grounds of the Korczak Oprhanage. 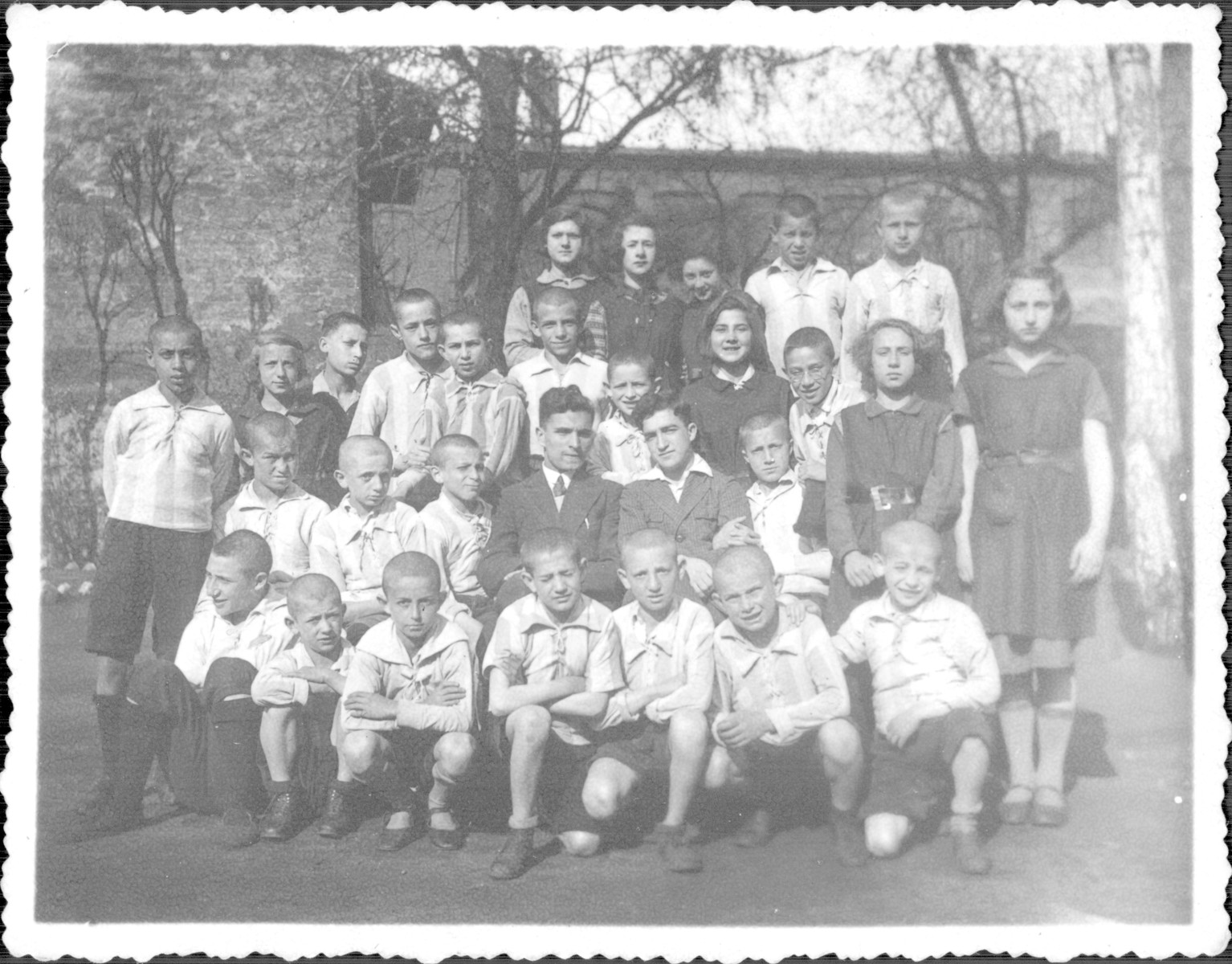 Group portrait of orphans on the grounds of the Korczak Oprhanage.

Felix Gyp is in the middle right, Misha Wroblewski is on the left and Shlomo Nadel is standing on the far left.

Event History
The Children's Home [Dom Sierot] was a Jewish orphanage established by Janusz Korczak in Warsaw in 1912. It was located at 92 Krochmalna Street in a building designed by Korczak to facilitate the implementation of his progressive educational theories. The orphanage was funded by the Jewish Orphans' Aid Society and served children between the ages of seven and fourteen. These children attended Polish public schools and government-sponsored Jewish schools, known as "Sabbath" schools, while they lived at the Krochmalna Street home. In 1921 the orphanage opened a summer camp on the Rozyczka farm in Goclawek. Rozyczka operated through the summer of 1940. Korczak's chief assistant and collaborator at the Krochmalna Street orphanage was Stefa Wilczynska.
Biography
Shlomo Nadel is the son of Josef and Gila Nadel. He was born on October 10, 1920 in Warsaw, Poland. Shlomo's father passed away when he was four-years-old, and his mother was forced to work as a live-in maid for a Jewish family. Unable to care for her children, she placed Shlomo in the Korczak Orphanage in 1927. Since there were already 107 children in the home, she had to place his younger brother elsewhere. When Shlomo was sixteen, he moved out of the orphanage, rented an apartment with Doduk, another boy from the orphanage, and worked in a photo lab and as a messenger. Shlomo left Warsaw in 1939 due to the rising hostility and moved from place to place, ultimately landing in Fergena, Uzbekistan. When political tensions eased after the battle of Stalingrad, Shlomo was sent to Leningrad to work on railroad tracks. Throughout his travels, Shlomo always managed to keep his photographs of the Korczak orphanage with him. Shlomo's mother Gila remained in Warsaw and perished in the Holocaust.