Girls study in a Talmud Torah (religious school) in New Ulm sponsored by the Vaad Hatzala. 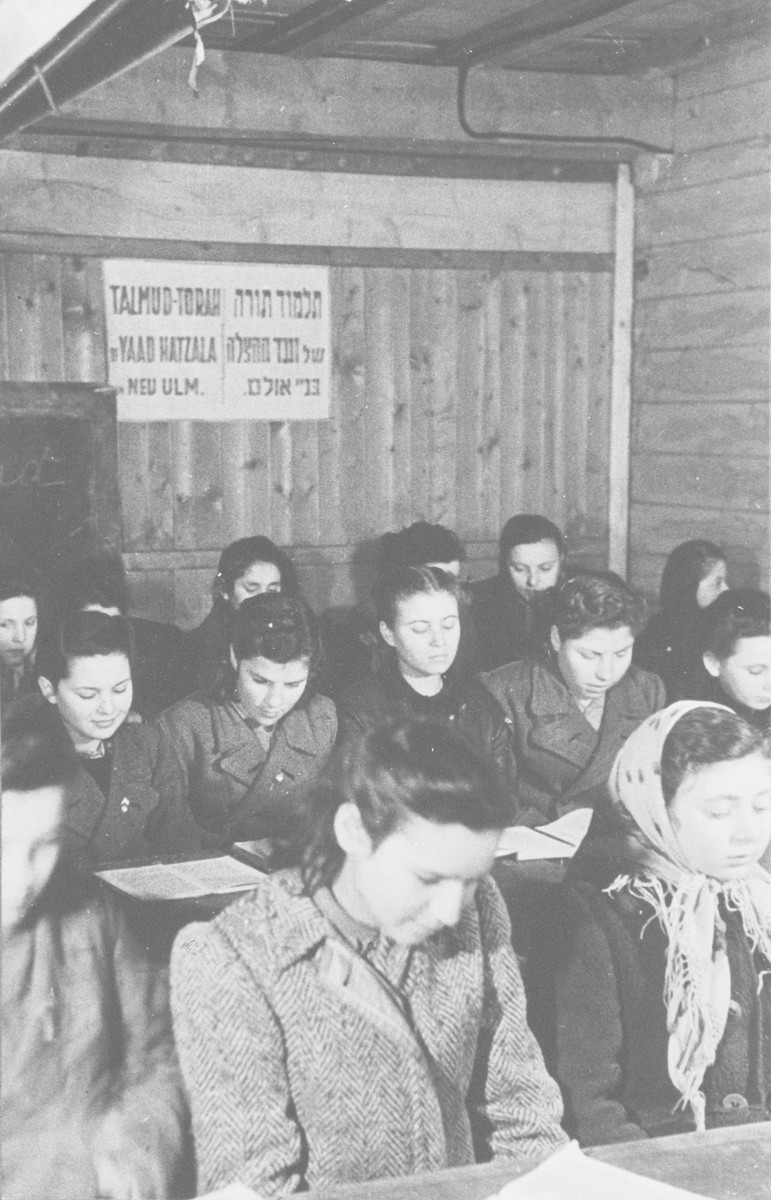 Girls study in a Talmud Torah (religious school) in New Ulm sponsored by the Vaad Hatzala.

https://www.ushmm.org/wlc/en/article.php?ModuleId=10005519.
Biography
Rabbi Nathan Baruch was, at 23 years of age, the Director, 1946-1948, of the Vaad Hatzala for Germany. He was responsible for reestablishing Jewish religious life among the Holocaust survivors, the inhabitants of displaced persons camps in Germany. This included the printing and distribution of religious items, including prayer books, haggadahs, etc., and was responsible in large part for getting the U.S. Army to print the so-called 'Heidelberg Talmud,' a full copy of which is in the Museum's custody in the Rabbi Wilhelm Weinberg Collection.