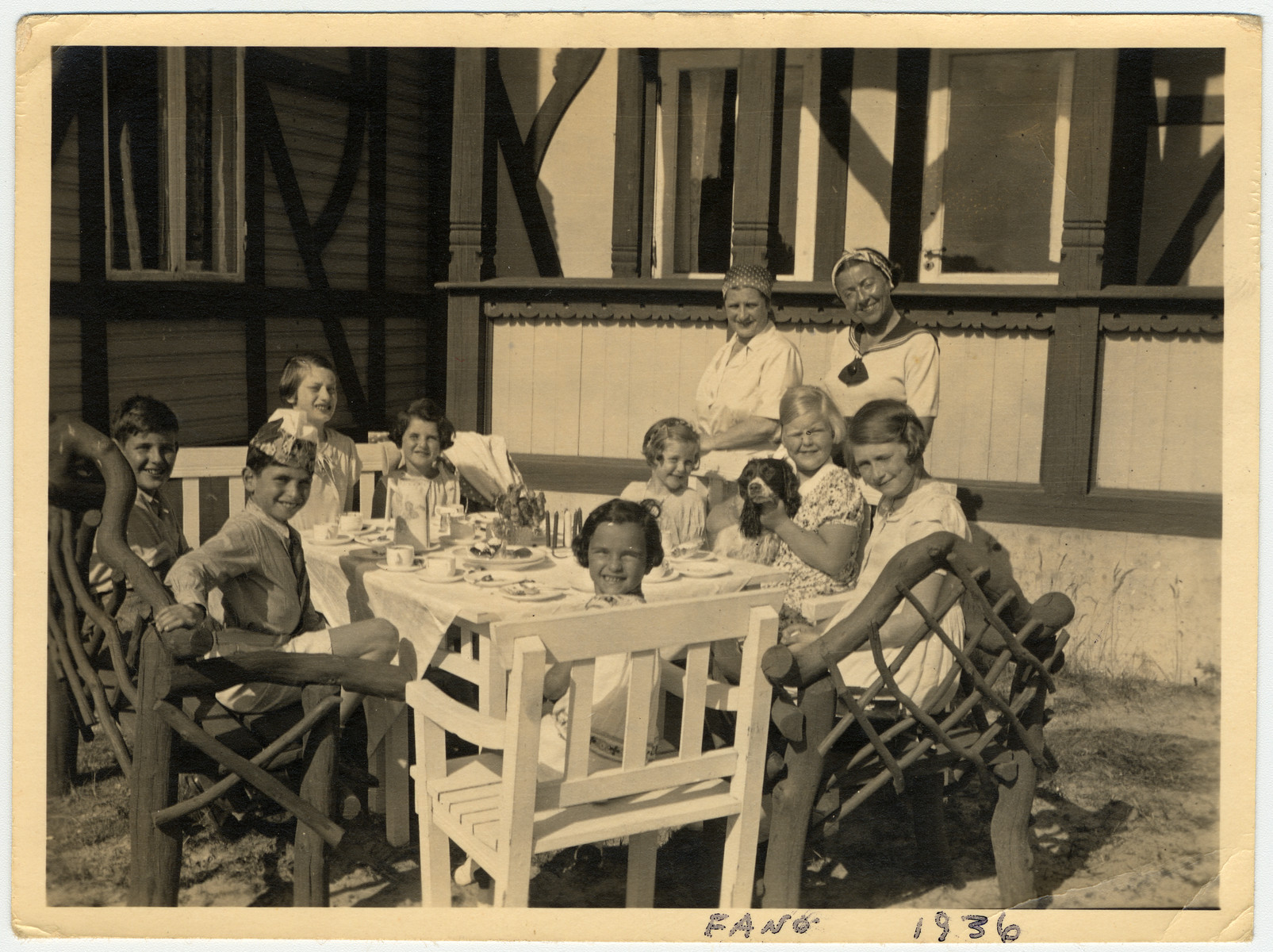 Among those pictured are Gerald Liebenau (front left) and his mother Helene (standing far right). Gerald's sister, Irene, sits directly across the table from him. Her birthday is in July and this could have been a birthday party for her. The picture was taken during a summer holiday on the island of Fanoe, Denmark.