Three German-Jewish refugees stand in front of a barracks in the Kitchener camp. 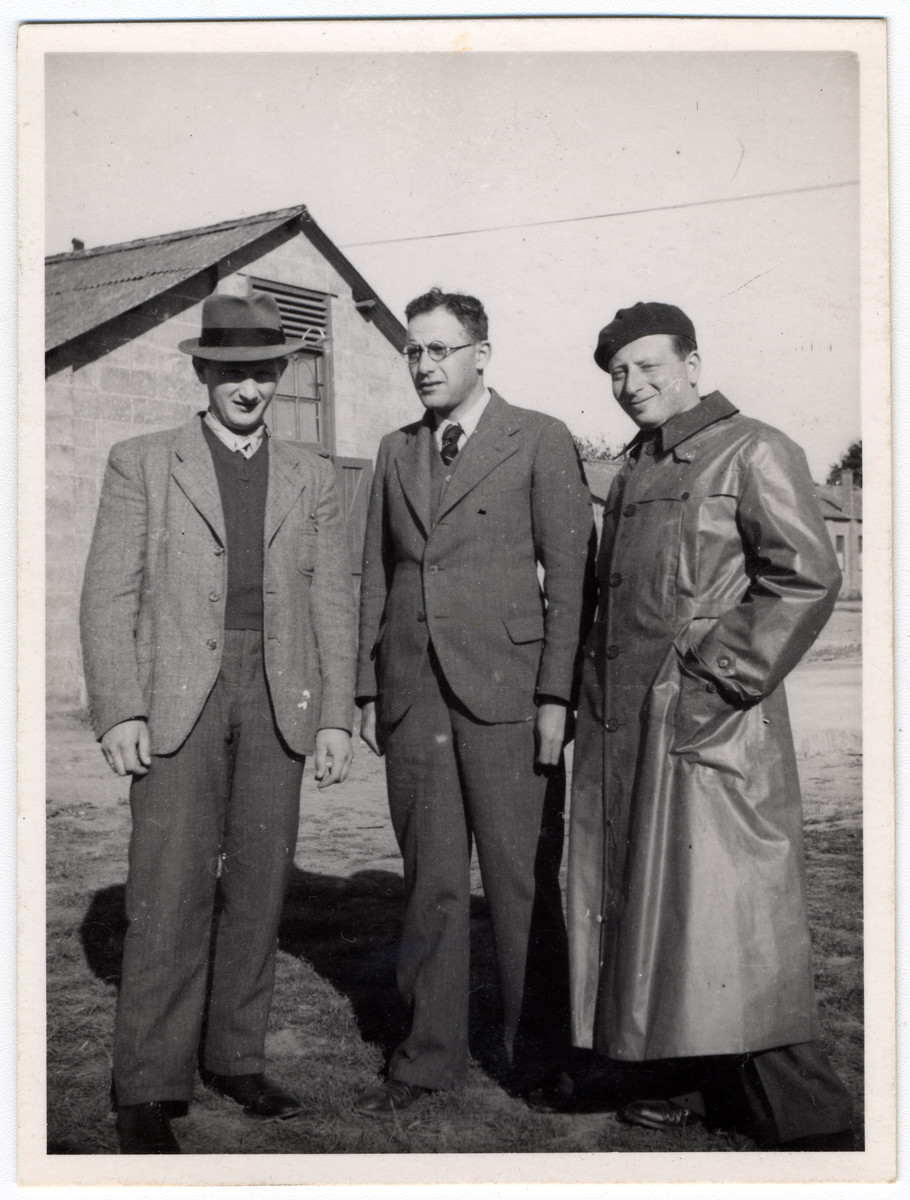 Three German-Jewish refugees stand in front of a barracks in the Kitchener camp.

Herbert Hoexter is pictured in the center.