Zvi Silberman holds his newborn son in a displaced persons' camp in Austria. 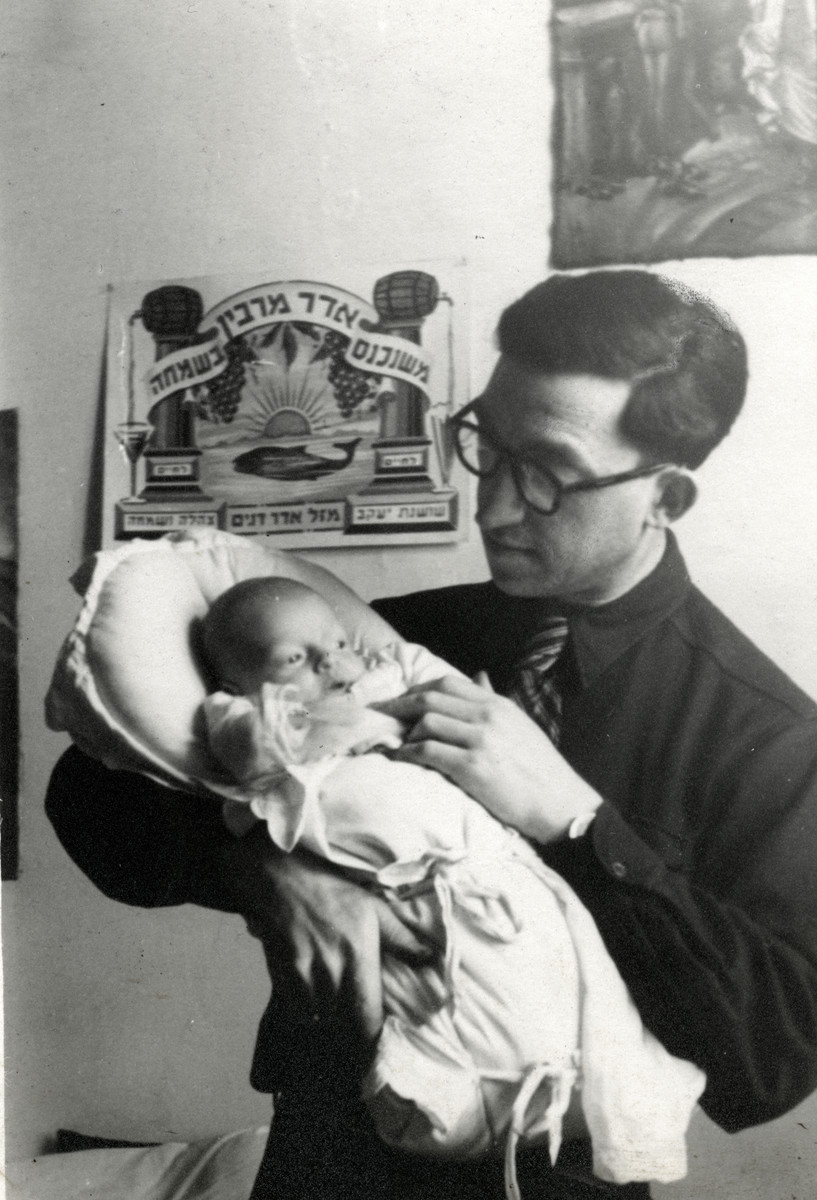 Zvi Silberman holds his newborn son in a displaced persons' camp in Austria.

Behind them is a sign that reads in Hebrew, "when Adar [the Hebrew month of Purim] comes happiness is multiplied."