Jewish displaced persons gather at La Spezia harbor where they are conducting a hunger strike to garner support for their desire to immigrate to Palestine. 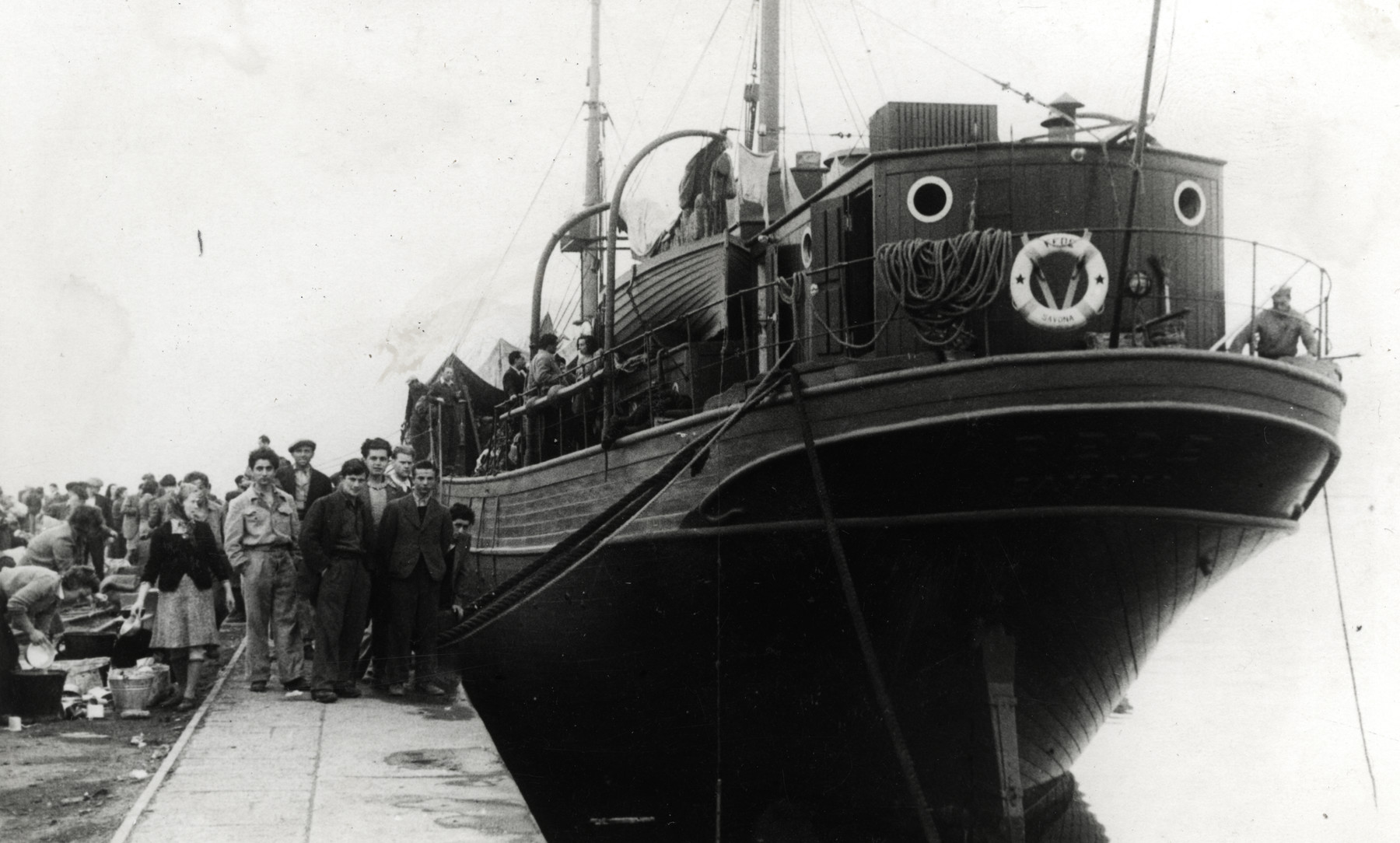 Jewish displaced persons gather at La Spezia harbor where they are conducting a hunger strike to garner support for their desire to immigrate to Palestine.

https://www.ushmm.org/wlc/en/article.php?ModuleId=10005462. https://www.ushmm.org/wlc/en/article.php?ModuleId=10005776.
Biography
Ada Levy Nissim is the daughter of Josef (b. 1881, Padua) and Gemma Rietti (b. 1889, Padua). Ada was born September 6, 1913, and she had a brother Enrico (b. 1918) and a sister Anna (b. 1928). The family was traditional, but Ada attended public schools. She studied literature and philosophy in Padua and received her BA in 1936. After graduating, she was a substitute teacher of Italian, Latin and literature in public school and hoped to get a full time position. However, after Italy adopted racial laws in 1938, she was forbidden to teach. Ada felt humiliated, especially once the newspapers published a list of teachers who were no longer allowed to work. None of her Italian coworkers protested. Soon afterwards a Jewish school opened in Padua, and Ada began teaching there. She married Shaul Nissim, a rabbinic student from Livorno who studied and taught in Padua. He later received his rabbinic ordination in 1948. In 1939 Ada gave birth to a daughter Leah. The family remained at home until 1943 when they fled to the nearby village of Piazzolla to escape bombings in the city. They remained there for a few months. All Jews were told to register on an official list. While on the way to register, Ada met someone on the train who told her not to go as these names were used for deportations. Ada was pregnant at the time and was due to give birth in September. She feared going to a hospital where she could be identified as a Jew. She contacted a former student who lived in Piove Di Sacco, outside of Padua, and she decided to go to the hospital in that town where she would not be recognized. This student took care of her daughter Leah while she in the hospital. Ada met another Jewish woman in the hospital who had come for the same purpose. After the birth of their son Daniel, the family returned to Piazzolla. Shaul continued to go to the Jewish community in Padua daily in order to see if anyone needed him, but he was told to stay away.