Group photograph of Chassidic Jews in the town of Wachok, Poland. 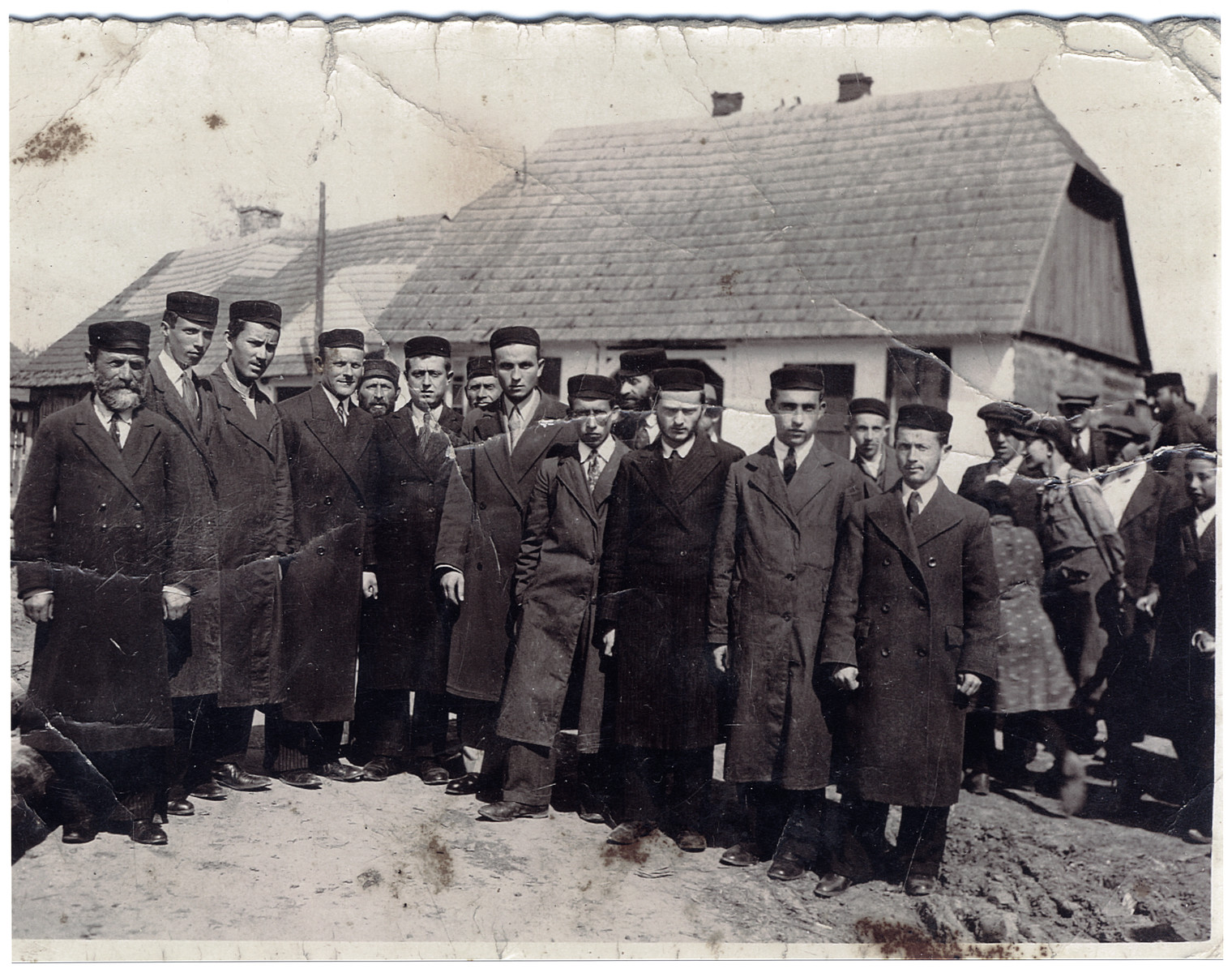 Group photograph of Chassidic Jews in the town of Wachok, Poland.

Among those pictured are Mendel Lustman (far right) and his brother Pinchas Lustman (fourth from the right).

Biography
Rachel Schlufman (born Rachela Warzauer) is the daughter of Beila and Shlomo Warzauer. Rachela was born on May 15, 1924 in the small Polish town of Wachok. She had seven siblings: Berl, Esther, Leibl, Moishe, Shmulek, Tobcha and Zisman. They were Orthodox Chassidic Jews, and her father was a shochet (ritual slaughterer). During the early days of the war, the Germans destroyed their village, and the family moved to Skarzysko where they became imprisoned in the ghetto. In 1942 Rachela was sent to a work camp in Germany with other girls aged 16-19. When her sister Tobcia arrived, Rachela learned that all the rest of the family had been sent to either Auschwitz or Treblinka. Rachela and Tobcia were then transferred to another camp in Leipzig to work in a munitions factory. Towards the end of the war, Allied planes bombed Leipzig. One day, the sisters ventured out of the camp and saw an American airplane dropping leaflets telling the prisoners they would soon be freed. The pilot noticed them and waved. Forty-seven years later, Rachel met the pilot, an American Jewish serviceman named Robert Freeman who conducted these unauthorized missions on his own time. Soon afterwards Rachela and Tobcia were liberated by soldiers of the Red Army. The only other member of their immediate family to survive was their younger brother Shmulek who survived incarceration in Buchenwald and Dachau. After liberation Rachela married Herb Schlufman, also a Holocaust survivor, and together they immigrated to the United States in 1949.