Group portrait of young boys in a cheder, Chevra Hebraisher, in Drohicyn. 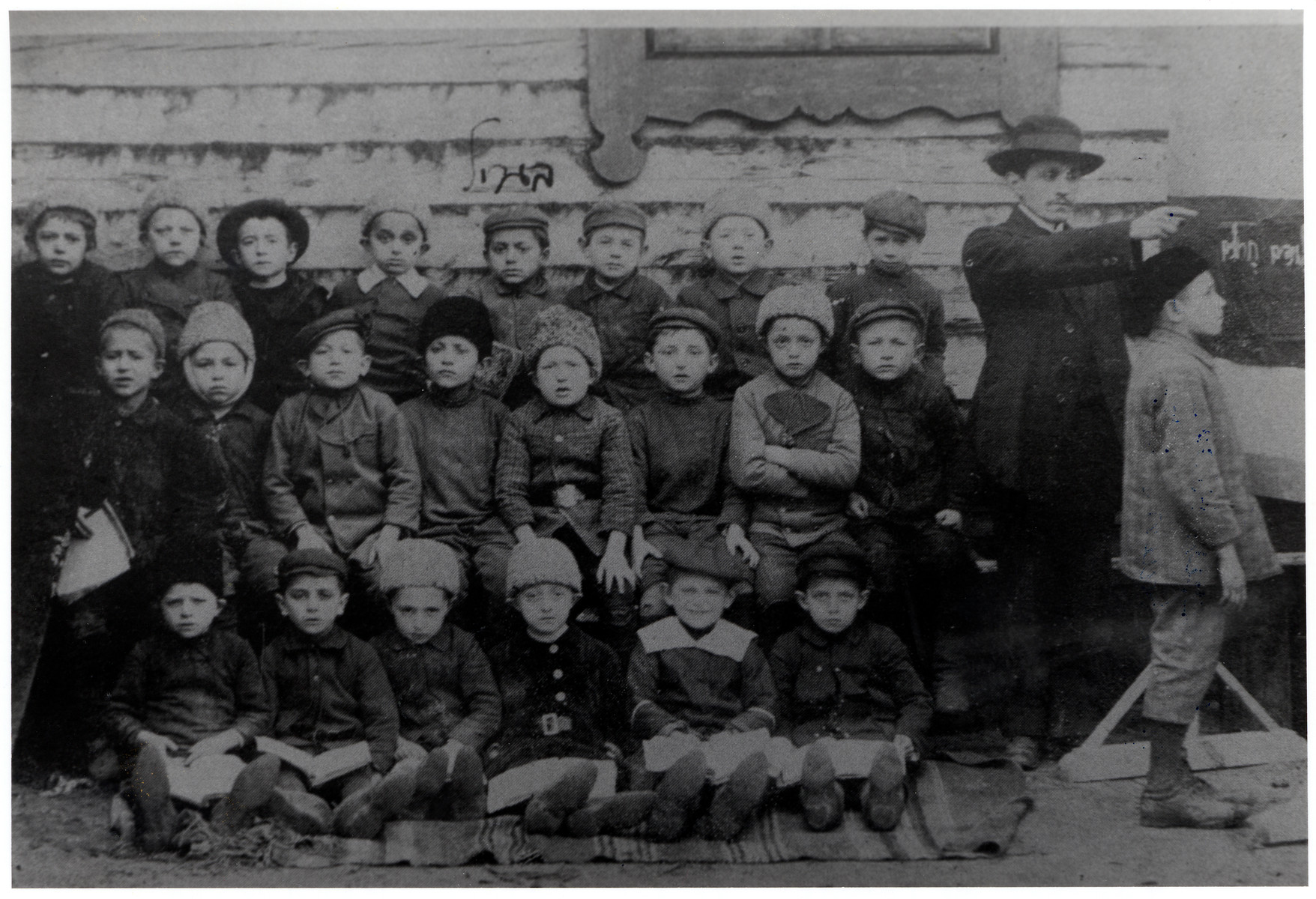 Group portrait of young boys in a cheder, Chevra Hebraisher, in Drohicyn.

Menachem Rosenbaum is frirst on left, The teacher is Mr. Lehrer.