Abraham Malach poses with his baby cousin Abraham Reichman in front of a haystack near the Amberg displaced persons' camp. 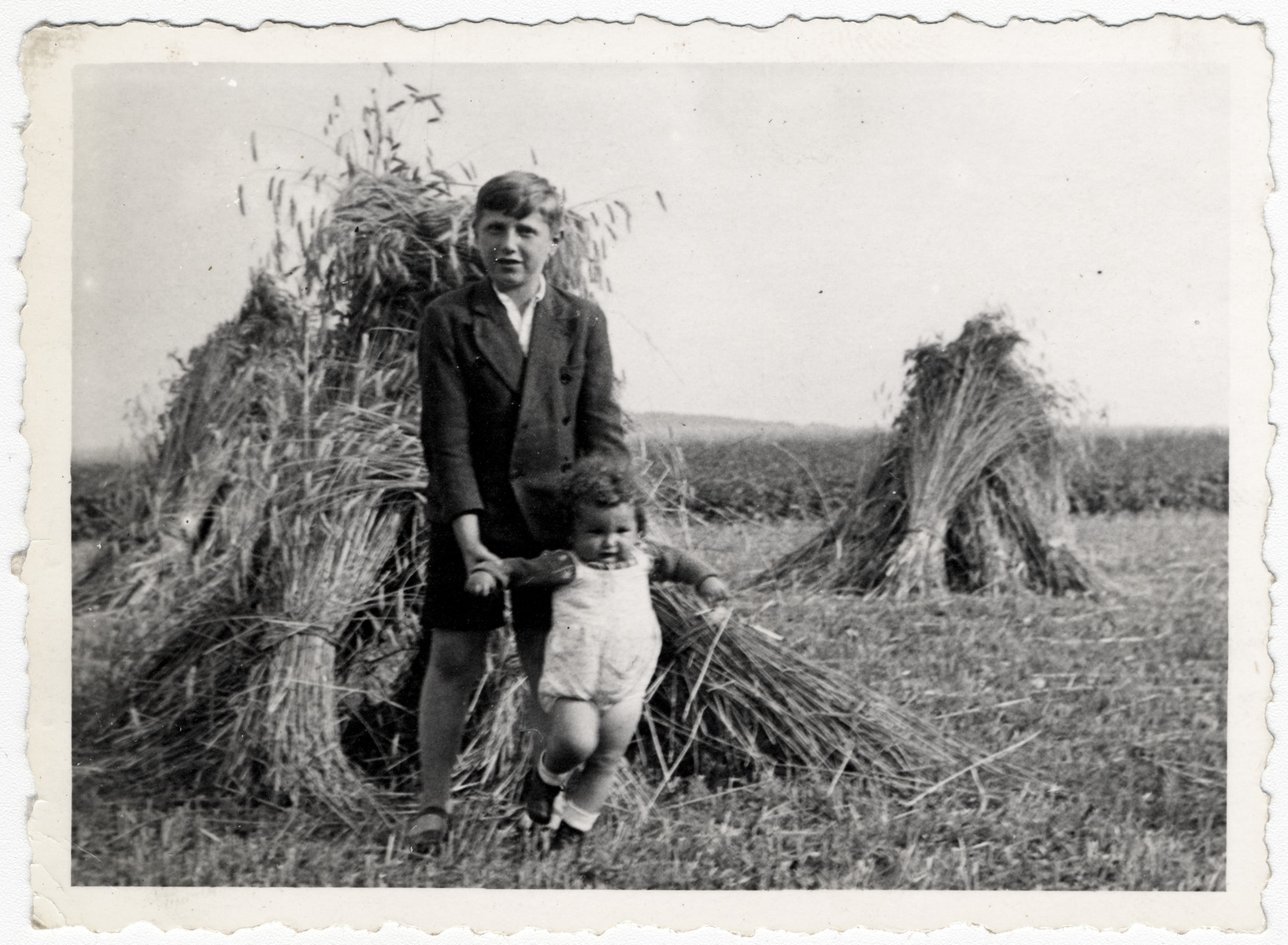 Abraham Malach poses with his baby cousin Abraham Reichman in front of a haystack near the Amberg displaced persons' camp.

Biography
Abraham Malach is the son of Mordka and Chana Malach. He was born on May 12, 1935 in Zwolen where his father owned a wholesale leather business. Abraham had an older sister, Bela (later Boldo), an older brother and a younger sister, born in 1939. In 1940, one year after the start of World War II, the family was sent to the Radom ghetto where they remained until 1942. The family was then deported to a labor camp in Wolanow. One day the Germans rounded up all the young children and elderly. Abraham's youngest sister was among those taken; the family never learned how she died. The following year the family was brought to the Strachowice camp. They all were assigned work, including Abraham who became a messenger. The following year, they were deported to Auschwitz. Up until then, the family had lived as a unit. Now men and women were assigned to separate railcars. Mordka felt that he and his older son might be able to escape, but that Abraham was too young. Therefore they went in one car, and Abraham accompanied his mother and sister in another. This ended up saving his life, because at Auschwitz, Abraham's brother was selected to be killed whereas Abraham was allowed to stay in the women's barracks with his mother and sister. Abraham again worked as a messenger. A female Kapo molested Abraham but bribed him to keep silent by giving him food for his family. At another time, she offered him a toy, but he refused saying that he could not play with a toy when his brother had been killed. Some time later Abraham was separated from his mother and sister and sent to a special children's block. When the camp was liquidated, Abraham and several other children decided to hide rather than go on the death march. They were liberated by the Soviet Army in January 1945. During the liberation of Auschwitz, Abraham ran away to a monastery. He was eventually taken by nuns to a United Nations Relief and Rehabilitation Agency (UNRRA) camp. Meanwhile his mother and sister were liberated from Ravensbrueck. They saw his name on a list of surviving children and came to get him. Mordka also survived and had gone to Germany. Chana and the two children went to Germany to join him only to learn he had left for Poland to find them. They all finally reunited in Hamburg in 1946. After spending a few years in displaced persons' camps, his parents then sent him to Israel to finish his high school education and returned to Germany. Together they came to the United States where Abraham attended Columbia University.