Wedding portrait of Zoltan Shiklos, cousin of the donor. 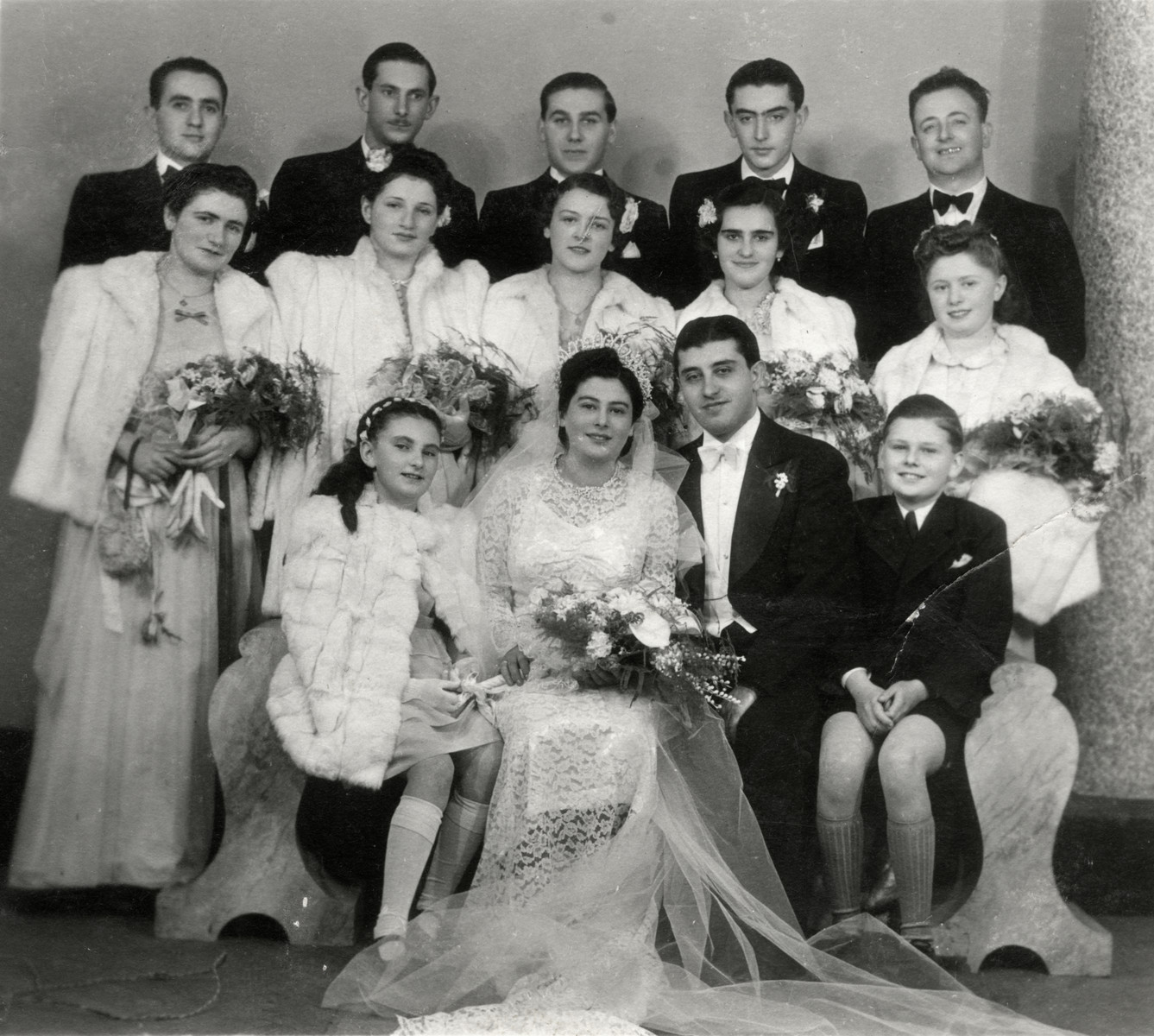 Wedding portrait of Zoltan Shiklos, cousin of the donor.

Zoltan Shiklos perished in the Holocaust. Agnes Somlo is pictured in the fur coat.

Biography
Agnes Gavish (born Agnes Somlo) was born on April 10, 1929 to Elizabet Schwartz Somlo (b. July 4, 1896) and Karl Somlo (b. October 6, 1888). Both of her parents were born in Budapest. Agnes' father owned a very elegant store that sold knitted wear in Budapest and was the only one in the city of that kind. The family was not religious. Agnes had one brother Gustave (b. April 8, 1921). When the Germans entered Budapest in March of 1944, Karl was forced to close his store. Agnes and her family remained in their apartment until April 1944 when they moved to a protected house marked with a yellow star on Nador Street #19. They lived in one room. On November 15th the government changed hands and thanks to Kasztner were able to get false passports (Schutzpass). Her father, who had been in the Ukraine with the Hungarian army from 1942, returned in 1944 and was sent to forced labor together with her brother. They received Schutzpasses as well and managed to escape and return to the protected house. On November 9, 1944 Agnes was taken from the protected house together with her mother and sister-in-law and sent to the brick factory where they remained for two days. Since she had a schutzpass she was released and returned to the Swiss hostel. Agnes was also able to copy her father's schutzpass. She went to visit her mother at the protected house and managed to smuggle her mother out to the Swiss hostel. Agnes then returned to their own apartment to get some clothes and asked the concierge to accompany her. Her father managed to bribe two escaped soldiers to take him to the Swiss hostel as well. Gustave was also reunited with them.

In December 1944 the Germans located the former cashier of Karl's store, brought her to the store, and forced her to price everything in it which was then all sold by the Germans to their own soldiers. The family was then told to go to the ghetto. Agnes was sick, but she went with her mother, father, and eight other people who stayed in one room. Her brother went elsewhere. They remained there until their liberation by the Russians on January 19, 1945. The family then returned to the protected house. However, Agnes went to stay with friends for a few weeks as they were afraid of soldiers raping young women. Eventually they found an apartment in Pest. The inside of the store had been burnt by the Russians, but her father managed to reopen it. After the war Agnes joined the Zionist Youth movement Hashomer Hatzair. She finished high school in 1948 and immigrated to Israel in 1949 on the Ship Galila. In February 1949 she married Haim Gertler (Gavish) and had two children (her son was killed in Chile in an airplane accident in 1982), three grandchildren, and one great grandchild. Her daughter lives in Israel.