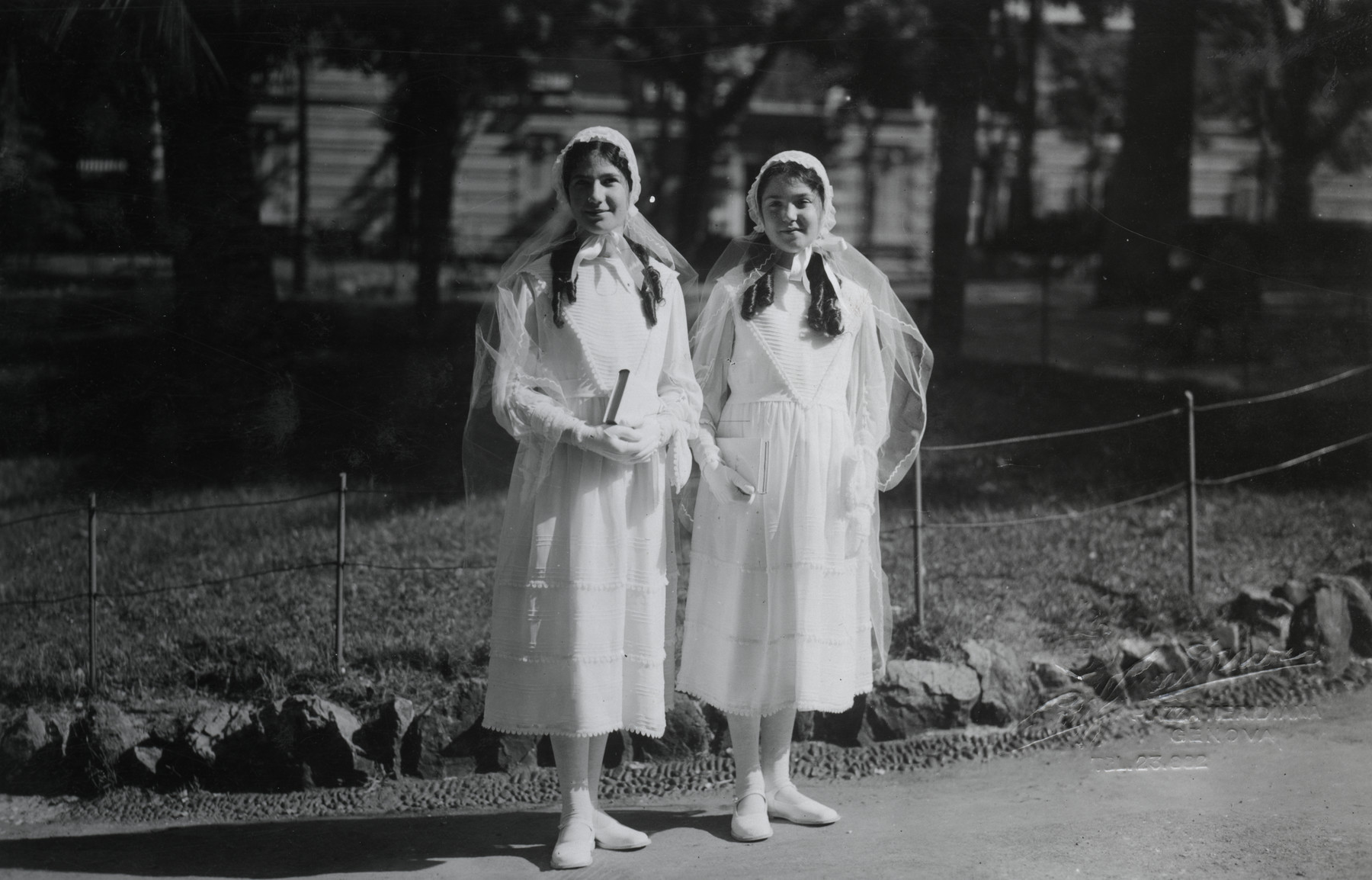 Biography
Liana Nizza (born Liana Morpurgo) is the daughter of Umberto Morpurgo (b. Ancona 1877-1956) and Margherita Pacifici (b. Florence 1888). Her mother died of natural causes in 1935. Liana was born on October 18, 1920 in Genoa, and her younger sister Alda was born two years later. Her father Umberto was the director of a bank, a stock broker and also president of the Jewish community of Genoa. The family was traditional. Liana attended a Jewish elementary school and later the Ecole Suisse in Genoa. She also attended the Conservatoire de Piano. After Italy imposed racial laws limiting Jewish freedoms in 1938, Liana was not allowed to take her final exams at the conservatory. Umberto was expelled from the stock market but managed to advise clients during the period clandestinely in order to provide for the family. Liana's fiance, Ugo Nizza, lost his job with the Ministry of Finance and was expelled by the Department of Economics at the University of Genoa. He found a job in a store that was owned by Jews who were later deported, never to return. The Morpurgo family remained in Genoa until the city came under bombardment in 1941. They moved to the small village of Chiavari, 50 kilometers away and remained there until 1943. Following the Allied invasion of southern Italy, German tro0ps invaded northern Italy that fall and began implementing the Final Solution. In October 1943, the Morpurgo's went into hiding with false papers. Before the arrival of the Nazis, Umberto Morpurgo went to the Jewish community office each day to make sure everything was normal. One day when he called the "Shamash" (community administrator) answered the phone differently and told him he should come. This concerned Umberto but he decided to make an appearance anyhow. On his way he met a friend who told him to hide immediately. Umberto then called Ugo after he learned that the Shamash had been ordered to ask the Jews to come to the synagogue where they would be rounded-up. Umberto and Ugo then went to find Liana and they all rented another apartment where they lived as Christians until April 25, 1945. Liana's sister married in 1941. She and her husband moved to Rome, gave birth to a son in 1943 and remained there until the end of the war. They were not in contact with the rest of the family while they were in hiding.

After liberation, Liana and Ugo married in 1945 in Genoa. They have two children: David born February 22, 1947 and Margherita born June 14, 1949. David married Cecilia Cohen Henri (b. Alexandria, Egypt) and has four children: twins Nicol and Anna, Sharon and Michel. Nicol married Guy Gordon and has two children: Maya and Tamar.