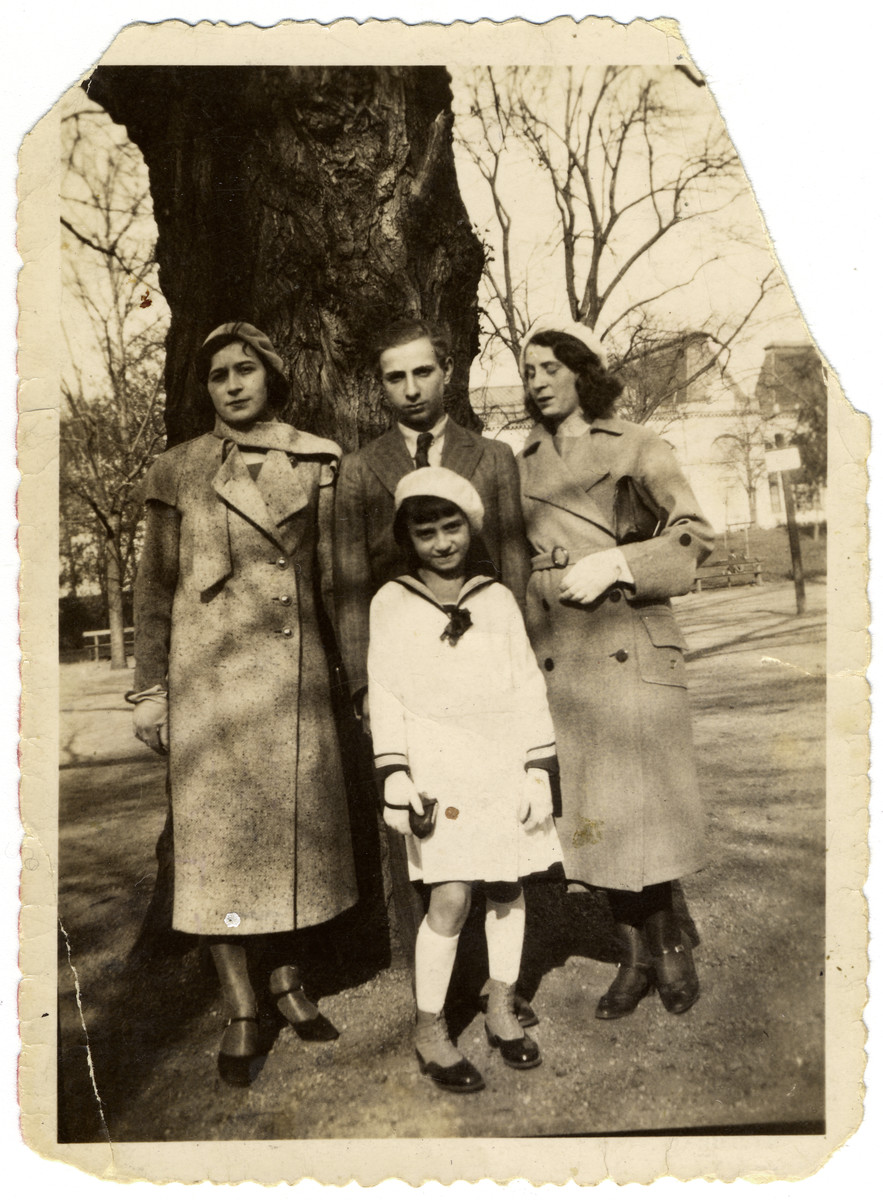 Pictured are the siblings of Katalin Biel -- Gizella, Jeno, Ibolya and Teri Herland. All four were deported to Kamenets Podolsk where they perished.