Campaign poster in German for the plebiscite as to whether Upper Silesia should fall under Polish or German control. 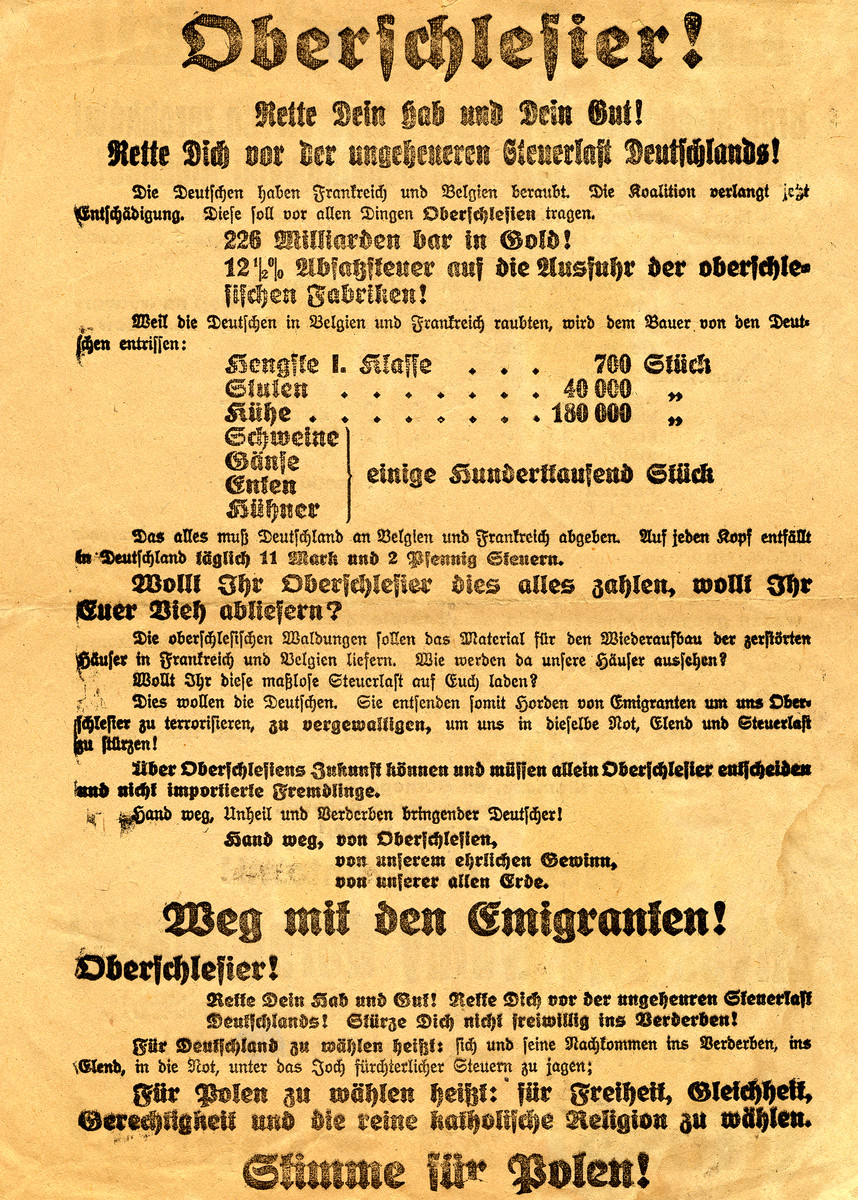 Campaign poster in German for the plebiscite as to whether Upper Silesia should fall under Polish or German control.

This poster campaigns for Polish control. It states "People of Upper Silesia, defend yourself from German taxes. Do away with immigrants. Vote for Poland".