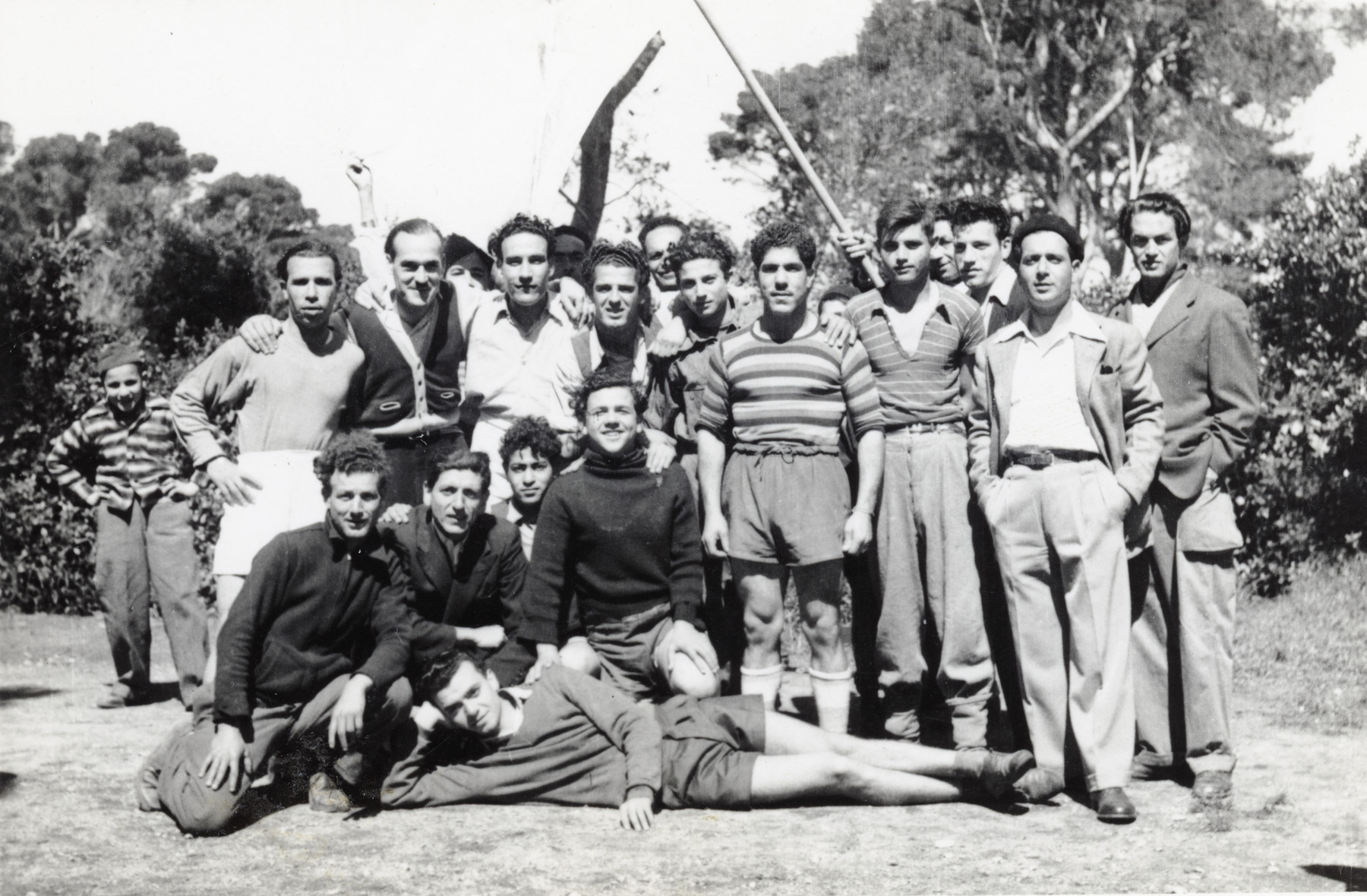 Shimon Sousson is in the first row (second from the right) with his hands in his pockets.