Street portrait of the Rabbi of Krosno, Rabbi Schmuel Fuehrer. 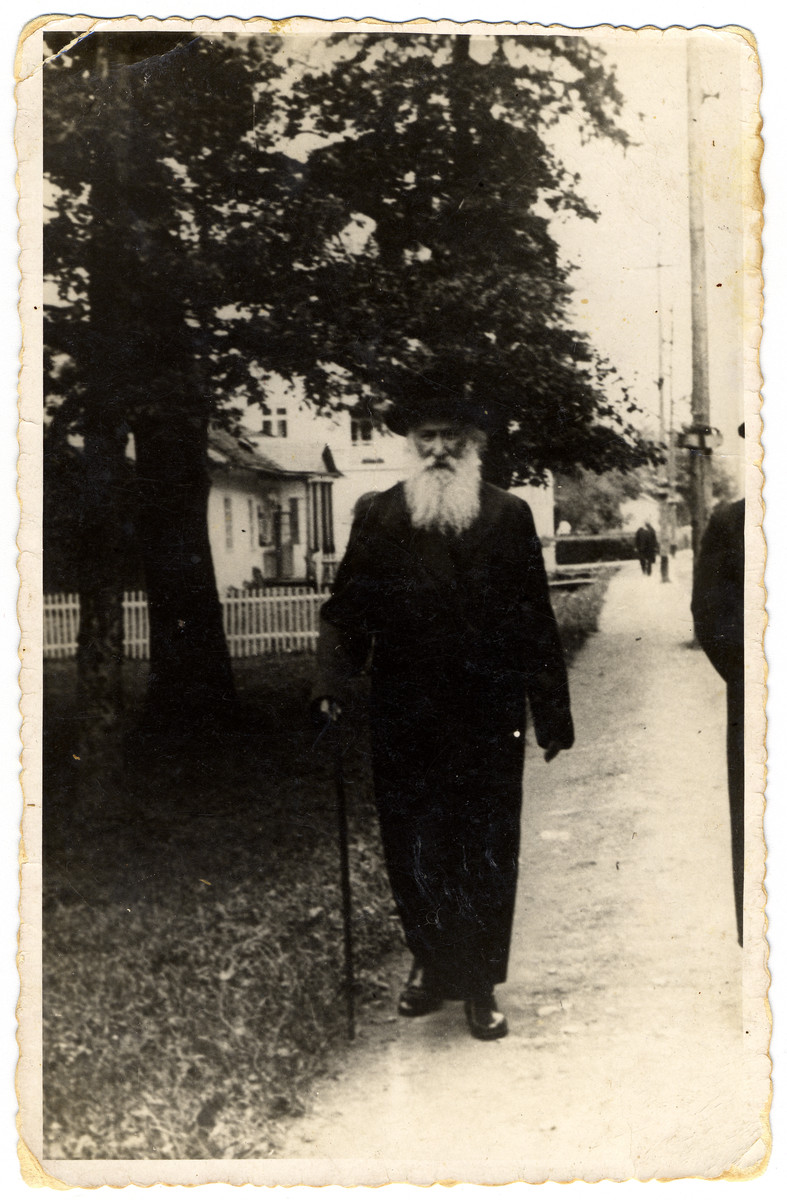 Street portrait of the Rabbi of Krosno, Rabbi Schmuel Fuehrer.

The caption on the back of the photograph reads: "received on July 9, 1939 in Truskawiec".