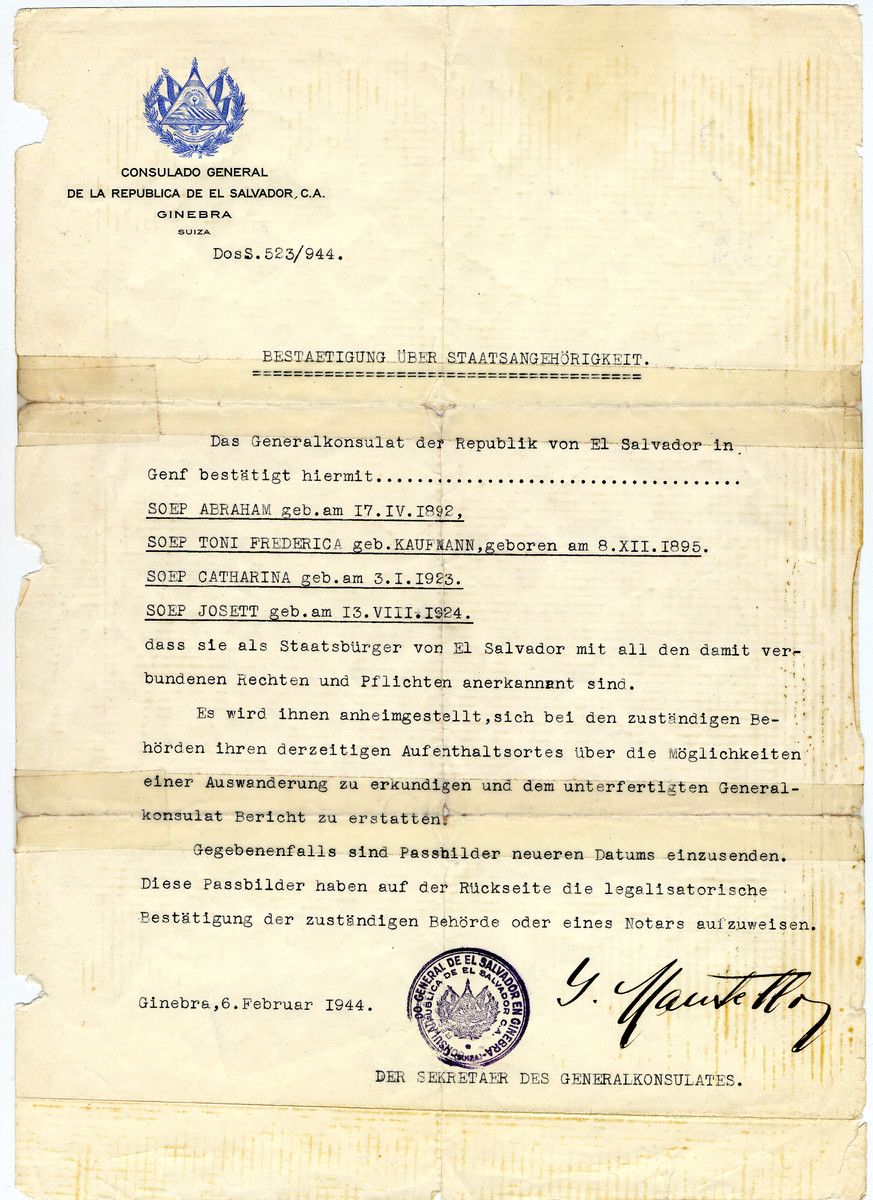 This certificate may have been responsible for them receiving special privileges in Bergen-Belsen.