Norbert Wollheim addresses the crowd during the dedication of the Holocaust memorial at Bergen-Belsen. 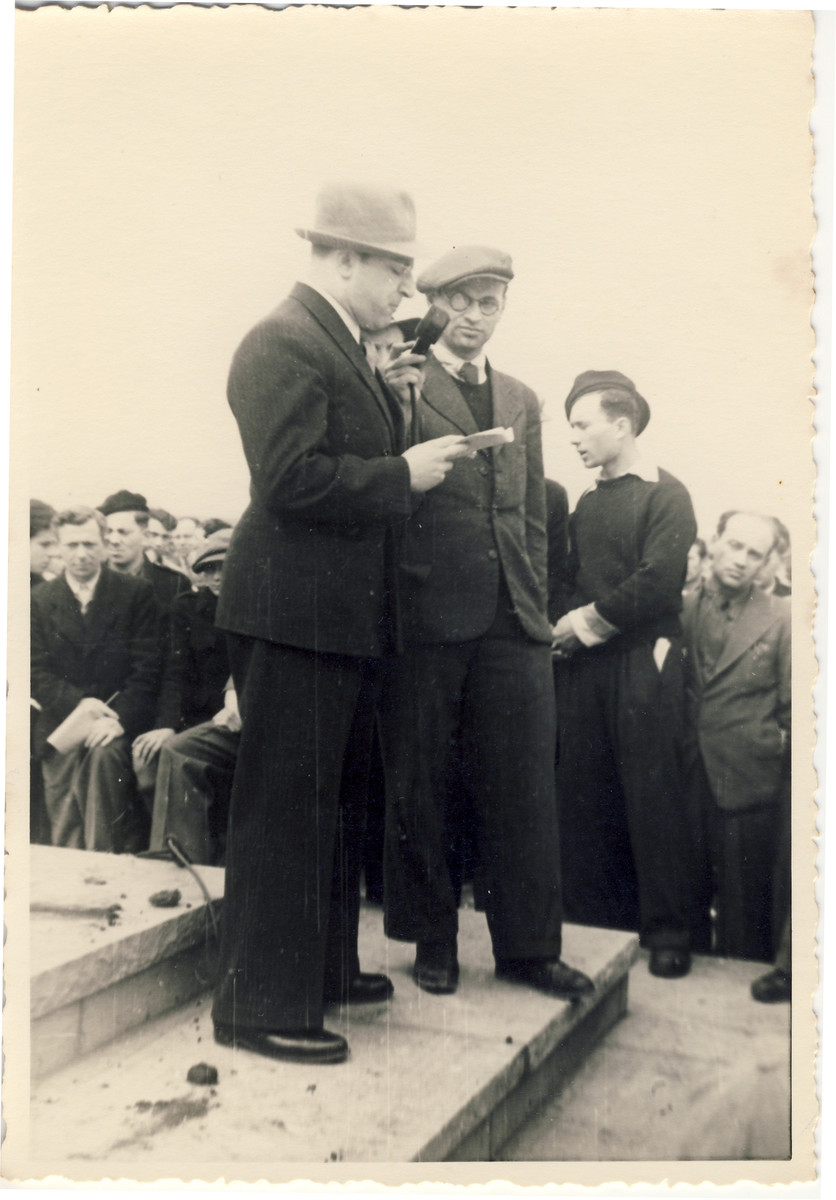 Norbert Wollheim addresses the crowd during the dedication of the Holocaust memorial at Bergen-Belsen.

Biography
Yehoshua and Rivka (nee Veber) Begun (the parents of the donor) worked as aid workers in Bergen-Belsen after the war. Yehoshua was born in March 1915, in Horodok to Yaakov and Ester Begun. He immigrated to Palestine and served in the Jewish Brigade. After the war he came to Bergen-Belsen in 1945 where he planned and helped build the memorial to the victims of the concentration camp.

Rivka Veber was the daughter of Zalman and Judith Veber. Rivka was born in Kovno, Lithuania on November 24, 1921. When she was five years old, her family permanently immigrated to Palestine. Rivka returned to Europe in 1946 to attend the World WIZO Congress in Geneva as a representative of the Jewish Agency in Palestine. She remained in Europe assist with the displaced persons. She and Yehoshua met in the Bergen-Belsen displaced person's camp and married in Basel in 1947.

Yehoshua and Rivka lost many family members in the Holocaust. His father was shot and killed in the August 9,1941 shooting Aktion in the Forest Ulshny. His mother Ester and sister Zirel were killed in the forest the following year. His other sister Elka and her husband Dov Turkanitz and three young children Guta (age 8), Bracha (age 5) and Yisrael (age 1) were killed on Rosh Hashana 1942. His aunt Lea Kashtan was also killed together with her husband Asher and their three children Sarel, Sonia and Bracha. Rivka also lost much of her extended family in the Kovno ghetto in 1941 including her cousin Nechama Blumber, her husband Arie, her mother Rivel and sister Gitta. Her cousin Abrasha Brinaizen was also killed together with his brother David, mother Bat-Sheva and her husband Haim Brinaizen. Her uncles Shlomo Katz and Yechiel Veber were also killed.