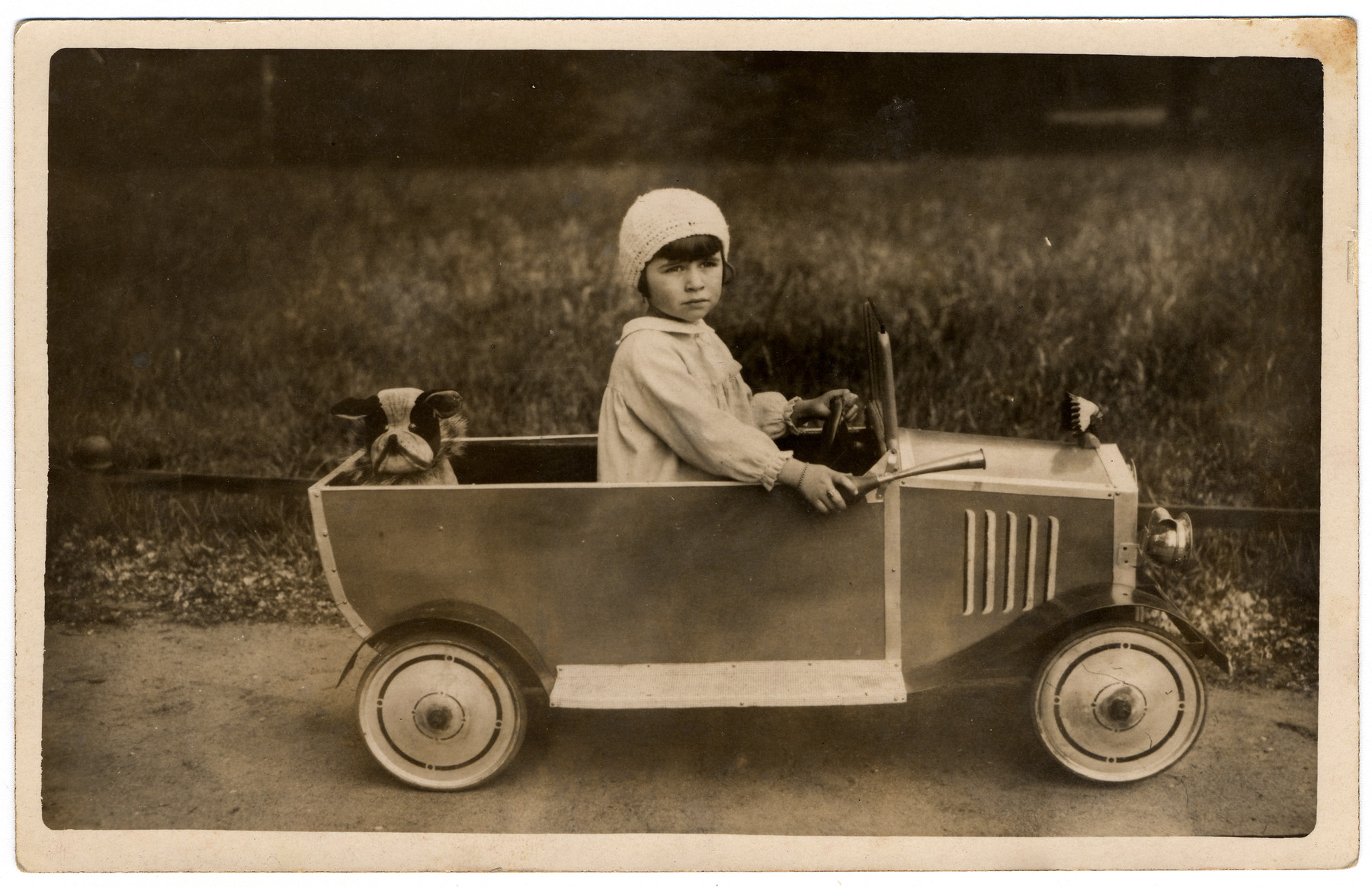 Biography
Sonia Pressman (later Fuentes) is the daughter of Hinda Leah (nee Dombek) Pressman and Zysia (Siegmund) Pressman. Both of her parents were born in a Polish shtetl called Piltz (Pilica). When Hinda was 10 years old, her mother died. Subsequently, Hinda's father remarried, and thereafter Hinda went to live with an aunt and uncle in Warsaw. She lived with them until she married Zysia and moved to Germany after the wedding. Zysia rented and managed a men's clothing store and factory, the Siegmund (Zysia's name in Germany) Pressman Herren Kleider Fabrik at 135 Skalitzer Strasse in Berlin. Sonia was born on May 30, 1928, in Berlin. She had one brother, Hermann, born on July 21, 1914 who was 14 years her senior. Her brother began a diary in German shorthand on his 18th birthday in 1932, which he maintained for three years until sometime in 1935. It depicts Nazism's rise to power during these years and the economic and political changes that took place in Germany as a result. (He later donated this diary and its English translation to the United States Holocaust Memorial Museum.) On April 1, 1933, the Pressmans' clothing store was officially boycotted along with other Jewish-owned businesses, and Hermann began his flight that eventually brought him to New York City. He first fled to Antwerp, Belgium, where a few months later he was joined by his parents and sister. In April 1934, the family emigrated from Europe sailing to the United States on board the Red Star Line's S.S. Westernland. They arrived in New York City on May 1 and settled in the Bronx. In 1936 the family moved to Woodridge, New York, in the Catskills. Sonia later attended Cornell University and the University of Miami School of Law. She became the first female attorney in the Office of the General Counsel at the Equal Employment Opportunity Commission (EEOC) and a founding member of the National Organization for Women (NOW). She is the author of Eat First --You Don't Know What They'll Give You,The Adventures of an Immigrant Family and Their Feminist Daughter.