A German guard poses with female forced laborers in the Deblin ghetto. 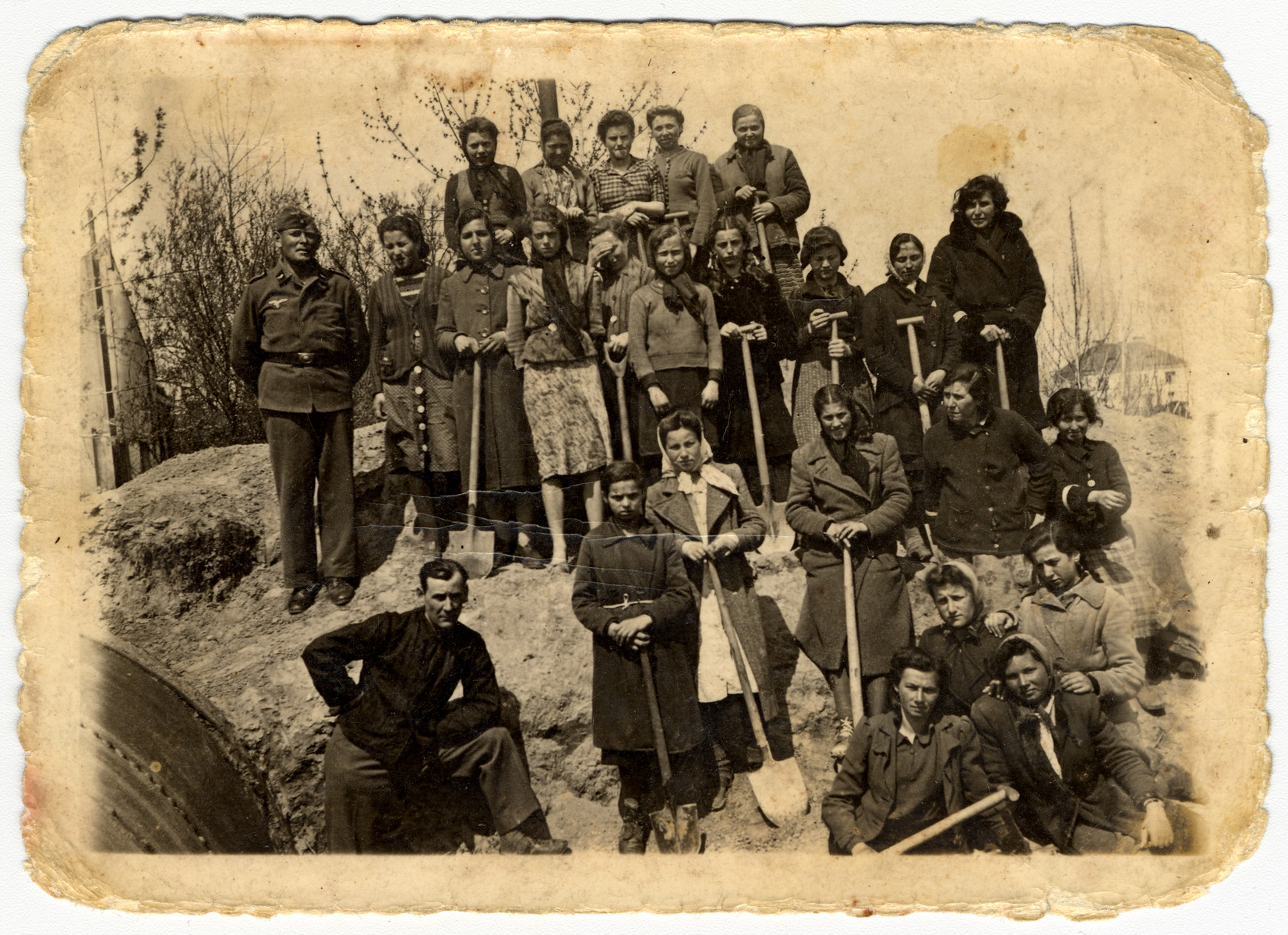 A German guard poses with female forced laborers in the Deblin ghetto.

Elcia Rechenman is standing without a tool in the center wearing a sweater and kerchief.