A Greek Jewish family poses in front of a building in ruins. 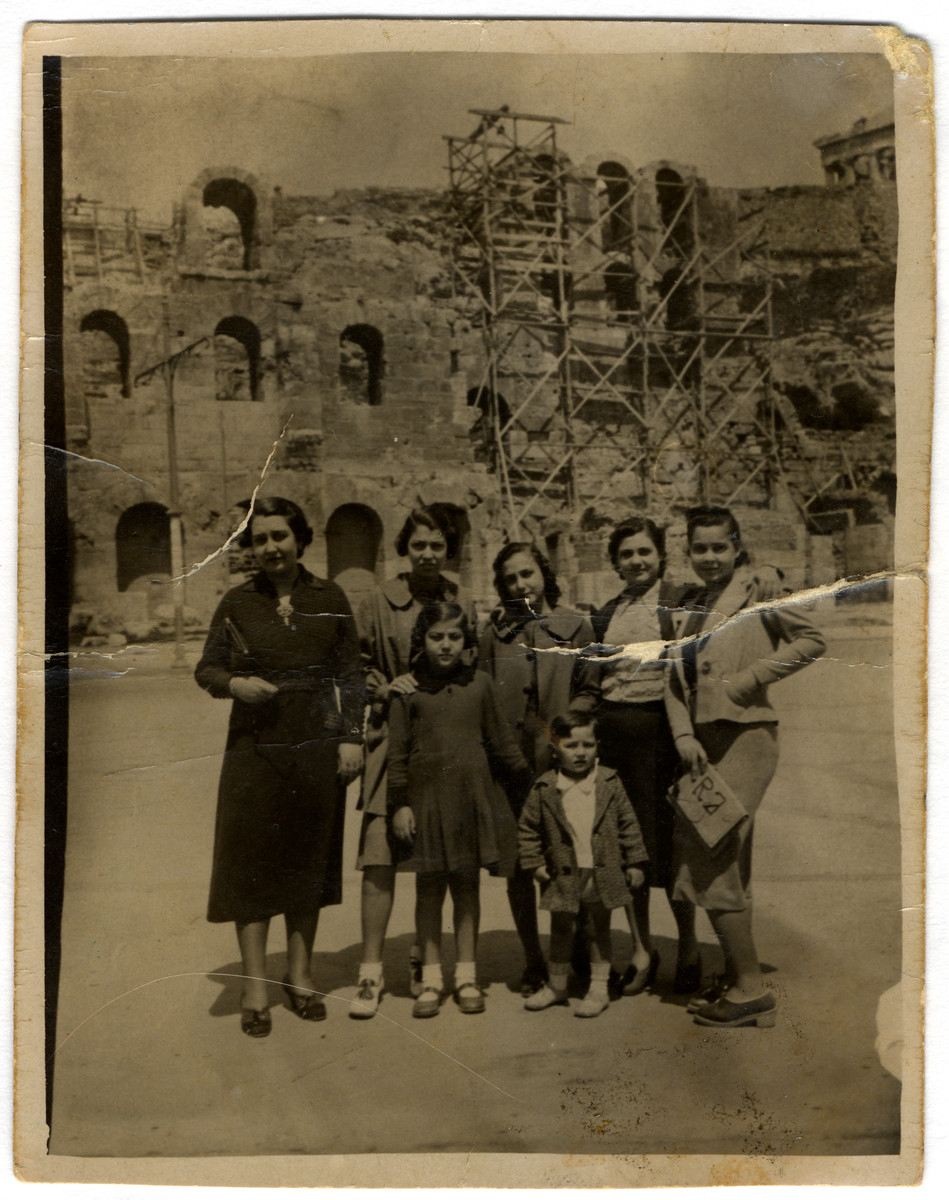 A Greek Jewish family poses in front of a building in ruins.

Among those pictured are Claire Jesurun (later Elhai), and her siblings Gilda, Renee, Susee, and Ralph.