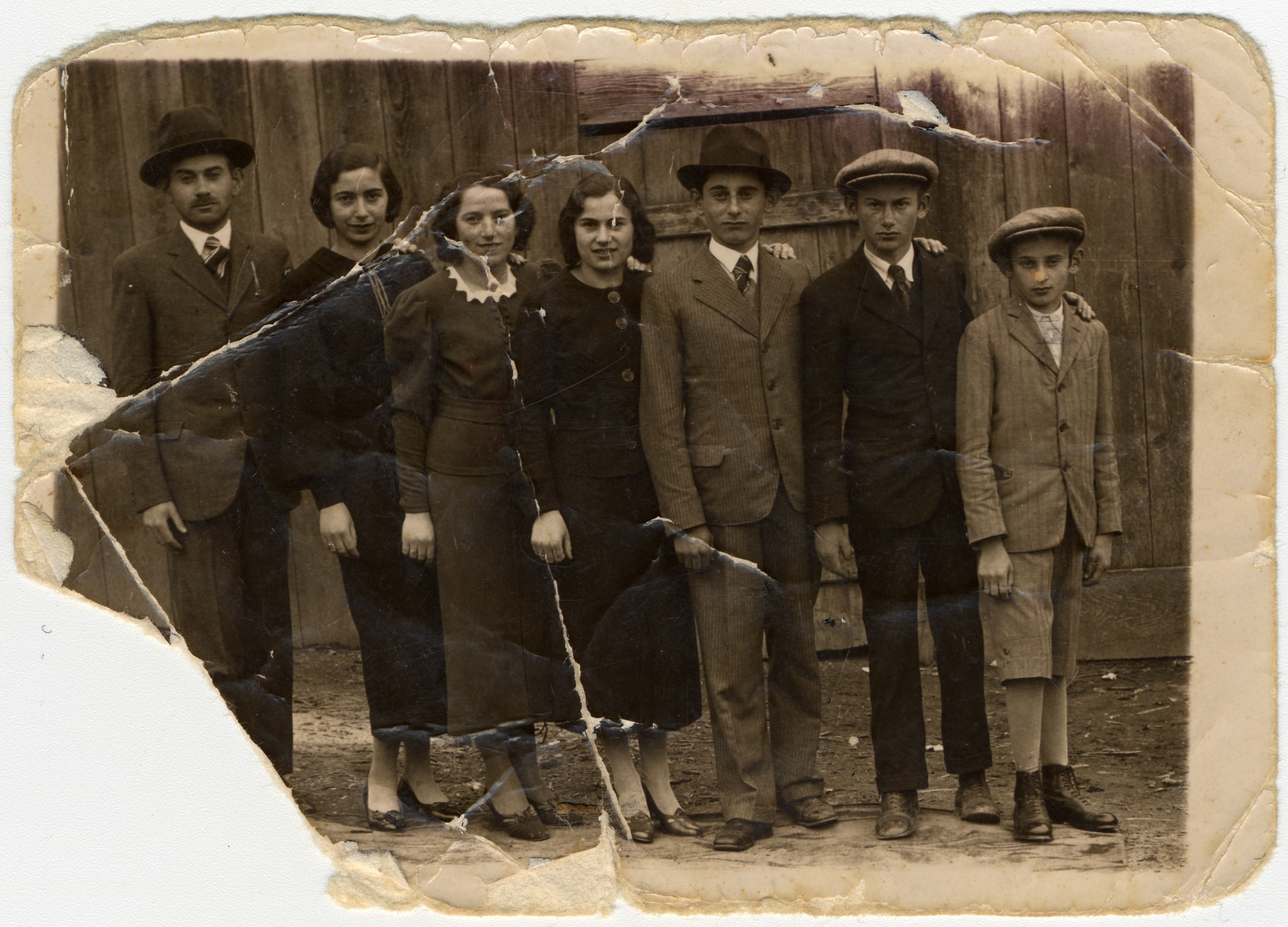 Pictured in the center are Yitchok, Blanca and Chaya. They immigrated to Palestine. The others all perished.

Biography
Marta Ganzl (later Schmidek) is the daughter of Flora Kisnar (b. 1896) and David Ganzl (b. 1896). She was born on October 21, 1924 in Bercel, Hungary. Marta had a sister, Erna Ganzl (b. September 13, 1925) and a brother Mikos Ganzl (b. January 10, 1927). On October 21, 1942, Marta married Paul Schmidek in Vac where they had moved. Her husband was a teacher. In 1943 Paul was sent to the St. Andre Labor Camp where he remained from January 5 - April 1943 and from there was sent tot he Ukraine for forced labor. In May 1944 a ghetto was formed in Vac; Marta lived there for four weeks where she worked sewing uniforms in a tailor shop. Marta hoped to join her parents who were in another ghetto in Balassagyarmat, Hungary and she asked for a travel pass. She had a pass to go in and out of the ghetto to work and at some point she received a postcard from her father telling her that he was going to be deported together with her brother. He gave her a name of some Christian friends who could help. Since she could go in and out of the ghetto, she prepared things to sell and found a building near the tailor shop where she worked, with pigs and chickens. She decided if the ghetto was liquidated she would hide there. Dressing as a peasant, she escaped in the middle of the night when the deportations began. She stayed for a few days and realized that she couldn't remain there alone and left reaching the main street where she found her way to the Christian friends of her father who gave her shelter for a few nights. She eventually found her way to Budapest where she worked in a Safe House. She lived as a Christian with false papers until liberation. In February 1945 she returned to Wacs; she reunited with her husband the following day. They remained there for a few years and had a daughter born in 1946. She immigrated to Israel in the late 1970s. Marta's immediate family all perished in the Holocaust. Both of her parents were killed in Auschwitz. Her sister Erna died in Belsen and her brother Miklos died in Budapest.