A group of friends goes for a hike in prewar Poland. 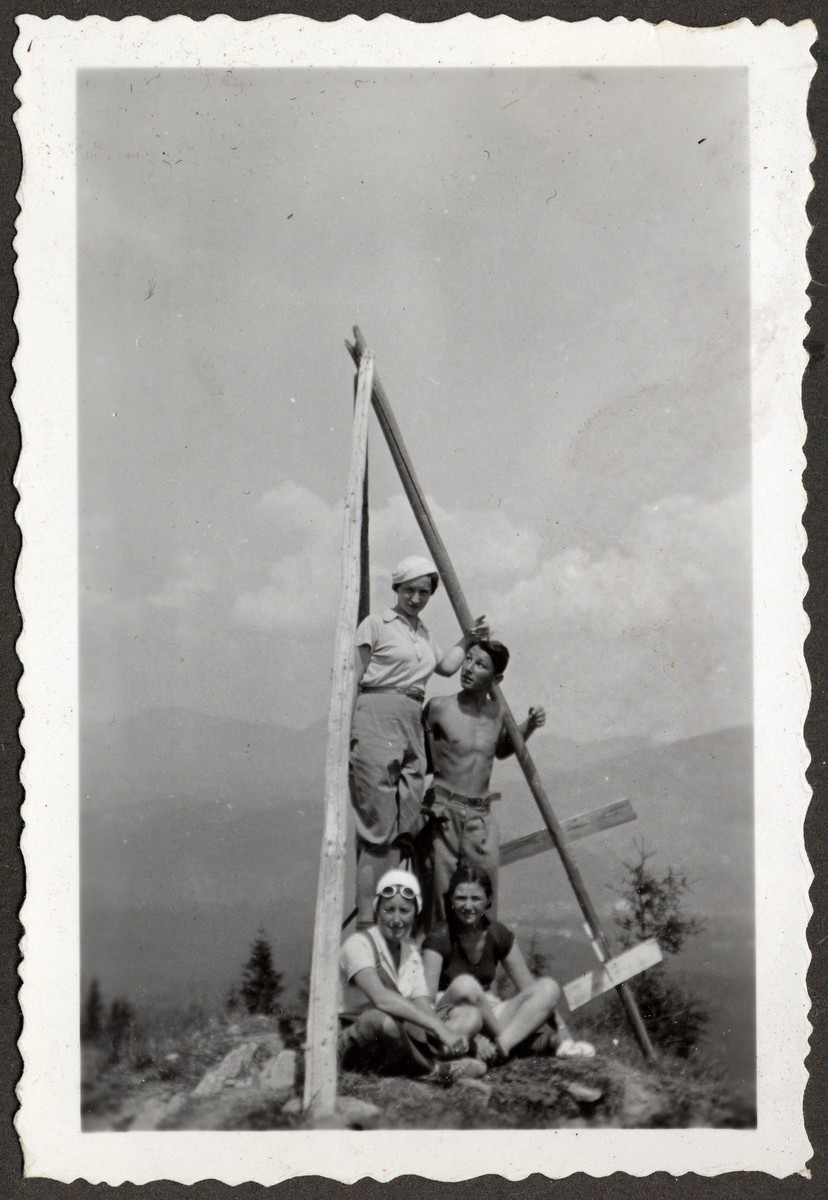 A group of friends goes for a hike in prewar Poland.

Nadzieja Solomon Klein is at the top of the pyramid.