Lili (Frydman) Frankel poses with her bicycle in the Bergen-Belsen displaced persons' camp. 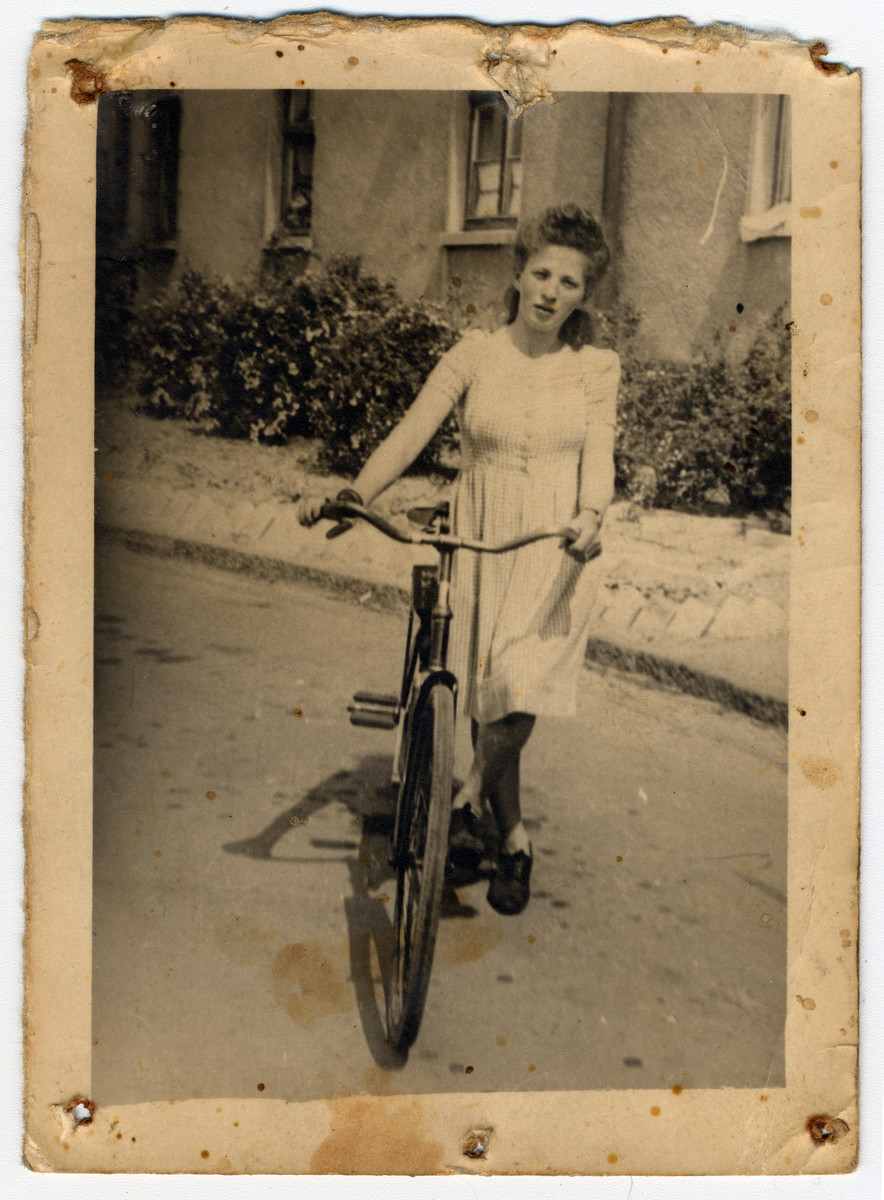 Lili (Frydman) Frankel poses with her bicycle in the Bergen-Belsen displaced persons' camp.

She is wearing a dress purchased for her by her roommate at the camp, who had a job. It was the first dress she had worn as an adult.

Biography
Lili Frydman was born in Hungary on November 10, 1923, and moved to Piotrkow, Poland at an unknown date. In 1939, she was compelled to move into the Lodz Ghetto. She was deported to Auschwitz-Birkenau in 1941, where she was tattooed with the number A6175. By 1942, she was transferred to Bergen-Belsen, where she remained until the end of the war. She was liberated at Bergen Belsen on April 15, 1945 by the British army.

Towia Frenkiel (later David Frankel) was born in Lodz, Poland on June 4, 1914. He was imprisoned at Auschwitz, along with his mother, father, and older brother, who all perished there.

Lili and Towia met in the Bergen Belsen displaced persons camp. They were married in May 1946, and their first son, Abraham, was born there on March 3, 1947. Through HIAS (the Hebrew Immigrant Aid Society), they emigrated to the United States in 1950. They settled briefly in Louisville, Kentucky, then moved to Chicago in 1950, where their second son, Fred was born in 1952.