Zionist youth in a Shomer Hatzair camp pose in the formation of a Jewish Star. 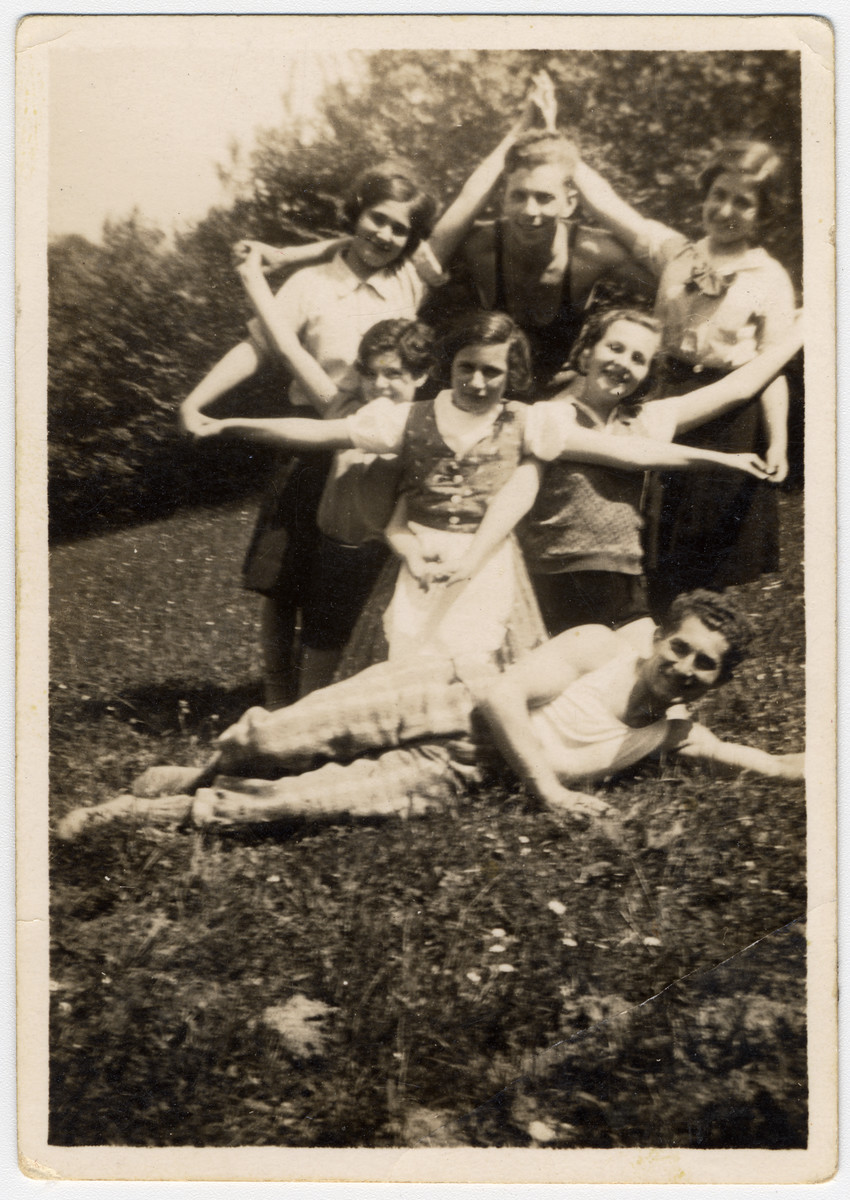 Zionist youth in a Shomer Hatzair camp pose in the formation of a Jewish Star.

Andor Willer reclines on the ground underneath.