Group portrait of four friends, all members of the Craotian Maccabi team. 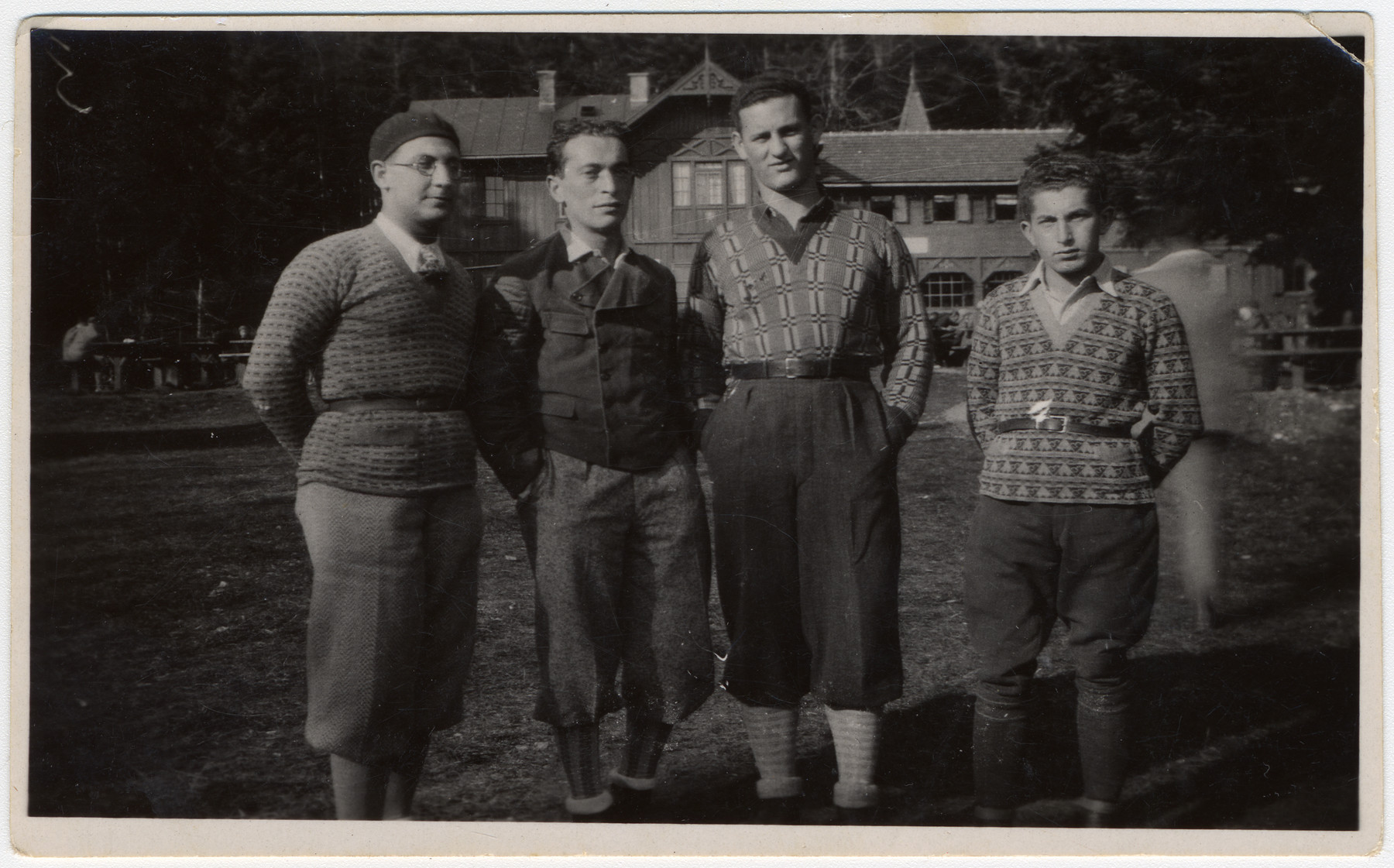 Group portrait of four friends, all members of the Craotian Maccabi team.

Andor Willer is standing on the far right. The man to his left survived and moved to Israel. The other three all perished.