Sonia Boldo lies in a flower bed holding a kitten in prewar Nowogrodek. 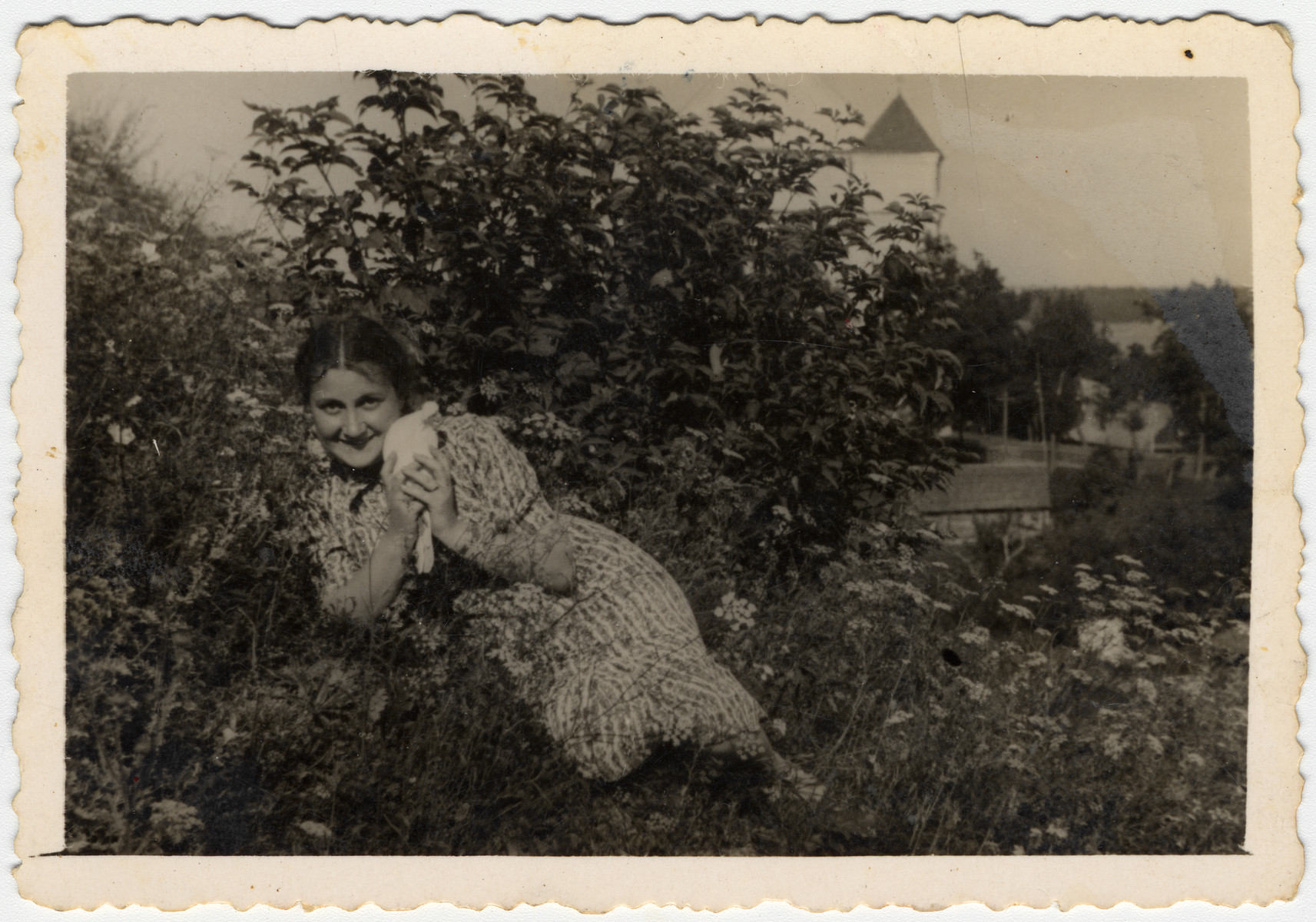 Sonia Boldo lies in a flower bed holding a kitten in prewar Nowogrodek.

Sonia escaped from the Nowogrodek ghetto in 1942 and came to the forest. There she met and married Zus Bielski.