Former partisans from Belorussia and Lithuania gather for a reunion in Palestine. 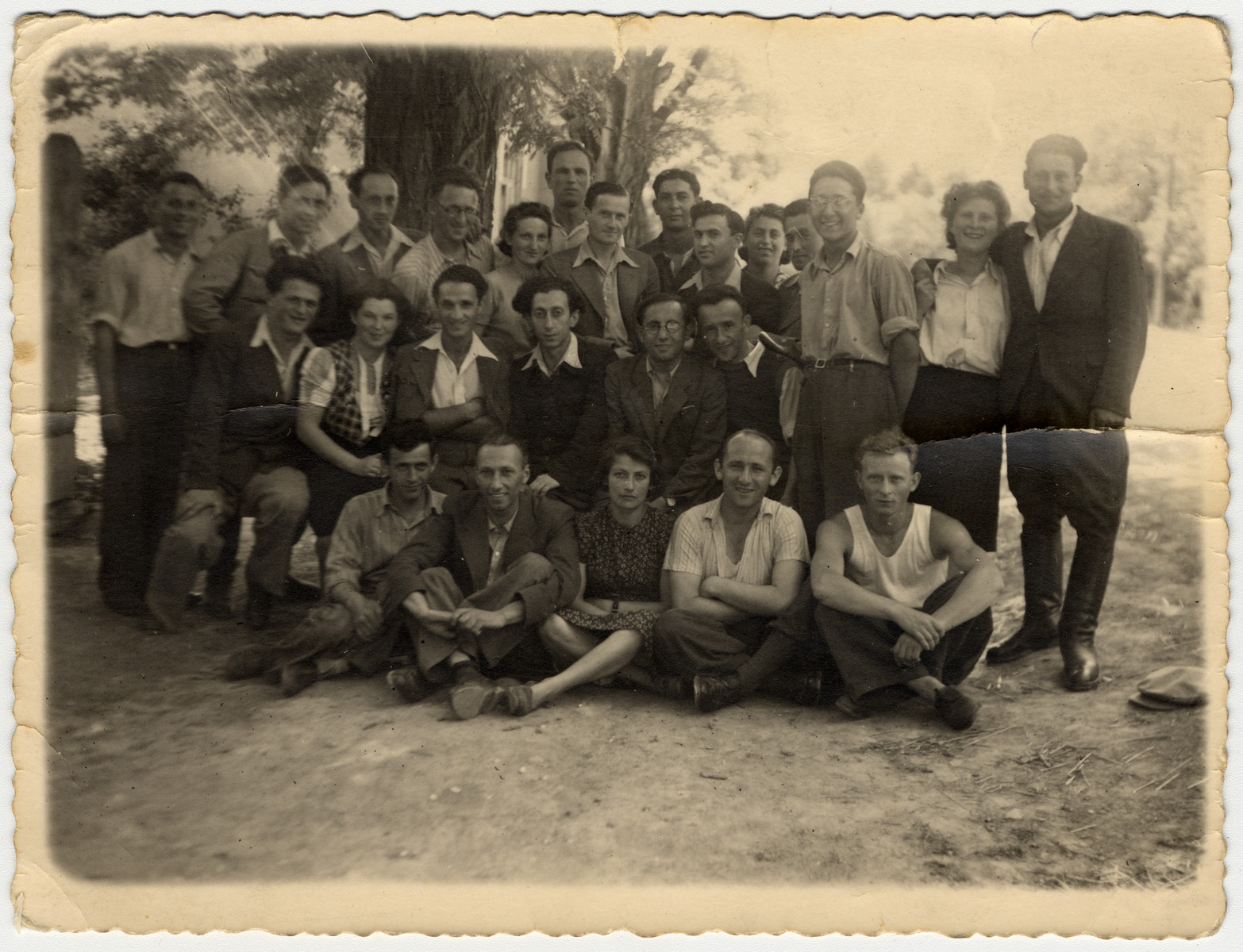 Former partisans from Belorussia and Lithuania gather for a reunion in Palestine.

Zus Bielski is in the back center. Abba Kovner is seated in the center, second row. His wife Vitka Kempner is behind him. Shmerke Kaczerginsky is standing third from the left.